“Moving pictures merely repeat what we have been told for centuries by novels and plays. Thus, a marvelous instrument for the expression of poetry and dreams (the subconscious world) is reduced to the role of simple REPEATER of stories expressed by other art forms”-Luis Bunuel. 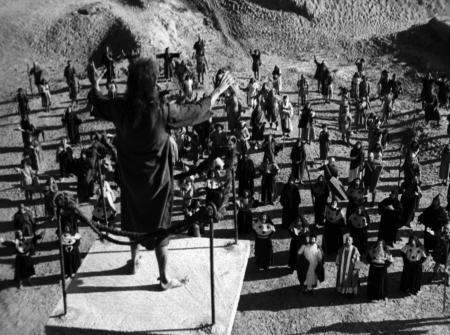 Simon of the Desert (1965) was Buñuel’s final Mexican film before moving to France. His Mexican period is often considered a repository of “anti-religious” films, although a more apt description might be “anti-ecclesiastical.”  This 45-minute pilgrimage is an incomplete work (due to haphazard funding), but even in its truncated state, it is a shockingly substantial work. 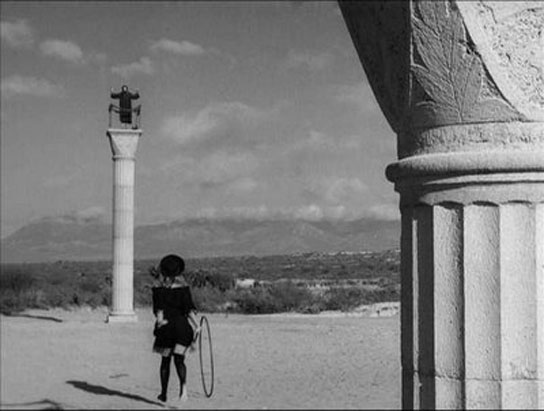 The ascetic fifteenth century Saint Simon Stylites (Claudio Brook) has spent his life atop a pillar in order to get closer to God. A wealthy patron has an even larger pillar built for the holy man and so, after six years, six months, and six days, Simon, reluctantly, comes down from atop his ivory tower, albeit briefly, to “move up” in the world. Detached irony abounds. As in Nazarin, Buñuel presents a religious figure as a fool, but a stubbornly determined fool to be identified with and admired, with detachment.

END_OF_DOCUMENT_TOKEN_TO_BE_REPLACED

Viridiana (1961) has quite a reputation among film critics and historians, often being listed as one of Luis Bunuel‘s best efforts. It is certainly among the most heterodox offerings in his considerable canon.

Viridiana marked Buñuel‘s return to his native Spain after a twenty-five year absence. With the fascist Franco still in power, Buñuel was severely criticized and accused of making his bed with the enemy, but the filmmaker’s critics should have known better. Buñuel had an ulterior motive, with a predictably incendiary opus tucked securely in his Surrealist vest pocket.