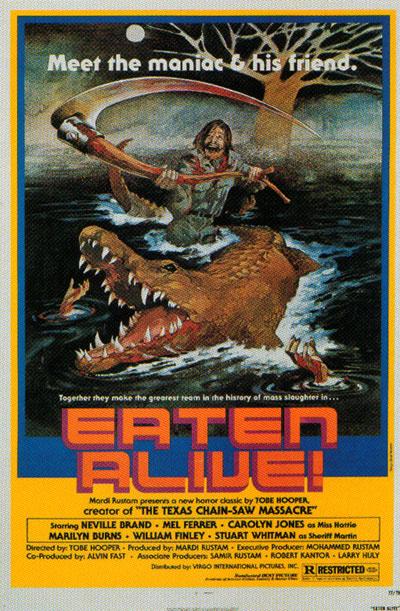 The beauty of the 1970s is its obsession with multifarious genres and trends, but the hardly means all the movies are good. A case in point is Tobe Hooper’s Eaten Alive, which jumps on the killer animal bandwagon started by Bruce the shark, who shows up here as a laughably fake big green scaly lizard. Naturally, Hooper taps into his own hayseed folk focus, which include Texas Chainsaw‘s tied-up Marilyn Burns, a very creepy Neville Brand, an almost unrecognizably made up Carolyn Jones, and a very kinky fellar named Buck, played by Robert Englund. Another 70s tendency, which would be unthinkable in the next decade, is the terrorization of tykes. Here, a poor little crippled girl gets to witness her doggy become gator bait. She’s further terrorized by dysfunctional parents, including a pappy lookin’ for a nonexistent eyeball (!)  It’s a weird indie (but, by no means not List-worthy). Hooper is still in full exploitation mode before Spielberg ruined him with a professional filmmaking lesson for Poltergeist (1982)—not a bad movie per se, but with a few exceptions, it threw Hooper permanently off course.

No award will given for guessing what film Mako: The Jaws of Death (directed by William Grefe) is shamelessly ripping off. It stars Richard Jaeckel using sharks to exact revenge. Better is William Girdler’s Jaws-with-claws, Grizzly, which stars Christopher George and the busy Jaeckel (again). It’s an unadulterated rip-off, made all the better for its trashiness.

Jeff Liberman’s Squirm is a hoot. Think Jaws as a buncha earth worms. It’s roguish humor is winning. It was a video store favorite for years, usually found next to the sticky floor section. 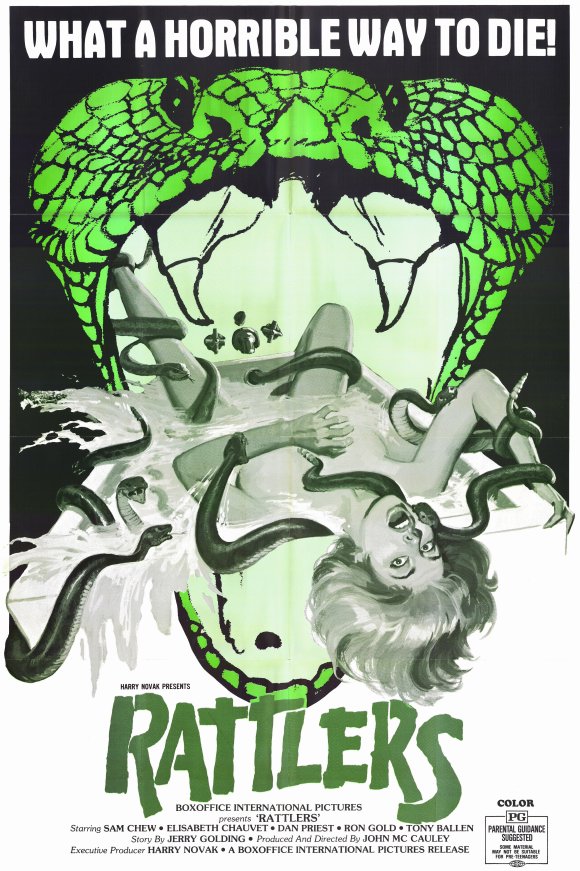 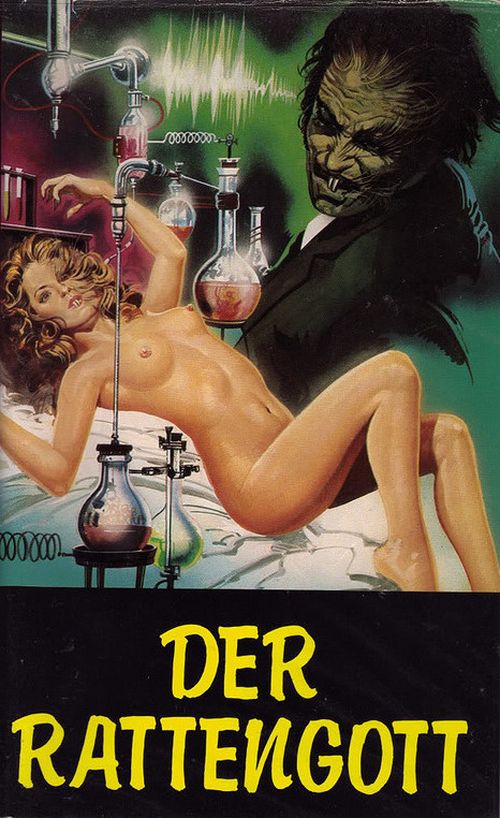 Frustratingly, The Rat Savior (directed by Krsto Panic) remains an elusive gem. It won several awards at genre festivals, was available briefly on beta-max, was shown rarely on television and in arthouse cinemas (where I caught it a quarter of a century ago), and is only available on YouTube, devoid of subtitles or dubbing. It has recently been released on a PAL DVD in its original Yugoslavian language, which will hopefully pave the path for an accessible statewide release. Based on the novel by Alexander Greene, it’s a rodent-infested variation on body snatchers crossed with John Campbell’s shape-shifting “Thing.” The nasty cheese-eaters kill and impersonate human victims. The resident scientist (Ivica Vidovic) develops his own pesticide. However, once the rats impersonate a human, there’s no way to differentiate them, and mistakes are bound to happen. The Rat Savior is allegorical, political paranoia; a one-of-a-kind film, awaiting rescue from obscurity. 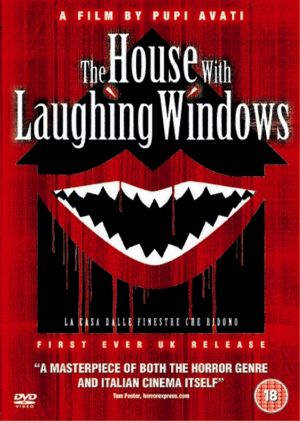 The House With Laughing Windows (directed by Pupi Avati) is a rare giallo that’s more unsettling than stylish. Already covered at 366 movies (as a capsule), it’s a bizarre mystery centering around an enigmatic fresco of the martyrdom of St. Sebastian and warrants exploration for fans of the genre seeking something off-kilter.

How can an exploitation film starring Klaus Kinski and Josephine Chaplin, revolving around history’s most famous serial killer, go wrong? Simple: Jack the Ripper is directed by Jess Franco, who lazily adds gore to mask the lack of atmosphere, style, and enthusiasm. The performances can’t rescue it from Franco’s drab hands. 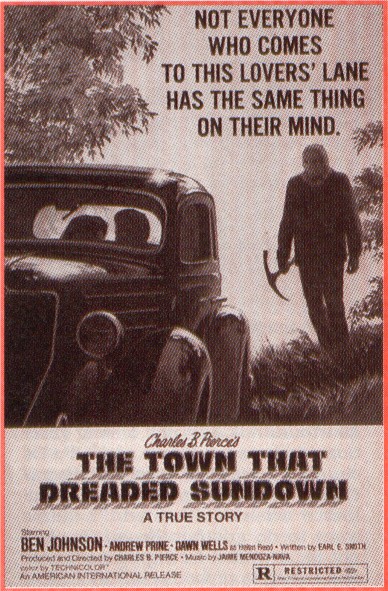 The Town That Dreaded Sundown is Charles B. Pierce’s obvious jump on the Texas Chainsaw Massacre bandwagon. Fortunately, it has its own attributes. Pierce, having previously done the pseudo-documentary horror The Legend of Boggy Creek (1973) (about the mythical Bigfoot) has a feel for the material, and injects a sense of hayseed humor in this tale purportedly about a real life, never caught Phantom Killer from 1946. 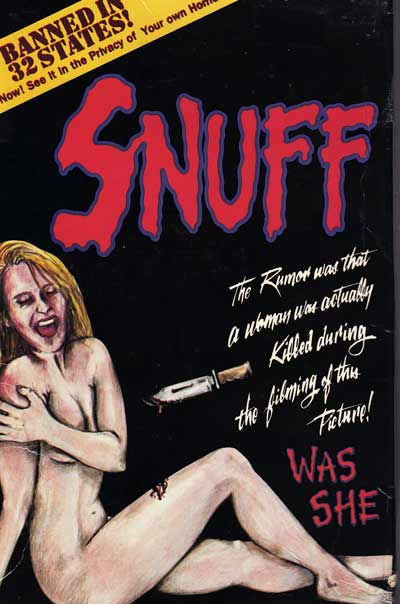 Snuff (directed—sort-of—by Michael Findlay) is really a hodgepodge that combines footage from a previous Argentine film, Slaughter(1970) together with a What’s Up Tiger Lilly spirit (but without Woody Allen’s wit). Of course, it’s not a snuff film at all, but it is beautifully idiotic—enough to be distributed on DVD by Blue Underground.

END_OF_DOCUMENT_TOKEN_TO_BE_REPLACED

Several years ago European avant-garde composer Pierre Boulez dismissed the cranky, experimental music of American composer Charles “take your dissonance like a man” Ives as “having come from an insurance salesman.” By contrast, Boulez’ own music is tinkly Euro-avant, a musical tradition that was given freedom towards academic experimentation by old money. Not a single Boulez work can get under the skin like Ives’ “Gong on the hook and ladder” or “Symphony 4.”

American horror has long had a fitful relationship with the American avant-garde; it has also been more genuinely disturbing than anything Europe has produced. Kentucky born Tod Browning produced jagged, feverish dreams while Brit James Whale produced well-crafted, sophisticated, and witty fairy tales. There is something far more unsettling in Lon Chaney painfully looping fishing wire around his eyeballs, or Lon Jr. “accidentally” strangling an extra, than there is in Boris Karloff’s passion for cricket. An avant-garde filmmaker even approached the infamous naive surrealist Ed Wood, hoping for a collaboration, but by then Wood was too drained and too ravaged by rejection to respond.