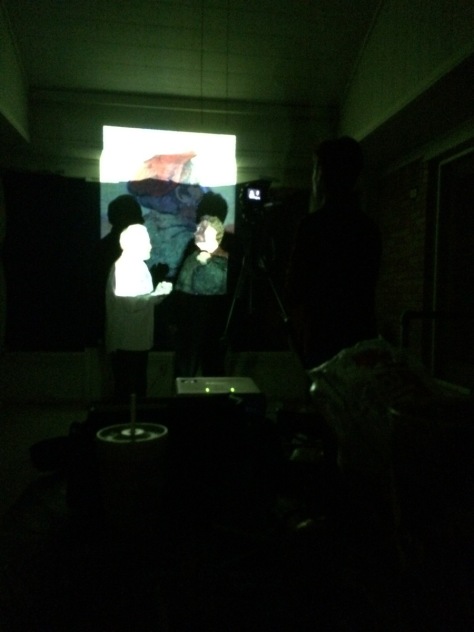 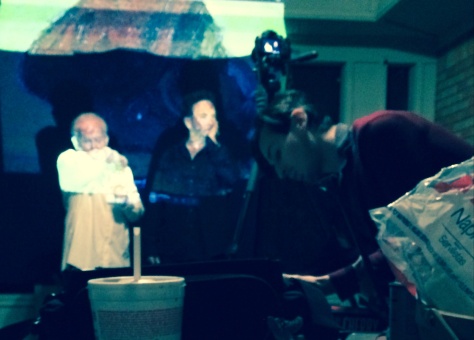 Apart from starting conceptually as a long featured film, Brother Cobweb has found its way to the Theatres as Performance art by Alfred Eaker himself.

It has also become a traditionally published novel. The audiobook and Graphic novels are well on their way. If you find “I was marreid to a mermaid” intriguing, you should definitely try the first chapters of the novel on Amazon Kindle

Alfred Eaker is Back With “I Was Married to a Mermaid”

There is one problem that I have with an Alfred Eaker film. It can be summed up most easily as “WTF?”

If as a moviegoer you crave narrative cohesion and a paint-by-numbers storyline, then you should be cautioned to stay as far away as possible from Eaker, an innovative filmmaker whose indie spirit manifests itself in short and feature-length films that are experimental in construction, thought provoking in themes, and more than a few moments where you’re left scratching your head mumbling to yourself “I have no idea what he means by any of this” but loving it anyway.

If you’ve ever read anything by Eaker or seen any of his other films, then you already know that he’s a guy who can weave a thread of spirituality into even the darkest of themes, a gift that can be both jarring and sublime. Those words, jarring and sublime, both came to mind as I sat down to watch Eaker’s latest short film, I Was Married to a Mermaid, a just over 11-minute short film that was created as part of a class at Indy’s Herron School of Art.

The film is part of a larger work-in-progress called Brother Cobweb, which is beginning its life as a novel. The film is a fictional piece inspired by Eaker’s experiences growing up in a Pentecostal church. After you’ve seen the film, you’ll likely find yourself going “Well, duh!” But, I digress. I would love to tell you what I Was Married to a Mermaid is all about. I would love to explain its themes, both philosophical and theological. I would love to weave my mind through its relational dynamics and its unresolved issues, but to do so would take far longer than the film’s 11-minute running time because even watching the film you’ll find yourself absolutely captivated by the film’s images, sounds, and words as they unfold before your eyes.

What I will say is, and I can say it with absolute conviction, is that there is a reason that Brother Cobweb (Eaker) is Brother Cobweb. Eaker hasn’t chosen his wording likely, and the memories and thoughts that unfold are shards of reality and fantasy and truth and fiction. Eaker, using his marvelous creation known as BlueMahler as the foundation for Brother Cobweb, has crafted a character both charismatic and rather frightening in his constant presence.

He is intricately woven into the lives of Mom (Vanessa Blake) and Pop (James Mannan), whose relationship is never fully explained yet is lived out with Mom’s constant listening to old fire and brimstone sermons on cassette tape while Pop mumbles about working on an unfinished manuscript lost in seeming disillusionment and a shattered faith.

I Was Married to a Mermaid is truly jarring in the ways in which Eaker and co-director J.Ross Eaker weave into the story a variety of dramatic images and ideas that have clearly impacted everything else that unfolds. Yet, there’s a richness of humanity as it becomes more and more apparent that we are watching what feels like an occasionally painful and occasionally very resolute spiritual disintegration.

To say that Eaker excels as BlueMahler (as Brother Cobweb) feels redundant, because BlueMahler is a performance art character created by Eaker in the early 80’s and his comfort in the persona is obvious and satisfying. Eaker excels in both his character’s quieter moments and in those moments when he truly comes to life.

Vanessa Blake also shines as Mom, a woman who is seemingly clinging to her faith despite, I’d suppose, the places her faith has taken her.

James Mannan, as Pop, gives what is no doubt one of my favorites of Mannan’s many performances. Mannan’s Pop is simultaneously broken yet crystal clear, resigned yet resolute, and heartbreaking yet surprisingly enlightened. Mannan serves up a layered performance that is both experimental and incredibly well defined.

The only real area that hinders the impact of I Was Married to a Mermaid is found in some of its early transition scenes, scenes that require a technological ability that isn’t quite present in this low-budget yet otherwise tremendously satisfying film. While these scenes do distract just a tad, one can also easily argue that their roughness fits with the stark themes carried out throughout the rest of the film. Remember that problem I talked about with Alfred Eaker?  It’s also the very thing that keeps drawing me to his films time and time again.

Look inside “Brother Cobweb,” the Novel

“Brother Cobweb” is now available through Open Books Press, Amazon, Barnes and Noble, and all major bookshops and distributors. If you want to understand the seed of Trump’s America, travel back in time 50 years and witness firsthand those who empowered him; the religious right white Evangelicals who are in fact Christian in name only talibangelicals hell bent on a self-fulfilled apocalypse…