The Road to Mandalay (1926) & West of Zanzibar (1928) represent the Tod Browning/Lon Chaney collaboration at the height of its nefarious, Oedipal zenith, brought to you, for your entertainment,  by Irving Thalberg. 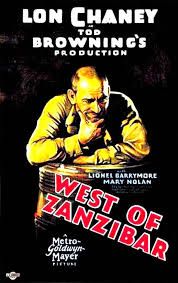 Unfortunately,  The Road to Mandalay exists only in fragmented and disintegrated state, a mere 36 minutes of its original seven reels.  In this passionately pretentious film, which is not related to the Kipling poem, Chaney plays “dead-eyed” Singapore Joe (Chaney achieved the eye effect with egg white) who runs a Singapore brothel.  Joe’s business associates are the black spiders of the Seven Seas:  the Admiral Herrington (Owen Moore) and English Charlie Wing (Kamiyama Sojin), the best knife-thrower in the Orient.  Joe’s relationship with his partners is tense and, often, threatening. 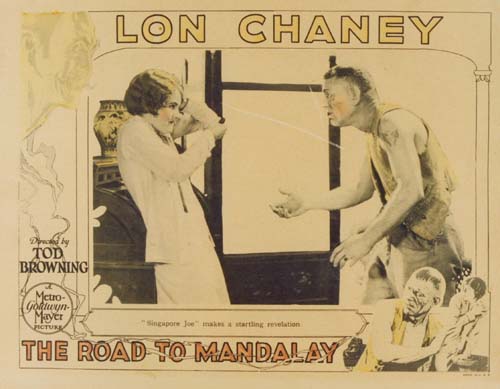