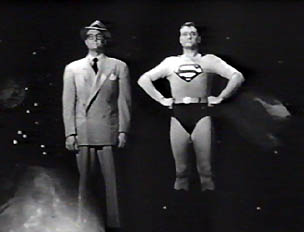 Today, few seem to pay mind to the artists, writers or creators of comic book characters. When as Indiana adolescents, Denny Stephens and I walked into Denny White’s comic book shop, we immediately knew -without looking at the credits, if a book was penciled by Jack Kirby, Frank Robbins, Gil Kane, Carmine Infantino, Neal Adams, Steve Ditko,  Mike Ploog, Curt Swan or Wayne Boring. In their place is a bland homogeneity permeating both the world of comics and the shops which market them. One book looks the same as the next, blending without seams, shorn of rough edges, entry points, atmosphere, originality, color, or inherent personality.One could say the same regarding the recent spat of films based on DC characters (not so with their television work, including animation where they rule their Marvel rivals. On the big screen, Marvel does it better).  While the 50s Television Superman was nowhere near as imaginative as stories being cranked out by Otto Binder in Superman Magazines, ( TV didn’t have the budget or, still in its infancy, the know how) the first season of The Adventures Of Superman has reached something of a silver age within itself.

George Reeves, Phyllis Coates, Jack Larson, John Hamilton, Robert Shane, Tommy Carr and Lee Sholem each put an individual stamp on the characters and episodes; a personalized milieu and individuality that today is alien to an audience whose primary concern towards character tends toward biblical fidelity and adulation. 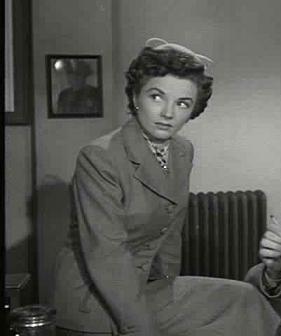 For many, George Reeves remains the quintessential portrayal of Clark Kent and his alter ego, Superman. It’s not out of nostalgia or because he was the first actor to portray the pulp character. In fact, he wasn’t the first at all. That honor belongs to Kirk Alyn who starred in the serials: Superman (1948) and Atom Man VS. Superman (1950). Alyn, who interpreted Kent as a kind of bumbling Jimmy Stewart character, simply doesn’t inspire. That lack of inspiration isn’t just limited to the serial’s quality. Certainly, many of the later television and big screen incarnations were equally poor in writing and execution. Rather, it’s due to Alyn’s Kent, which set the blueprint for the later Christopher Reeve performance: Kent really isn’t Kent.He’s Superman and the newspaper paper reporter is just a caricatured facade. 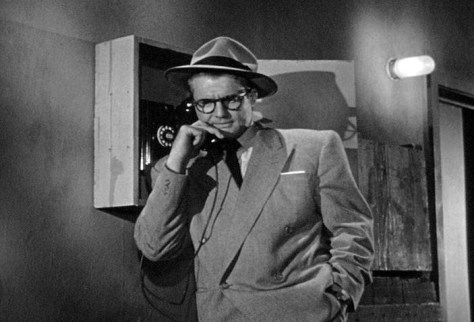 It’s hardly a secret that George Reeves had no love for playing a role that later actors would kill for. For Reeves, this was scraping the bottom of the barrel. Not only was he playing a little boy’s pulp comic book character who wore underwear outside of his pants, but he had been reduced to television. Like many actors of his time, including Alyn who had refused to repeat the role for TV, Reeves was suspicious of the new medium. It was called small screen for a reason, lacking the glamour of the big screen. 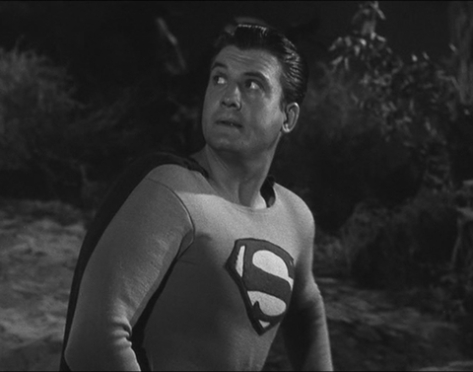 Earlier, Reeves’ career had been on a roll, having played the Tarleton twins in Gone With The Wind (1939) and a critically acclaimed starring role in So Proudly We Hail (1942) before being drafted into service for WWII. 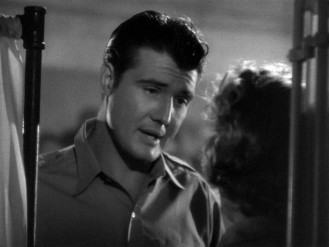 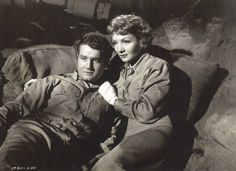 After returning from the Air Force, Reeves discovered he had been forgotten by studios. Adding to that woe was the unexpected death of the producer who had aided Reeves career. Still, known for his ability to quickly memorize dialogue, along with a rugged physique, Reeves landed roles in low-budget serials and features, which were rushed productions, and live television. Although he was successful on the small screen, the quality of scripts he was offered seemed to confirm his trepidations.

In 1951, Studio executives and producers unanimously chose George Reeves for the starring role in Superman and The Mole Men, which was to be followed by one season of a television series. Producers saw something of the quintessential Superman/Kent in Reeves that neither the actor himself, nor post-Christopher Reeve audiences could see. Producers envisioned Reeves as embodying Kent/Superman as a barrel-chested father figure (he is closest to Wayne Boring’s Superman). As Whoopi Goldberg astutely observed in a documentary about the actor, “Reeves’ disappointment in not becoming the next Gary Cooper inspired him to put his all into Kent.” Reeves refused to play Kent as a slapstick idiot. His Superman is merely an extension, or an afterthought of Clark Kent. As two villains observed in one of the series’ episodes,”it’s not Superman we need to worry about, but Kent.” George Reeves’ aggressive Clark Kent was far more of a threat with type writer than Superman merely banging two heads together. 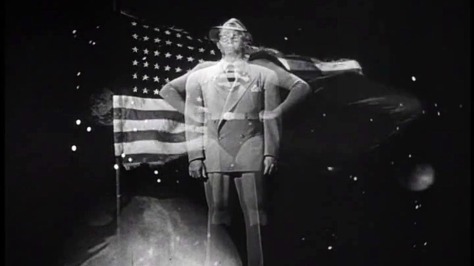 This portrayal of Kent is matched by the writing of the first season. It’s not as well-matched in seasons 2-6 with Noel Neil’s Lois Lane and John Hamilton’s Perry White making occasional snide comments about Kent’s “being afraid of bullets or running to hide  from danger,”which we never see as Reeves’ portrayal of a toughened, fearless reporter remains consistent throughout the series run. 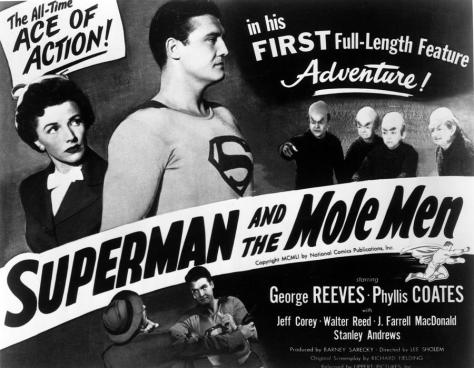 Still, despite his enthusiasm for playing Kent, Reeves was told, and hoped, that the series would be shelved and forgotten. He seemed to get his wish when producers sat on that first season for two years, in an attempt to find a sponsor. That delay turned out to be a blessing for sponsors. 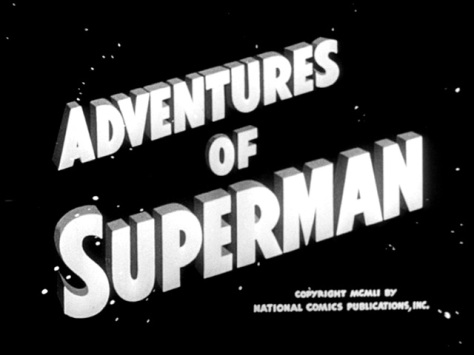 By the time The Adventures of Superman beamed into 1953 living rooms, Dwight D. Eisenhower had been elected President and the country was swept up in a style of leadership that came to be known as Rockefeller Republicans. Reeves/Kent/Superman fit that mood like a glove. Reeves’ Kent/Superman has a genteel, patristic quality that no other actor has given the role (s). His type of conservative echoed Ike and the Webster definition of conservative as a moderate. Tradition was valued, but never at the expense of being bought by special interests (the NRA and religious right).

Nor was the Eisenhower conservative prone to anti-government sentiments. Indeed, the idea of conservatives allying themselves with confederacy sentiments would have been unthinkable to an ideology still under the influence of its founding father figure, Abraham Lincoln. Of course, this was before Strom Thurmond and his fellow Dixiecrats infiltrated and sabotaged the conservative American party. It was also before the appearance of radical right-wing Dixiecrat offspring who have rendered conservative and bigot as synonymous. 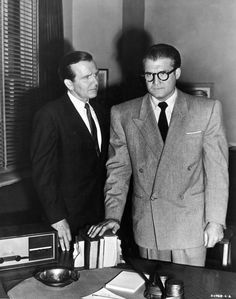 Nor would Reeves’ Kent be given to bigotry and homophobia. He proved an advocate for gun control  in Superman And The Mole Men, and, although hetero, his best pal was the gay Jimmy Olsen (Jack Larson). It’s no wonder that Reeves’ Kent/Superman is indeed an alien to millennials who only identify conservative as extremist kooks. 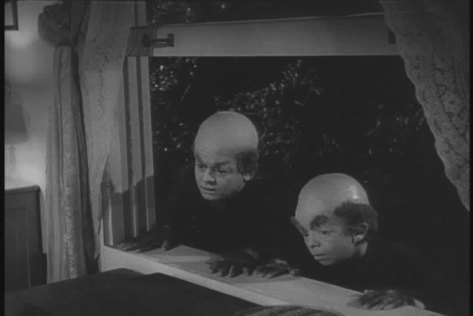 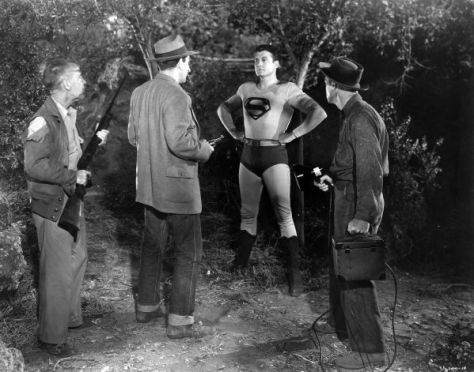 Off-screen Reeves was a passionate drinker, known for his partying and decade-long affair with a mafioso’s wife. However, the actor took his role seriously enough to stop smoking and give Kent-like moral advice to the show’s pubescent audience. In this he had a model in William Boyd’s Hopalong Cassidy, which is apt; Reeves’ Superman is more noir B Western cowboy than sci-fi character (and it probably is no coincidence that the series debut director was Tommy Car, who had previously helmed several episodes of Hopalong Cassidy and Dick Tracy). When finally released, the success of The Adventures Of Superman took everyone, including Reeves, by surprise and he immediately transitioned into mantling a public persona. 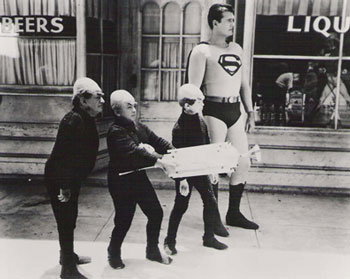 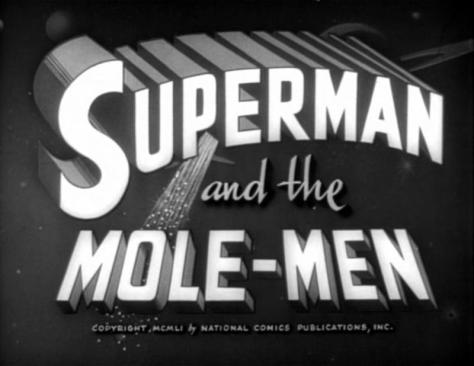 The consensus, for once, is right in ranking the first season of The Adventures Of Superman as the best, being heavily inspired by the preceding noir radio show (with Bud Collier voicing Kent/Superman). There really never has been anything like it before or since. The second season has its gems, and some actually prefer its slicker sheen, but few of the episodes were well-written and set the stage for the lower, Kellogg’s sponsored, family friendly quality for later color seasons (many of which can compete with the ineptness of Ed Wood script writing).

Naturally, the special effects throughout are dated and sub par (the Mole Men ray gun is a decorated vacuum cleaner, Superman’s flight is executed by placing the actor on a glass table, etc). Seen today, it becomes clear that the enduring legacy of The Adventures Of Superman six seasons are primarily due to Reeves’ performance. 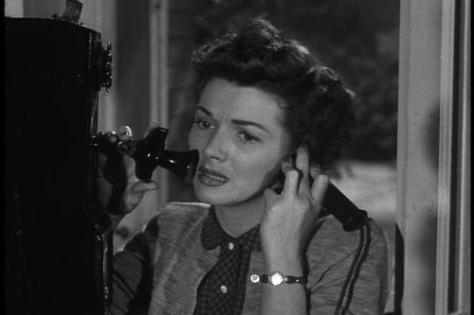 Additional standout performances include Jack Larson as Jimmy Olsen and Phyllis Coates as Lois Lane (still, the yardstick measure of both characters). The Lois Lane of Noel Neil, from seasons 2-6, was uneven, through no fault of the actress. In contrast to Coates’ brassy portrayal, Neill gave Lane a charming perky, petite quality, but was often reduced to June Cleaver-like decor. It’s a testament to Reeves’ that he responded well to both actresses. His chemistry with Larson, and at the opposite end, Robert Shayne (as Inspector Henderson) was equally winning.

Special effects always date and, in a few years, it’s a given that Man Of Steel (2013), like Superman (1978) will look antiquated. Unfortunately, Snyder’s film neither has a good narrative, nor a charismatic lead performance to ground it, such as in Superman II (1980). Although in slight defense of actor Henry Cavill, the Kent of Man of Steel, like Dean Cain’s Kent from the TV series Lois And Clark: The New Adventures Of Superman, proves more influenced by George Reeves’ portrayal, rather than Christopher Reeve’s.

The Adventures Of Superman actually premiered in theaters with Superman And The Mole Men. Dispensing of a pointless mythology-making origin, it gets straight to the action and is far more a testament to the Clark Kent/Superman character than its predecessors (the dual serials) or offspring. Here, Kent is pure 50s Americana. A tough, but genteel defender who inherently knows that “Truth, Justice, And The American Way” means justice and civil liberties for all, including the minority, misfits, and outsiders.