In 1976, at Pierre Boulez’s suggestion, Wolfgang Wagner brought in the 31 year old progressive French stage and film director Patrice Chereau to produce a new “Der Ring Des Nibelungen” cycle for the centenary of the Bayreuth Festival, and aptly teamed him with Boulez as conductor. The result scandalized and shook the entire opera world. Conservative musicologists, such as arch conservative NY times critic Harold C. Schonberg, loudly expressed moral outrage and pointed to this production as an “opening of the flood gates” (some hysterically labeled this a Marxist “Ring”). Four years later, television director Brian Large filmed the Chereau/Boulez Ring and televised it over a period of a week. It was a ratings and critical smash.
Over 30 years later, this production’s power and legend remains undiminished. It was the first complete filmed “Ring” and is now looked upon by most as pioneering and the greatest of its kind. 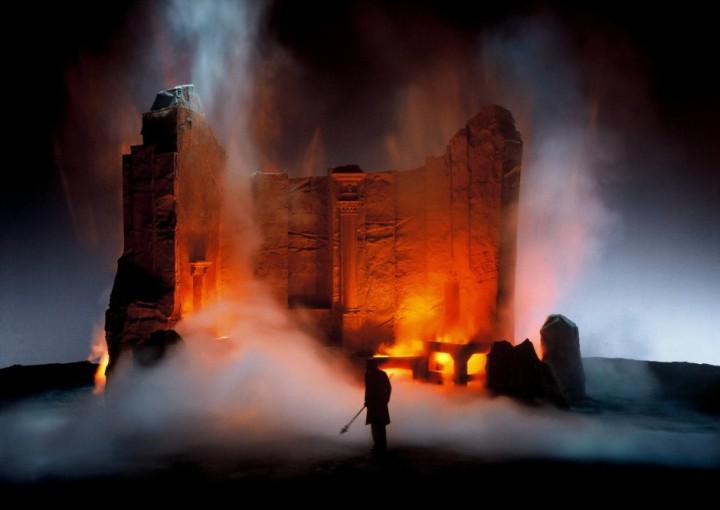 The stand out cast, which includes Donald McIntyre, unforgettable as Wotan and Heinz Zednick as Loge personified,has hardly been bettered. Richard Peduzzi’s stage design and Large’s camera work are exemplary, but this remains Chereau and Boulez’s Ring.

Chereau, who was unfamiliar with Wagner and the work, endows this Ring with a fresh perspective. His is a penetrating, industrial age, Freudian ring, idiosyncratically interpreted in political, social and psychological terms.