With astounding astuteness, a professor once critiqued the Roman Catholic hierarchy as frequently and fatally mantling the attitude that it is above both criticism and self-criticism. In my previous post regarding my grad school, Christian Theological Seminary, I proposed the possibility that the school’s board of trustees, along with its president, Matthew Myer Boulton, were, in some ways, perhaps modeling that aspect of the Roman Catholic hierarchy. It seems I  have erred in the usage of that perhaps. https://alfredeaker.wordpress.com/2014/04/21/matthew-myer-boulton-sounding-the-death-knoll-for-indianas-progressive-seminary-christian-theological-seminary-2/

CTS banner slogan has long been Forming Tomorrow’s Leaders In Faith.  I believe CTS may need to hit the refresh button in order to view and review the not-so-improved Forming Prodigals In The Name Of Faith. The late Archbishop Fulton J. Sheen proved himself a rarity of  shrewd, reflective self-criticism in the Catholic hierarchy when he proposed: “often, we have prodigals due to our own negligence. We have pushed them out the door with our carelessness, recklessness, thoughtlessness, and abuses.”

Paradoxically, CTS, its trustees, Boulton, et al. are proving themselves the worst kind of parents imaginable. The fault is not entirely theirs, however. We prodigals err as well in having continued to look to them as trustworthy parents and make no mistake, we are the children of CTS.

Over the weekend, a fellow alumni let me know they had been booted out of and blocked from CTS’ Facebook group for alumni. Yes, I was too, which I half expected after my blog post ( I will add that I was barely tactful enough not to post on their group page). Still, for me, I rather identify a tad too readily with Groucho Marx’ statement: “I am leery of any club that would have me for a member, anyway.” Besides, it is merely Facebook. However, after dialoguing with said alumni, I did see another point; the latent (or not so latent) message delivered by the current CTS admin,”You are no longer ours.” I do not know what that alumni said to them, or said about them (I know what I said, of course), but he/she believed it an attempt, on their part, at status quo taming. Astute observations on the alumni’s part? Additionally, I should add that said alumni was prone to critique and challenge while expressing his/her love for and belief in CTS. Of course, this does not matter. The school only wants docile children, shorn of edge. END_OF_DOCUMENT_TOKEN_TO_BE_REPLACED

I graduated from Christian Theological Seminary with a Masters degree in Theological Studies. It is the progressive, ecumenical seminary in Indiana, or, rather, it was. As I was graduating, a new president was coming in. His name is Matthew Myer Boulton. I was informed that he had an evangelical background, had married, and converted to Disciples of Christ via his wife. As expected when there is a change in new leadership, I heard a few nervous grumblings. However, as I was too preoccupied with finishing my final semester, I rather pooh poohed the grumblings, which turned out to be a grave error.

This is not to say, I did not have initial misgivings. Quite the contrary, I had enormous trepidation, particularly on the day of our commencement. Boulton had invited a guest speaker to deliver one of the most pronounced, jaw-dropping reprehensible screeds I have ever had the misfortune to be inundated with.

The speaker, Rev. David Hampton, who was reportedly getting his honorary PhD for monies contributed to CTS, took the platform and essentially delivered a tent revival diatribe,which had the chutzpah to mix New Age claptrap phraseologies with dyed in the wool, sawdust on the floor, ho-de-ho backwoods melodramatics. The speaker, from the kitsch named organization: Light Of The World, made every effort to promote himself and his organization as the group most responsible for having notified the world at large of the hate crime brewing in Florida under the guise of George Zimmerman. Additionally, we were told that it was Light of the World, which had single handedly reversed public apathy regarding the tragic case and had stirred up support for Treyvon Martin’s family. Like Mighty Mouse, Light of the World had come to save the day. I half expected every sentence to end with a shrewdly timed Aa-ya aa-ya. I have to give credit where credit is due. Hampton knew how to work the herd. 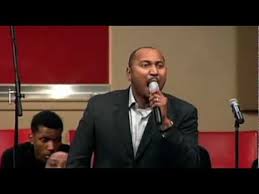 Unfortunately, he followed this up with an even more divisive and ill-timed screed on gay marriage, which ended with an erroneous comparison of that to looming mortal sins. The worked over crowd was equally divided between cowardly amens and pent rage.