Carl Theodor Dreyer‘s Day of Wrath (1943) is an undeniable masterpiece that should be required viewing. It’s bleak as hell; a kind of synthesis of Rembrandt and Nathanel Hawthorne filtered through a lens of wrenching pessimism. After viewing, you’re likely to break out in a sweat and be reduced to incoherent mumbling. If you’re brave enough to attempt a second viewing, wait twenty-five years. It’s that intense: the most somber opus in this unrelentingly somber filmmaker’s oeuvre. As in virtually all of Dreyer’s work, Day of Wrath (the title is taken from the hymn “Das Irae,” used in requiem masses) highlights … END_OF_DOCUMENT_TOKEN_TO_BE_REPLACED 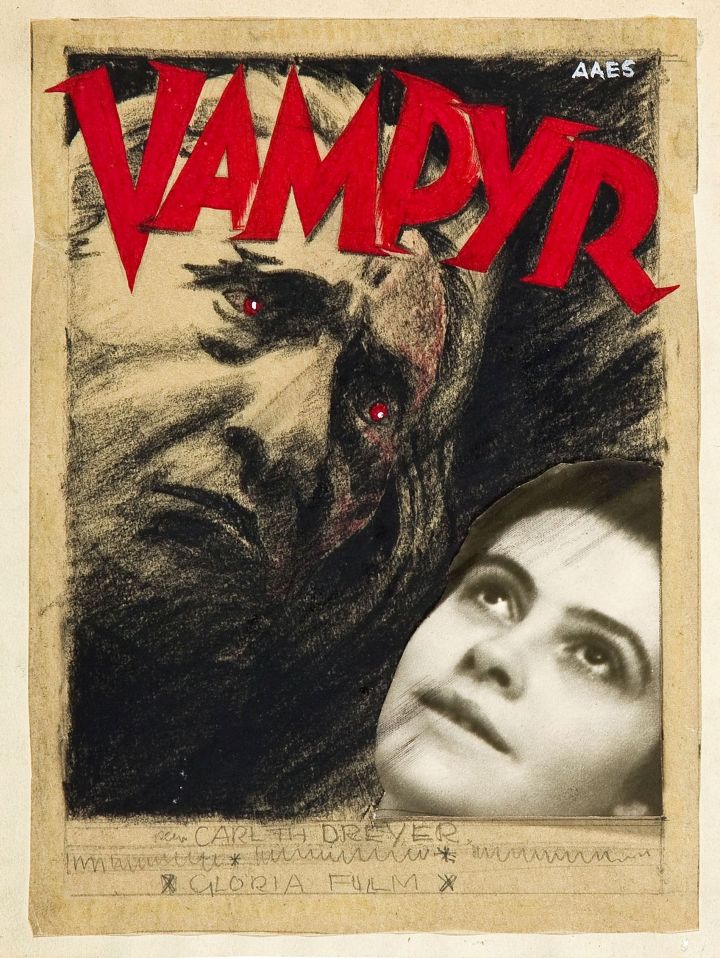 Most agree that F.W. Murnau‘s Nosferatu (1922) is the greatest and most unique screen incarnation of Bram Stoker’s iconic character (although, as blasphemous as it sounds, I would place Werner Herzog‘s 1979 remake on an equal plane. Yes, I said that, but that is a subject for another week). However, the greatest cinematic treatment of  vampire folklore is a world removed from the titular Transylvanian count: Carl Theodor Dreyer‘s Vampyr (1932). But it is not for attention span-challenged vampire fans. 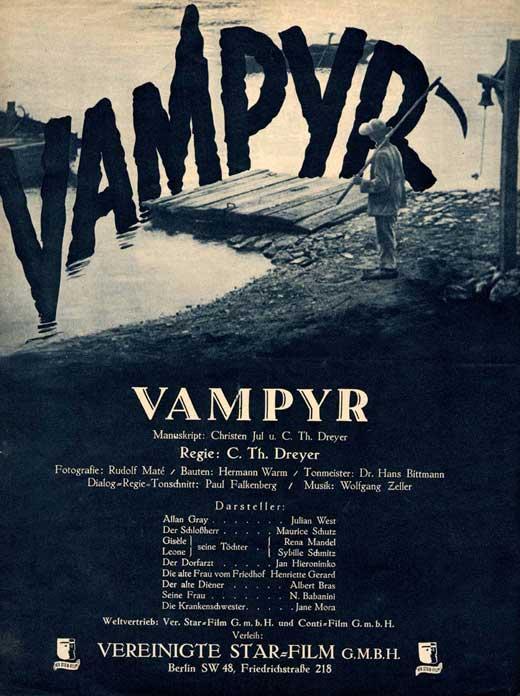 Vampyr is a film of relentless, static beauty, almost demanding chimerical concentration and phantasmagorical imagination of the viewer. After the predictable box office failure of the greatest film ever made—Dreyer’s Passion of Joan of Arc (1928)—the director deluded himself into thinking he could produce something commercial. He had what seemed to be the right source of inspiration (slight as it is): Sheridan Le Fanu’s 1872 pulp hit “Carmilla,” taken from the collection “In a Glass Darkly.” “Carmilla,” with its theme of a lesbian vampire would, of course, be enticing fodder for the dull masses. But it turned out Dreyer was too original and too much in possession of an authentic, artistic spiritual substance for titillation. Fortunately, Dreyer, who wrote the screenplay, jettisoned the lesbianism and, with it, any anticipation of appeasing puerile genre fans. Vampyr was a financial flop, resulting in Dreyer’s nervous breakdown and the dissolution of his production company. He would  not make another film until Day of Wrath(1943). If period aficionados found Vampyr‘s deliberate pacing and intense, ethereal milieu too challenging, then many contemporary viewers, saddled with grand guignol expectations, often find the film provocative. Despite this, Vampyr proved to be a profound influence on both the German Expressionists and the Surrealists. 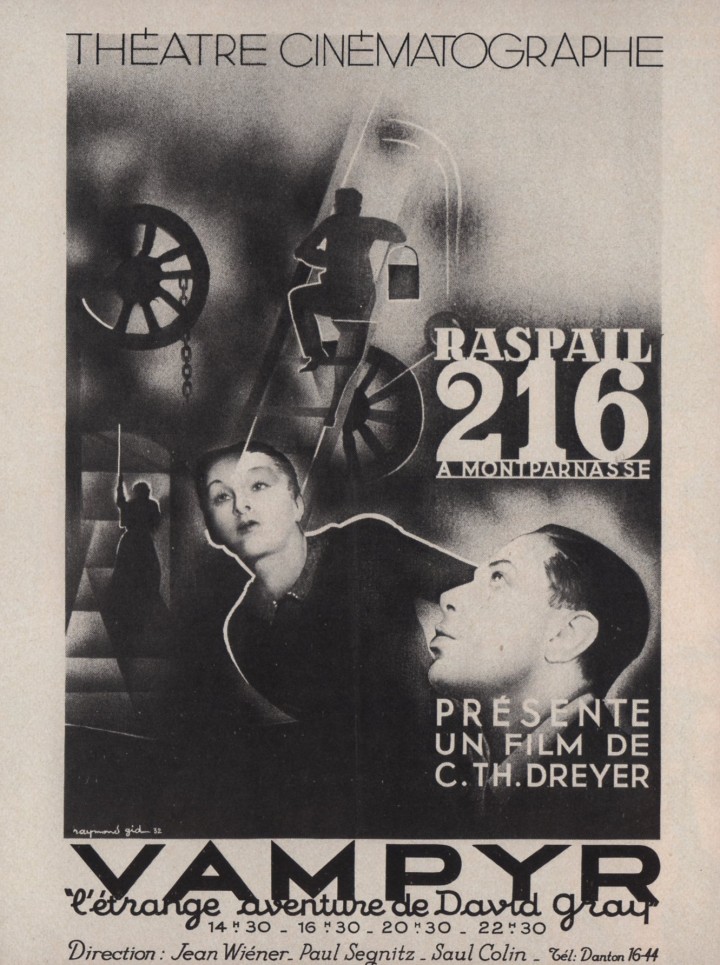 END_OF_DOCUMENT_TOKEN_TO_BE_REPLACED

Every time a prestigious film institute puts together an official, stamped with authority list of “The Greatest Films of All Time” their number one pick is going to be Citizen Kane.  No surprises there.  Such lists might as well be packaged and sold as a 1.2.3 paint- by- number set.  Ironically, it was the granddaddy of all film institutes that treated Kane’screator as a heretic, refused to give him due recognition, banished him to Europe and  excommunicated him for life. Taking absolutely nothing from that film, nor Orson Welles, Citizen Kane is not the greatest film ever made.  That honor probably goes to Carl Theodore Dreyer’s 1928 Passion of Joan … END_OF_DOCUMENT_TOKEN_TO_BE_REPLACED