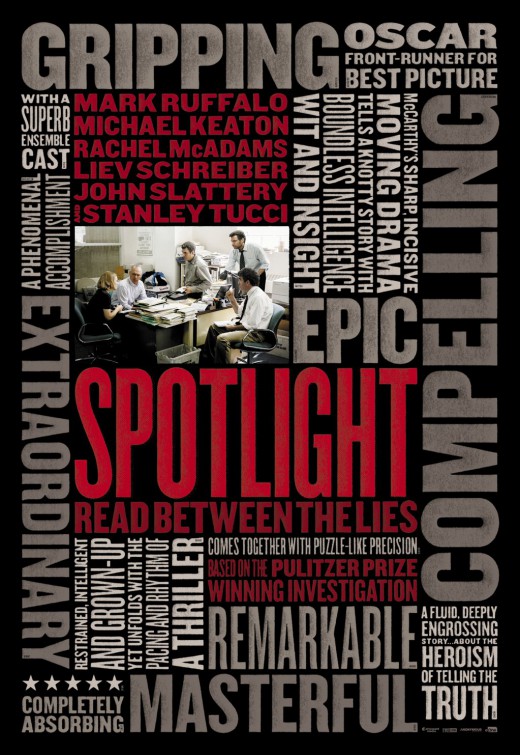 Tom McCarthy’s Spotlight (2015) is now playing in select theaters. It opened in half a dozen cities nationwide, was critically well-received, and did brisk business. It was only after that promising start the studio seemed to have any faith in it, which is unfortunate. It is not only a well-made film, but also an important one. Thankfully, it does not take the attitude of being Important, and commendably refrains from on-the-sleeve melodramatics, which is a rarity in films with potentially explosive themes.

The image of Bing Crosby’s congenial Irish Father O’ Malley has gone the way of the dinosaur. That is apt, because even the velvet-voiced actor behind the collar was reportedly an abusive father (one son wrote a “daddy dearest” tell all; two additional offspring committed suicide). The Church itself was the cause of its own bad press, and most of the world became privy to its dirty laundry when the Boston Globe published a series of articles in 2002 exposing pedophilia in the ranks of Catholic clergy.

Actually, cracks were beginning to show elsewhere before that infamous exposé. A few years prior, the Indianapolis Star ousted sixteen pedophile priests in the ranks of the Lafayette diocese. Still, that does not compare to the Boston Globe revelation of (approximately) 90 priests who were serial pedophile abusers in the diocese of Cardinal Bernard Francis Law. This is the topic of Tom McCarthy’s Spotlight. 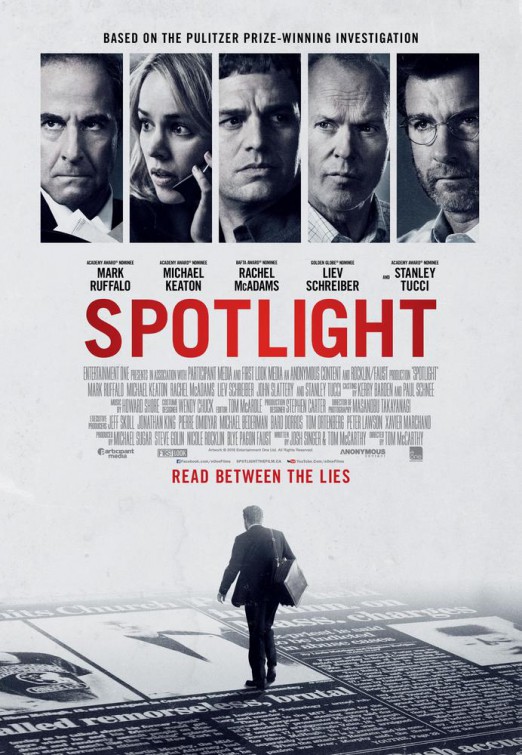