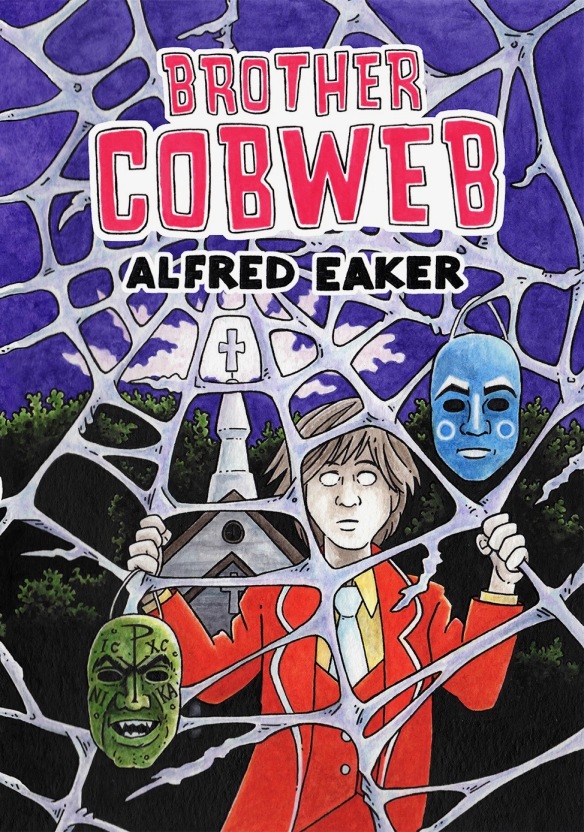 All Calvin Elkan has ever wanted to do is escape his mother and her Pentecostal church, the Lighthouse. Calvin is eternally at odds with the brutal abuses and ignorance of his upbringing in a right-wing evangelical sect in Ohio. Under the guidance of his great-grandfather, he turns to art and music to escape his mother’s blows and the grip of the Lighthouse. He spins the dark world around him into a satirical comic called The Brother Cobweb Chronicles. After high school, Calvin moves out and enrolls in art school, finally free of his oppressive childhood home.
But after a brush with death, Calvin realizes escape isn’t enough.
Through his artwork and a newfound sense of spirituality, Calvin works through the emotional trauma and distances himself from his past only to uncover yet another ugly secret from the Lighthouse—a secret that makes him question everything.
Brother Cobweb is a coming-of-age saga with a misfit, paradoxical artist at its center. Alfred Eaker’s debut novel seeks to change perspectives through innovative language, dark humor, and marginalized subculture. A surreal and provocative odyssey, it is sure to strike a nerve as it exposes the abuses and hypocrisy of an all-too-familiar Midwestern evangelical church.

Copies can be ordered here.
http://openbookspress.com/books/brother-cobweb.php