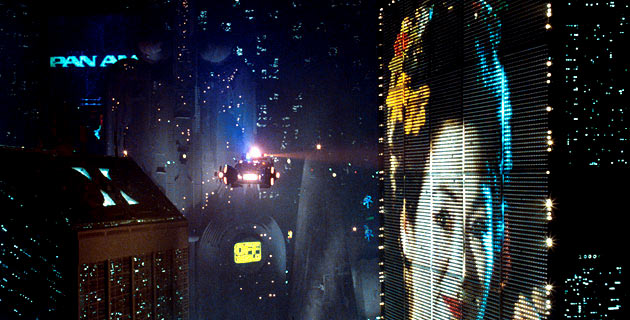 When Denis Villeneuve’s Blade Runner 2049 was released this Fall, many were surprised that it did not meet box office expectations. Nor did it’s father, Ridley Scott’s Blade Runner (1982). Having seen the original on its opening weekend, I’m among those who witnessed its initial weak box office evolve into a cult phenomena.  John Carpenter’s The Thing, released the same year as Blade Runner, also took off slow amidst lukewarm reviews, yet both became examples of visionary science fiction, joining a small cluster of classic films from the last half century that includes Close Encounters of the Third Kind (1977), Invasion of the Body Snatchers (1978), Alien (1979), E.T. (1982), Videodrome (1983), Back to the Future (1985), The Fly (1986),  A.I.(2001), Minority Report (2002), Eternal Sunshine of the Spotless Mine (2004), Children of Men (2006), and Prometheus (2012) (and of course a few others). Like  Steven Spielberg’s aforementioned Close Encounters, competing edits of Scott’s Blade Runner (my advice: go with “The Final Cut”) didn’t hinder its eventual cult status.

Based on Philip K. Dick’s novel “Do Androids Dream Of Electric Sheep?,” the iconographic texture of Blade Runner was apparent mere moments into its release, despite the awkwardness of the silly studio-mandated Phillip Marlowe narration (supplied by star Harrison Ford as Deckard) and a happy ending that was woefully unconvincing for a film that practically defined dystopian noir. Thankfully, Scott was able to restore the film and added to it considerable by omitting those executive errors (while excising five minutes).

With his “Final Cut,” Scott cemented Blade Runner as his second (and greatest) of three unquestionable science fiction classics (the first being Alien and third being its belated prequel Prometheus—which of course will provoke futile debate). The cast is uniformly excellent. Despite its initial weak box office performance, Blade Runner made a brief star of antagonist Rutger Hauer, whose characterization of the replicant Roy is far more haunting and aptly hammy than its source material. The same could be said for Sean Young; she’s magnetic as Rachel, in her chic 2019  Joan Crawford shoulder pads and Louise Brooks-inspired bob, diaphanously exhaling a smoky-treat. Darryl Hannah as Pris (with lethal thighs), Brion James as Leon, and the eternally underrated Joanna Cassidy as the snake-wielding Zhora make a trio of memorable replicant villains, more poignantly human than most of the humans. Apart from Ford’s Deckard, who—as has been noted and debated endlessly—is possibly a replicant himself, the human exceptions are Joe Turkell as doomed Dr. Tyrell and William Sanderson as the pathos-ridden toymaker Sebastien. Both remain etched in the memory.

END_OF_DOCUMENT_TOKEN_TO_BE_REPLACED 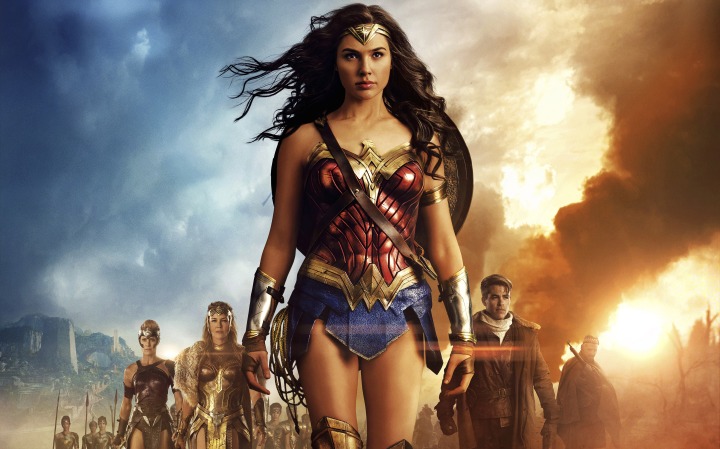 Patty Jenkins’ Wonder Woman (2017) is reaping critical praise, and opened with an astounding one hundred million dollar weekend box office. It’s being hailed as the best movie in the DCEU—i.e., D.C. comics extended universe—although I’m not sure how exactly that’s different than the DC movies that preexisted that label. 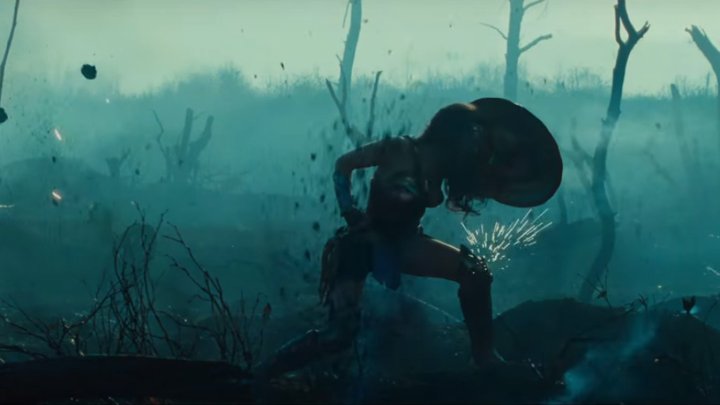 Regardless, this is the first big screen standalone treatment of the character, which originally debuted during the Second World War, created by William Moulton Marston and Harry G. Peter. Wonder Woman was always a kind of female variation on Superman. Paradoxically, she was both a symbol of female empowerment and a pinup bondage fantasy. Initially, under the original artists, she was more feminist than titillating. Predictably, it was the pinup quality that drove the bulk of her fan base and informed most of her subsequent incarnations, the notable exception being the series helmed by George Perez’ silvery pencils. Even then, “Wonder Woman” comics never equaled the sales of her male counterparts. When it was announced that Israeli actress Gal Gadot was being cast as the big screen Wonder Woman, a lot of fanboys harped, comparing her unfavorably to 1970s TV Wonder Woman Lynda Carter—because, frankly, Carter has more robust cleavage. In 2011, an updated TV movie was planned, but once publicity stills were released of actress Adrianne Palicki wearing a long pants version of the red, yellow, and blue suit, the DC fundamentalists were up in arms. They wanted legs, dammit, and went the politically correct route of whining about political correctness. The movie, which apparently was a pilot for a series, was purportedly wretched anyway, and seems to have vanished from memory. Five years later, when Gadot’s cameo proved the only bright spot in the execrable Batman vs. Superman, the fanatics were finally appeased, and thankfully silenced.

END_OF_DOCUMENT_TOKEN_TO_BE_REPLACED 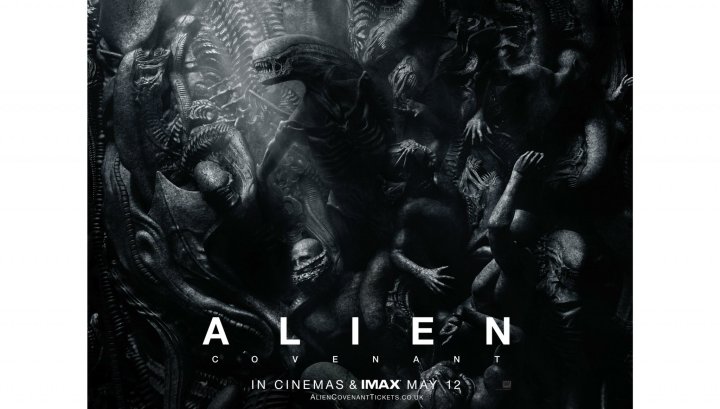 Forty years after his superb 1977 début with The Duelists,  Ridley Scott has proven, more often than not, to be an engaging filmmaker. At nearly 80 years of age, he remains a provocative dinosaur from the school of ambitious science fiction, a genre he excels in, but has only worked in sporadically. Along with the late Stanley Kubrick, Scott does it better than anyone—arguably, even better than Kubrick. It’s often forgotten today, but upon its première, Alien (1979) was criticized by some as a jazzed-up variation of the gorilla in a haunted house. Those trappings were deceptive. If Alien were only that, it would hardly have come to be considered a science fiction/horror yardstick. The same could be said for 1982’s Blade Runner, which was initially a critical and box office flop, but became a cult phenomenon. When Scott belatedly returned to the Alien franchise, he produced the sublime and startling Prometheus. It proved to have too many unresolved mysteries, was too aesthetic, too peculiar, too cerebral, and too resourceful to be the fix that the formula craving audience desired. With Alien: Covenant, he delivers a hybrid: a sequel of sorts to Prometheus, and a vague segue into Alien. It’s a summer blockbuster that, coming from Scott, is something more. As can already be seen by its modest American opening and outraged reactions spewed by those who prefer their sci-fi unchallenging, Covenant is not going to please face-hugger followers. And unless it does well overseas, the likelihood of another Scott-helmed Alien seems a stretch. Although that is almost predictable, it’s also unfortunate. 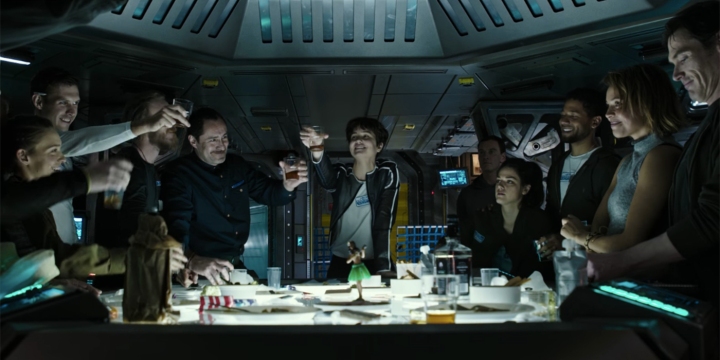 Paradoxically, Covenant contains some of Scott’s most assured filmmaking along with his roughest. Beautifully filmed, filled to the brim with surprises, drawn out, disheveled in sections, and sporting what, on the surface, appear to be derivative fan-appeasing choices, it, along with the 1979 original and Prometheus, make up Scott’s standout Alien trilogy. These are far superior to any of the sequels made by others, including the action-oriented Alien-Rambo crowd-pleaser from James Cameron. Although Aliens is a memorably punchy film with etched-in-stone performances by Sigourney Weaver, the shiny beast (courtesy H.R. Geiger), and Bill Paxton, Cameron unwittingly gifted it to a fanbase who then pedestaled it. The eventual consequences of that dumbing-down was the trailer park science fiction franchise, Alien vs. Predator. 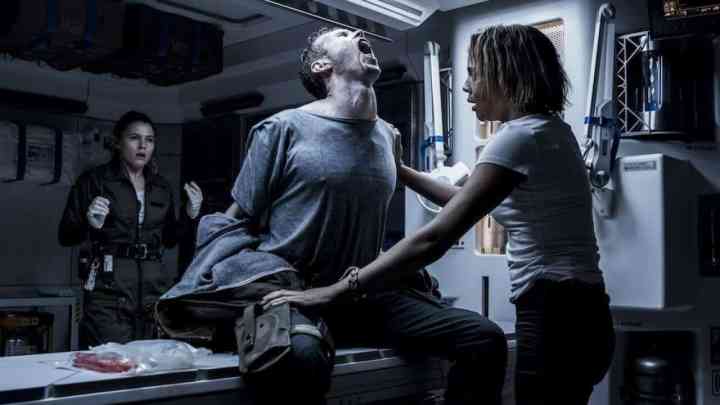 The consensus seems to be that Covenant is better than Prometheus but falls short of the original Alien. Undeniably, that spook house gorilla has its distinctive, addictive history, having been inspired by It, The Terror from Beyond Space, Mario Bava’s Planet of the Vampires, and John Carpenter’s Dark Star. As is well known, Scott upped the ante of anxiety by not allowing the cast to read the entire Alien script ahead of time. That tension spilled over, making a celluloid model so formidable that it merely inspired imitations. 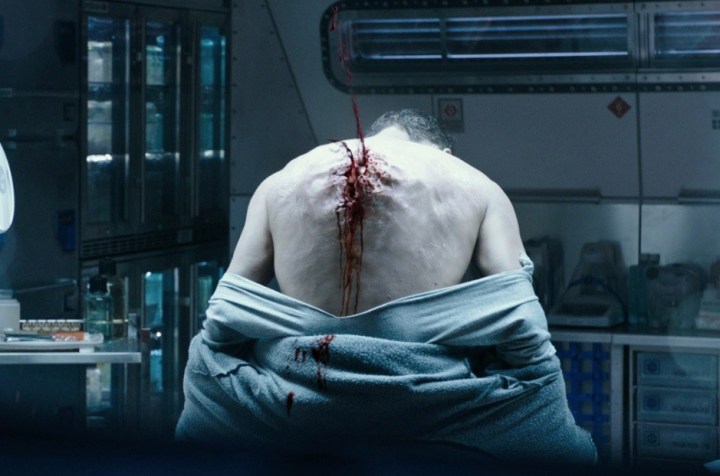 With Prometheus, Scott escaped the doldrums of vapid ritual and crafted a film so original, so divisive, it became almost a standalone that no one would dare emulate. Although the rampaging rapist xenomorph was nowhere to be seen, Noomi Rapace’s Elizabeth Shaw still manages to be impregnated with something, making for a nail-biting race against birth. Behind it all is Michael Fassbender’s bewitchingly enigmatic David, the most compelling cinematic android since Rutger Hauer’s Roy in Blade Runner and Jude Law’s “Gigolo Joe” in A.I.. Finally, Alien was exciting and fresh again.

The absence of Rapace is keenly felt in Covenant, but Fassbender’s David returns—twofold—and it’s his relationship with himself that propels Covenant and cements Scott as a late-in-life virtuoso filmmaker. He’s that rarity of rarities: an artist that started strong and, far from becoming derivative, has revisited and reflected on his body of work and ongoing themes, managing to say something epic about his oeuvre and himself. Comparatively, late in their careers, filmmakers such as Hitchcock, Chaplin, Disney, and even Picasso were producing what amounted to rudimentary, even fatigued sketches of previous wonders. The Scott of Covenant is like John Coltrane at Newport in the Sixties, expansively recomposing “My Favorite Things” into something so epic that it eradicates its former incarnations into faint skeletons. A small minority have accused Scott of compromise here, but that’s as deceptive as the criticisms thirty-eight years prior.