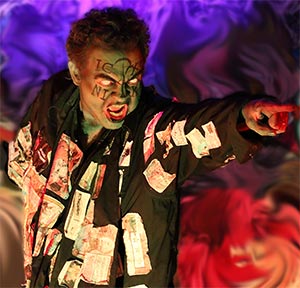 Brother Cobweb is a character I created at the age of seven, in a comic book, which I titled “The Brother Cobweb Chronicles.” Brother Cobweb was a response/revolt/private protest to what I considered my own personal horror of being forced to attend a Pentecostal church, along with growing up in a dumbed down and oppressive fundamentalist environment. I created that comic from volumes of sketchbooks I produced during endless church services (for eighteen years,  I literally taught myself how to draw during those charismatic anti-ritual rituals). It’s interesting then to see him become an actual horror exhibit in a haunted house attraction. As I used to say (spewing sarcasm) “Amen Brother Cobweb.”

Brother Cobweb at “The House of Shadows” 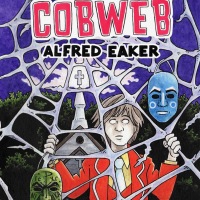