I grew up watching Leonard Bernstein’s The Young People’s Concert. Lenny instilled in me a love for music, which I have to this day almost fifty years later. He’s been gone since 1990 and although he’s had wonderful successors (Michael Tilson Thomas and Marin Alsop are two who immediately spring to mind), no one has been able to match his charisma and I doubt ever will.

Lenny probably had a impact on me that equals the influences I’ve had in my own chosen art (performance, painting, writing) so, in celebration of his centenary, this is a belated thank you, Lenny for the immeasurable joy you’ve brought to my life.

Below is a short introductory list of what (for me) is quintessential Bernstein. It is by no means all-inclusive.

I’m going to start with Bernstein’s own music and the music of his which has resonated with me the most is Mass. 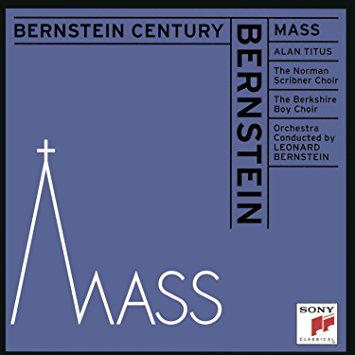 I was a teenager when I encountered and fell in love with Mass. It premiered in 1971 to mostly negative reviews. Year later, it played at the Vatican. Imagine that. The FBI, having kept files on Bernstein, warned then President Nixon that Mass was both anti-war and anti-establishment. Oh my. Needless to say, Nixon didn’t attend. Commissioned by Jaqueline Kennedy, Bernstein composed it for the opening of the John F. Kennedy Center for the Performing Arts in Washington D.C. Reportedly, there were cries of “blasphemy” at the premiere, which inspired Lenny to literally bang his head against the wall in frustration. Some have called it a rock opera, but labels ultimately are silly. It definitely reflects the tumultuous 60s and has a reverential spirit of irreverence. Like much of Bernstein’s music, it’s about the struggle of faith, heard most beautifully in “Word of the Lord” and most comically in “God Said.” This Sony recording is the composer’s own.

As she is apt to do, Marin Alsop actually topped Lenny with her 2009 recorded performance on Naxos. Go with both. 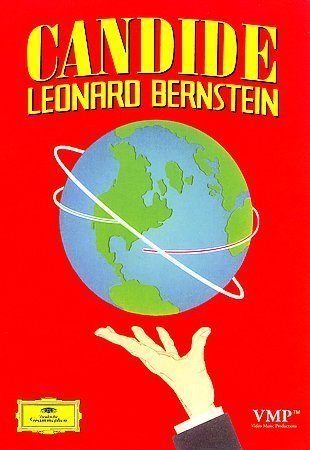 Of course, Lenny’s operetta Candide is based off the famous Voltaire novel of bite. It was a major flop at its1956 premiere and underwent numerous revisions until the final one in 1989. This is the essential video performance (still waiting for it on blu-ray) from Deutsche Gramophone. Some prefer the original. It’s a case of both/and, but if I had to pick I’m going to go with seeing (a quite ill, but spirited) Lenny conduct what is perhaps his finest score. Christa Ludwig singing “I’m so easily assimilated” is the stuff of satirical dreams. 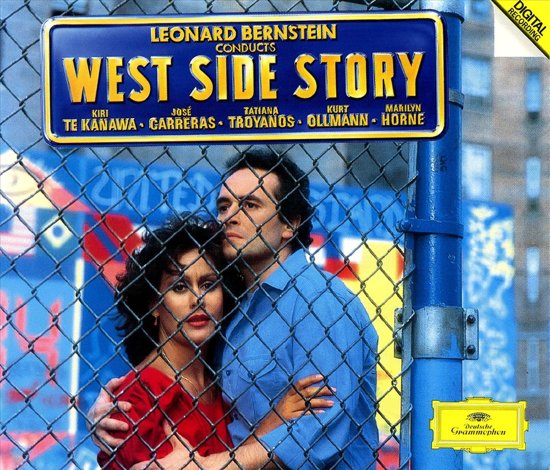 West Side Story. Bernstein’s most famous work needs no introduction. Most refer to the movie. Don’t. Bernstein finally got around to recording the full score himself in 1985. The result was controversial with many objecting to his use of opera singers. Jose Carreras was the most debated casting. Personally, I respond enthusiastically to Carreras’ and wonder how anyone could doubt him after hearing “Maria,” “Tonight,” or “Something’s Coming.” For me, Kiri Te Kanawa is more questionable; gorgeous but ultimately too cool, especially when compared to the warm and much missed Tatiana Troyanos, who practically steals the entire show. Perhaps the video “West Side Story: Making Of The Recording” has colored opinions against Carreras when we see Bernstein chain smoking (nobody inhaled smoky treats as cool he) and mercilessly grilling the soprano. Small flaws aside, both the recording and documentary are musts. An extra bonus on the cd is Bernstein’s robust and authoritative score for On The Waterfront, which only makes one wish he had done more of this. Still, for that proverbial desert island paradise, I’d have to foremost recommend Michael Tilson Thomas’ 2014 performance with his SFO. However, be forewarned, with Thomas’ performance; delightfully spontaneous but smooth, you’ll probably never go back to listening to another. 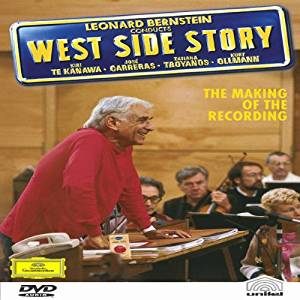 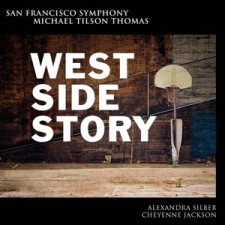 Perhaps no other American musician had a better pulse on suburbia than Bernstein in his 1952 opera Trouble in Tahiti. It’s wittily devastating. Later he incorporated it into the longer A Quiet Place. Stick with the compact original.

Symphony 2, The Age of Anxiety

Although Bernstein’s First Symphony, Jeremiah is right acclaimed, I have a soft spot for the eternally underrated Second Symphony: The Age of Anxiety, composed in 1949 and revised in 1965. It’s titled after the famous poem of W.H. Auden. Bernstein later recorded this, with the first symphony, Chichester Psalms, Fancy Free, and Symposium Serenade on DG. Those are fine, but his earlier traversals on Sony are spikier. All three are mandatory Bernstein, even if Alsop again surpasses him.

In other composers, with Bernstein, you almost have to start with Mahler because although he was by no means the first Mahler conductor, he was the force that was most responsible for the Mahler revival. That he was a damned fine conductor of Mahler is icing on the cake.

Mahler’s most problematic symphony (AKA Modern-Schoenberg adored it) is a Bernstein language. Only Herman Scherchen painted the scherzo more macabre. If you can get through the second nightmusic without mauling your better half, you might want to check your pulse. As for the finale, only Daniel Barenboim is as psychedelic. Bernstein recorded it three times, but it’s the earlier Sony NYP technicolor version that boils with a young conductor’s blood. Bernstein’s DG recordings of the 6th (watch out for loose putty on the wall) and 5th (a melting Adagietto that will beautifully break your heart) must also be experienced. 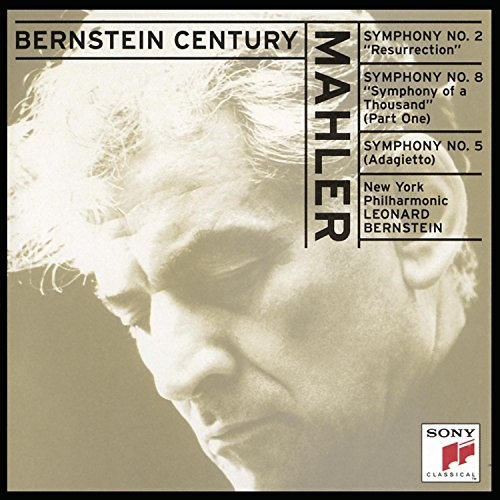 Constipated New York Times critic Harold C. Schonberg incessantly complained about Bernstein’s New York Mahler 2nd, saying the conductor over accentuated and was heart- on-sleeve. Actually, Lenny revels in musical kitsch. His later DG recording is probably the yardstick by which all future Mahler 2s will be measured and you really cannot go through life without them.

The climax is really in a funeral march straight out of Edgar Alan Poe.

George Gershwin Rhapsody In Blue and An American In Paris 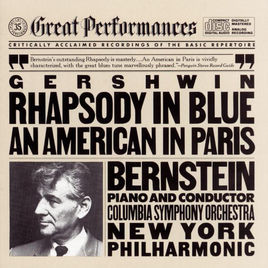 Nobody conducted American music like Lenny and so I’ll start with his George Gershwin. Lenny conducts Gershwin from the piano and although there’s a lot of competition (including his own later versions on DG) it is these youthful traversals for Sony that sweep the field.

Probably America’s wackiest composer in red-blooded readings. The Unanswered Question was a lifelong quest for Lenny.

People are still mixed on Copland. Put all hesitations aside. With Lenny, you’ll believe. 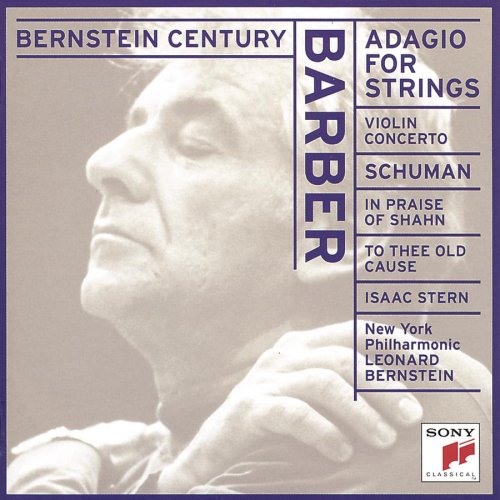 I hope to leave this mortal coil listening to this. 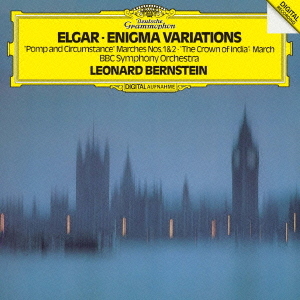 In one of his scant explorations into British music, Lenny screws Elgar. Since I can’t abide Elgar, I adore this because whatever it is, it’s not Elgar. Lenny at his most heterodox, which is saying a lot.

Bernstein never failed to surprise, as he does here. Who would have thought that Lenny, of all people, would have an orthodox love affair with Haydn? Pure Nirvana.

Ok, Lenny was not at his most natural in the boy from Salzburg, but I defy anyone to find a better Great Mass. 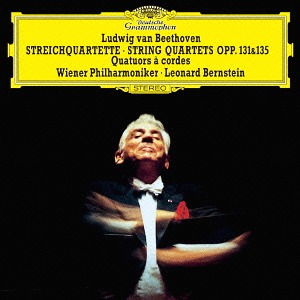 Lenny was a vastly underrated conductor of Beethoven, especially compared with some of the master’s grossly overrated interpreters (I’m looking at you, Herbert). Bernstein identified as much with Beethoven as he did Schumann (below) and listed this recording of the String Quartets as his own personal favorite. He dedicated it to his late wife; Felicia. Theirs was an epic, flawed love story. Lenny never recovered from his having wronged her or her untimely death. These will literally send you to the chapel. His piano concertos with Serkin (Sony), Eroica (both recordings), 7th (from the Vienna cycle) Missa Solemnis, and Fidelio are manna from heaven. His final recorded performance was a Beethoven 7th with the Boston Symphony Orchestra. He knew it was his last and it’s agonizing (he barely gets through the third movement). It should be experienced, if not visited too often. It’s too personal and too painful a valedictory.

Schumann and Tchaikovsky are artists that Bernstein personally identified with as strongly as he did Beethoven and Mahler. He elevates them both to Mahlerian planes.

Lenny was an early impassioned advocate of Jean Sibelius. Lock yourself in the house for a week.

If there is a reference recording of this much performed music, this is it. 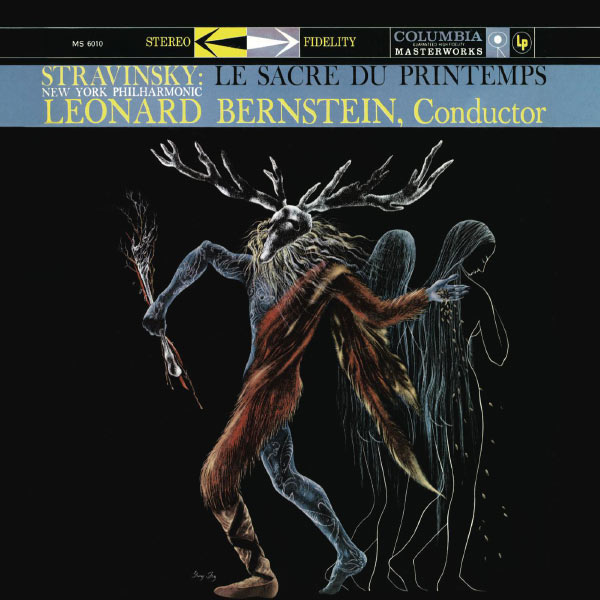 Early heavy metal. Stravinsky was in the audience of this performance and said merely: “Wow.” Although, I have better testimony for its greatness; my cat-who leapt off the speaker.

Forget that Wagner was a monster. Forget that Bernstein (understandably) normally avoided that virulent anti-semite like the plague. This is molten Tristan und Isolde that can stand shoulder-to-shoulder with the likes of Wilhlem Furtwangler. One of Bernstein’s most forgotten and criminally underrated, incandescent hours.