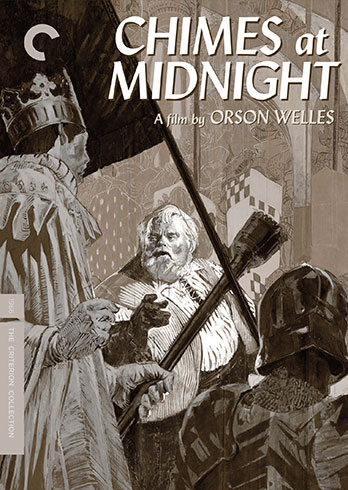 For fifty years, Orson Welles’ Chimes at Midnight (1966) was locked in various disputes over ownership, and was only sporadically seen in wretched prints. It was talked and written about so much that inevitably seeing it (as I did in Chicago in the 90s) amounted to an ordeal. With both poor visual and audio, it was unquestionably a disappointment. Thankfully, Janus Films came to a long overdue rescue in 2015.

The restoration (available on the Criterion Collection) is miraculous, revealing one of Welles’ most astonishing, loving creations. While F for Fake was Welles’ final finished film, Chimes at Midnight is his final completed narrative feature—one that he never could have topped. The character of Falstaff inspired Welles to heights previously unreached (as it did Giuseppe Verdi). Chimes is his most personal and finest foray into Shakespearean terrain. While you’re watching it, you feel he’s peerless. Despite an epic struggle to finish the production, Welles’ direction is assured, but it’s as an actor that he soars in a tour de force performance. Welles himself cited as his best work, fulfilling a lifelong ambition to play Falstaff on film. One is inclined to agree. Welles had first played the part in a high school play that was ambitiously intended to be three hours long. Predictably, the school demanded cuts, forcing him to compromise (it wouldn’t be the last time). He played the part again in the late 1930s and in 1960, although both productions were short-lived financial failures. 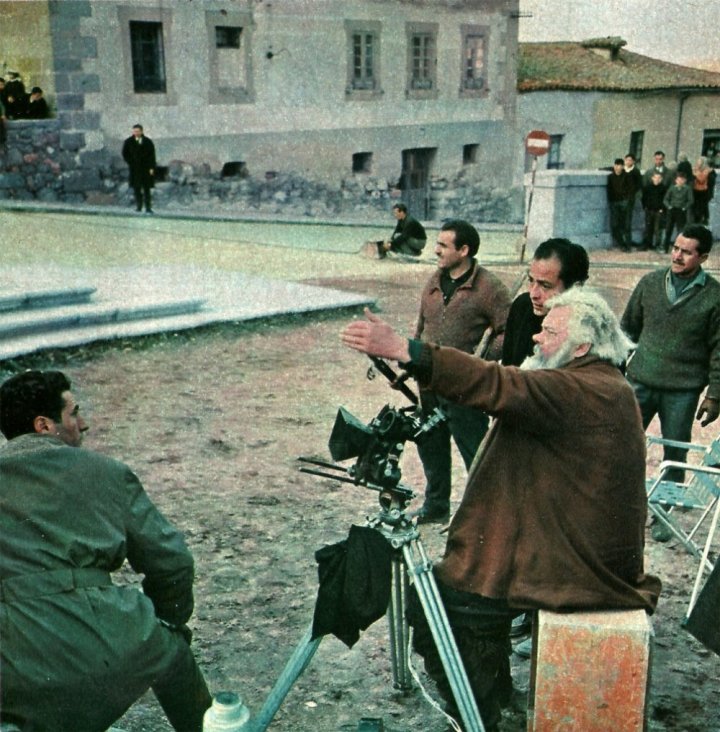 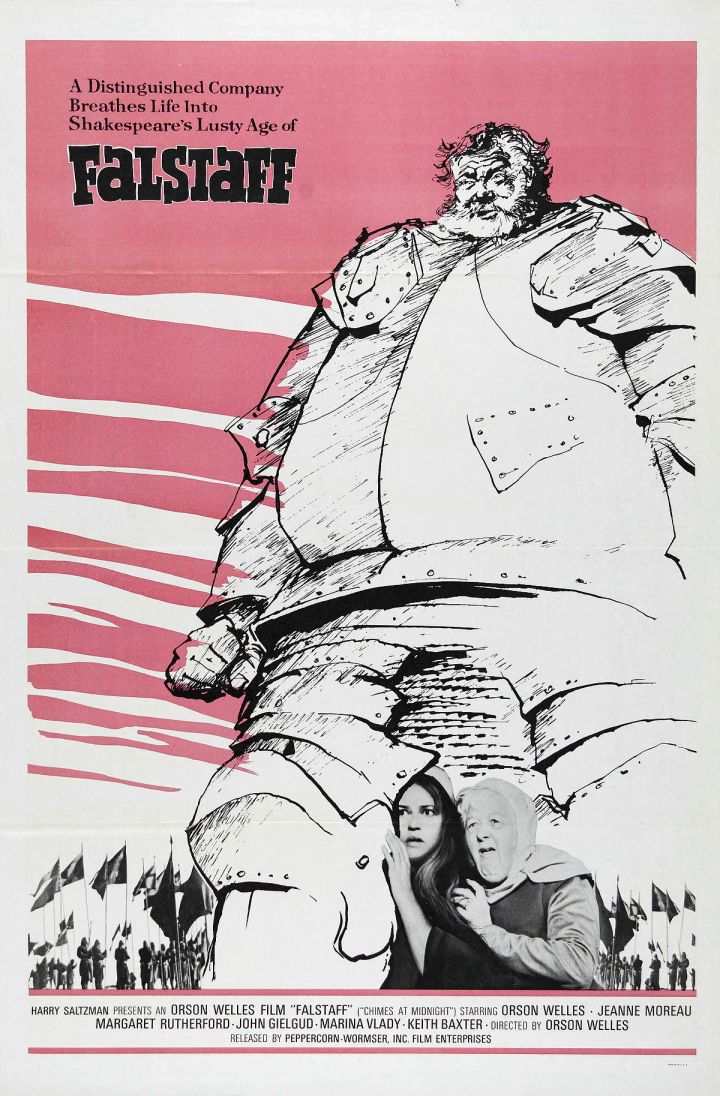 Like almost all of Welles’ later films, it was made under ragged conditions. The director was able to obtain meager financing by telling a bold faced lie (see F For Fake) to producer Emiliano Piedra, promising to direct and act in a version of “Treasure Island” in exchange. Welles had no intention of keeping that promise,  which Piedra eventually discovered, complicating the production (it took two years to complete). Despite budgetary struggles, Welles produced a final masterpiece. Only Welles could do so much with so little, crafting a chiaroscuro landscape with an epic ferociously bleak battle scene that can rank with the likes of Kurosawa.

With his girth and advanced age now a plus, Welles is physically perfect for the role, but the character of a lush, rogue anecdotist on the verge of become a train wreck parody is also close to the actor’s heart.  He doesn’t play Falstaff too broadly (comedy was never Welles’ medium), and there is a touch of smallness in the distended knight living beyond his means. Art imitating life, as far as Welles was concerned. Almost equally fine is John Gielgud‘s performance as the draconian Henry and (most disturbingly) Jeanne Moreau as the prostitute Doll Tearsheet. 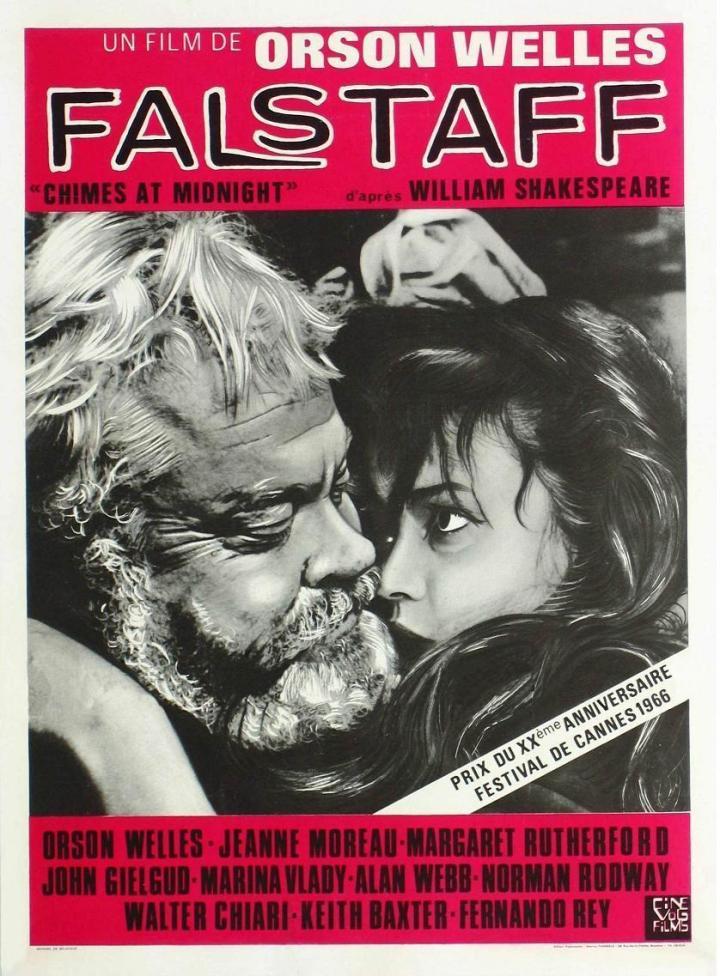 As fine as Laurence Olivier was as Hamlet, Henry, and Richard, there was always a feeling of Shakespeare being too easy for him. The (considerably budgeted) productions went smoothly. One never comes away from Olivier’s Shakespeare with a sense of the artist and the production having grappled with the literary source.  Quintessentially professional, Olivier, like the Berlin Philharmonic conductor Herbert Von Karajan, is well-rehearsed in the art of reinterpretation. What makes Chimes at Midnight unique among the great cinematic Shakespeares is that which some critics initially complained of in it. Welles, like Leonard Bernstein, transforms interpretation into a sweaty brawl. In doing so, the director’s idiosyncrasies, or rather personality, is so imposed that it transforms  the work into a bona fide personal manifesto: lusty, often approaching a bacchanal.  It speaks volumes that Olivier, unlike Welles, was an Academy favorite. Yet Welles is as fearless and assured with the text as the more acclaimed examples of Olivier and Kenneth Branagh.

Put Chimes at Midnight at the top of your Shakespeare to do list. You won’t even have to wait a half century to see it as it should be seen. 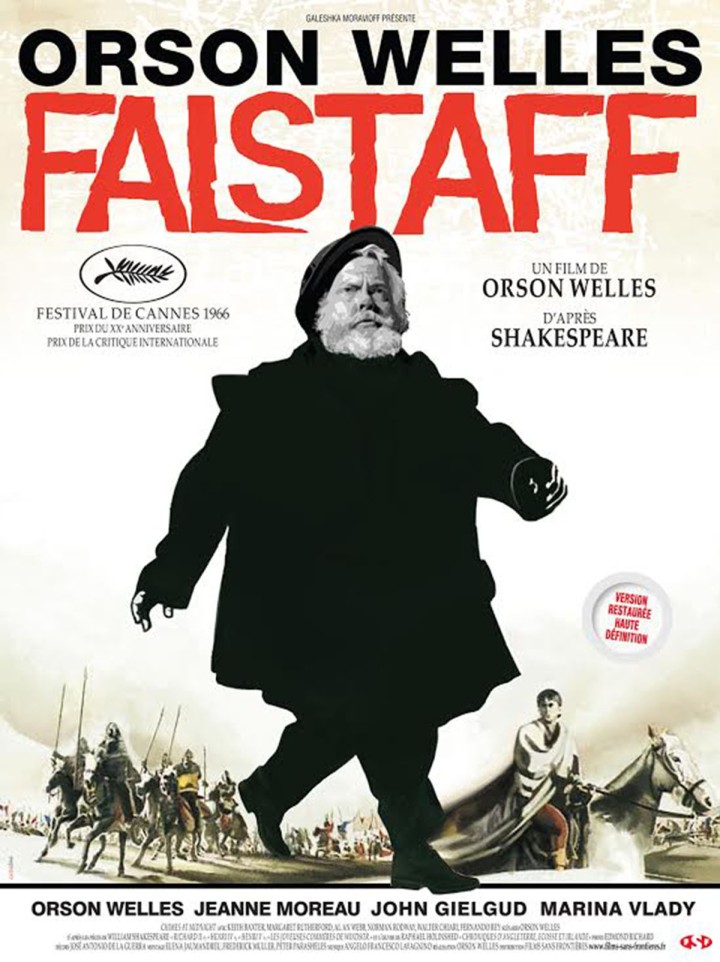