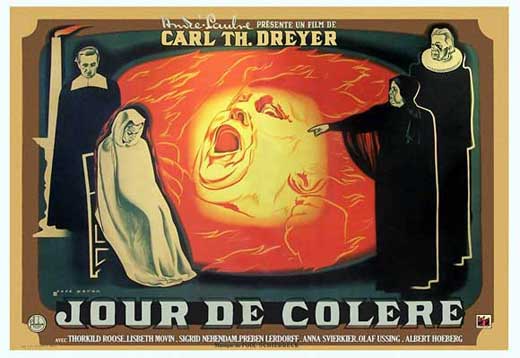 Carl Theodor Dreyer‘s Day of Wrath (1943) is an undeniable masterpiece that should be required viewing. It’s bleak as hell; a kind of synthesis of Rembrandt and Nathanel Hawthorne filtered through a lens of wrenching pessimism. After viewing, you’re likely to break out in a sweat and be reduced to incoherent mumbling. If you’re brave enough to attempt a second viewing, wait twenty-five years. It’s that intense: the most somber opus in this unrelentingly somber filmmaker’s oeuvre. 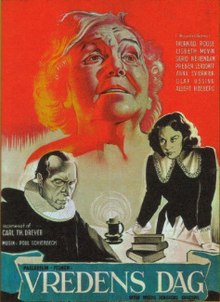 As in virtually all of Dreyer’s work, Day of Wrath (the title is taken from the hymn “Das Irae,” used in requiem masses) highlights the director’s excruciating obsession with realism, and his paradoxical stylization. Set in the 17th century, Wrath‘s subject is the Danish church’s persecution of accused witches. Critics at the time noted  Dreyer’s unflinching comparison of the powerful Protestant Church with the Third Reich (Denmark had recently acquiesced to the Nazis). In The Passion of Joan of Arc (1928), Dreyer had previously held the English Catholic Church to accountability (although one must concede that he wasn’t entirely sympathetic with the saint either). Here, his lack of favoritism is equally unsparing. His grim eye for religious and political institutional thought soaks every pigment of every frame, but falls short of full-scale condemnation. His shrug at commercial filmmaking and its audience is proportionately tenacious. In daring to produce films of authentic spirituality, he appeals to no brand of atheism—be it religious or cinematic atheism.

In approaching Day of Wrath, holster all naive notions of hope. There is none to be had, except for a sensuous sliver in the form of Lisbeth Movin as Anne, the second wife of Rev. Absalon (Thorkild Roose). For the sin of youthful earthiness, the poor woman is inherently doomed. 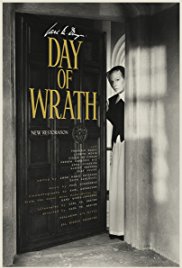 The superlative early sequences focus on the old woman Marthe (Anna Svierkier), an accused, tortured witch who believes she can blackmail Absalon into interceding to save her from the stake. Anne, who sympathizes with Marthe, is the daughter of a witch, one whom Absalon hypocritically protected to secure the arranged marriage. Complicating the loveless union is Anne’s  love for Absalon’s son Martin (Preben Lerdoff Rye) who is closer to her age. Intensifying the already oppressive milieu is Absalon’s mother, the sadistic and jealous Merete (Sigrid Neiiendam), who hated Anne’s mother and now equally despises her daughter-in-law.

With Anne clearly more a trophy than a beloved, Absalon fails to heed Marthe’s threat, and relinquishes the old woman to the stake. The scene is excruciating to watch and, as he had Maria Falconetti in Joan of Arc, so Dreyer again puts an actor through extreme physical discomfort to solicit the right degree of suffering. Perversely choreographed to an ominous hymn, it climaxes with the dying Marthe placing a curse on Absalon and Anne.

What follows may or may not be the aftermath of that curse. Wisely, Dreyer leaves that decision to the viewer. Ordinary people lose their humanity in subscribing to the fears and platitudes of religiosity and the status quo. Even Anne becomes unsympathetic when she sets the wheels of Absalon’s comeuppance in motion. Rather than being freed after the Lutheran pastor’s death, Anne is betrayed by the weak Martin and denounced as a witch by Merete. Like Melisande, Anne becomes purified by accepting her fate. 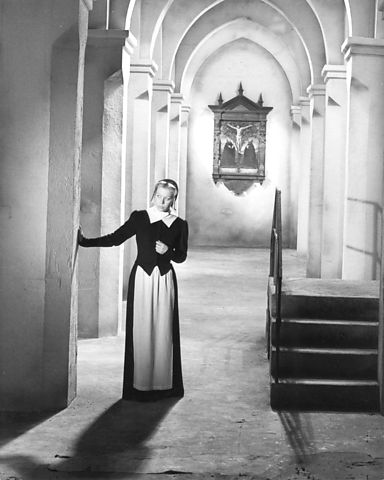 Strikingly photographed by Karl Andersson, the black and white chiaroscuro further intensifies an almost unbearable experience. For contemporary viewers, the unrelentingly static pacing of Day of Wrath may prove a challenge. Yet, it is unquestionably the most powerful film to date on its subject.