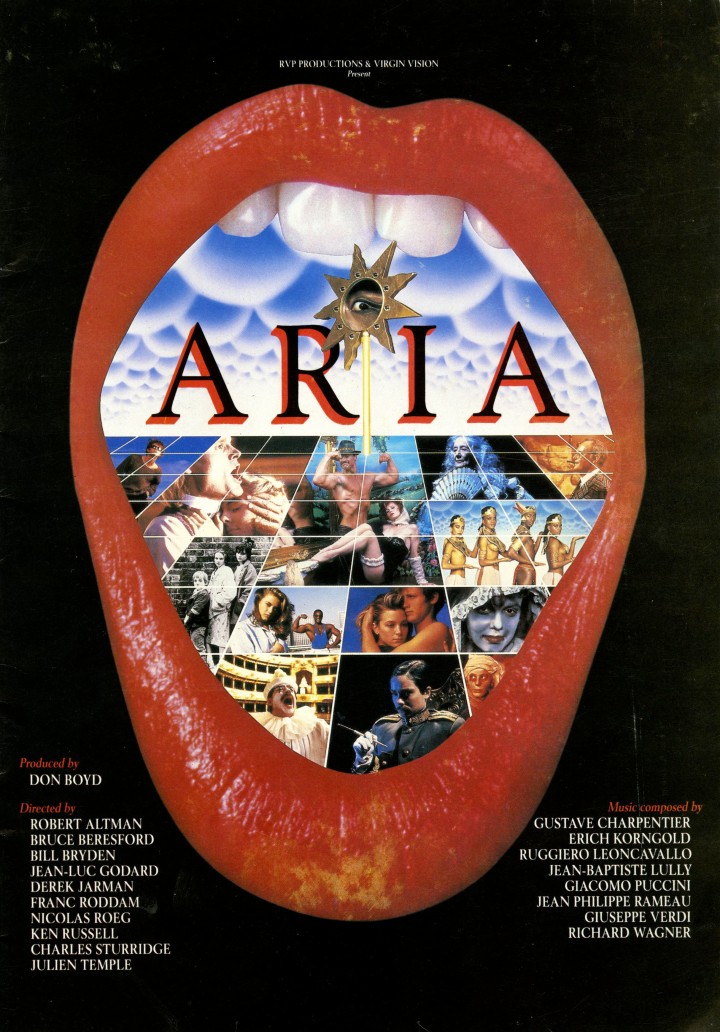 It’s no  revelation to say that supporters and patrons of the arts mantle an attitude of progressiveness and promote themselves as such. For the most part, in the contemporary West at least, that’s a fallacy. A spirit of ultra-conservatism has hijacked virtually every art form. One finds it even in the least expected places. Impressionism can be found in bland texture-less prints  at Corproate Christendom’s Hobby Lobby, who even have their own dead hypocritical hack pseudo-impressionist: Thomas Kinkade. Abstract expressionism has gone the way of J.C. Penny office decor. Surrealism has been relegated to melting-clock Dali stickers on the folders of angsty teenaged boys. Horror and sci-fi film aficionados subscribe to formula expectations, often reacting with hostility to anything that contains an ounce of originality, style, or challenge (i.e. A.I. Prometheus, The Babadook, The Witch). With damned few exceptions, rock and roll is dead, as is jazz, which has been sabotaged by the self-appointed tradition preservationists (i.e. Wynton Marsalis) and devolved into the oxymoronic smooth jazz (Kenny G). Nowhere is orthodox contagion more in evidence than in that Queen Mother of all art forms: Opera. American opera fans are about the only demographic that can actually render comic book fanboys a comparatively innovative lot. Who would have thunk it?

Yet, the tradition of opera, ballet, art music hardly paved the way for such conservativism. As both conductor and opera director, Richard Wagner found no one’s music or ideas sacred, not even his own, and complained that younger conductors were playing his music too reverentially. Gustav Mahler took an equally innovative approach to stage direction. His own body of work took the art form (the symphony) into an astoundingly elastic direction, even influencing the Second Vienesse School (which makes the sanctification of both his and their music rather baffling).

When that uncouth Leopold Stokowski and Walt Disney teamed up forFantasia (1940) and dared to suggest that art music could be both dangerous and kitsch fodder for transcription and animation, the purists were outraged. The outcome was an unparalleled flop for Disney; it took decades to recoup his investment and earn critical reevaluation (Stoki, par for the course, weathered everything). Financiers took note, and nothing on this scale was really attempted again until Aria (1987).

The concept for this anthology is commendably direct: an ensemble of avant-garde directors are given free-reign to interpret an operatic aria of their choice. The execution, even with these artists, is uneven. 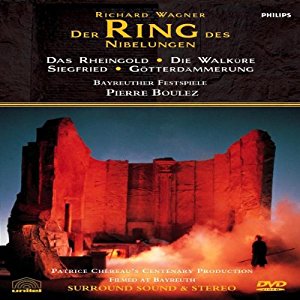 When first released, Aria was dismissed by some critics as MTV-does-opera, and while there is a kernel of truth in that, it was probably more inspired by the phenomenal success of the controversial Patrice Chereau/Pierre Boulez modern Ring Cycle, which premiered in 1976 and televised (like a mini-series over the course of five nights) first in 1979 (it was still showing widely on television up until the late 80s).

The obligatory anthology wraparound (albeit a loose one)—or bridge, as some have referred to it as—is Bill Bryden’s “Pagliacci,” by Ruggero Leoncavallo, starring the late John Hurt. He lip-syncs to the legendary Enrico Caruso and delivers a predictably poignant performance as the washed up Canio, climaxing with that famous aria of the clown who smiles through tragedy (yeah, it’s become a cliche). Of the segments, this comes closest to anything approach traditionalism.

First up is Nicholas Roeg‘s interpretation of Giuseppe Verdi’s “Un Ballo in Maschera.” Roeg casts wife Theresa Russell (in male drag) as King Zog. Transplanted to 1931 Vienna, and based on the historical assassination attempt, Roeg (a director far more uneven than his cult admits) paints a cynical and violent portrait of royal narcissism. Although not without merit, in a misguided attempt to be linear, it’s aesthetically conventional and inevitably dull.

Charles Sturridge’s take on Verdi’s “La Forza del Destino” fares better. It’s the only segment filmed in black and white, which aptly fits this blue vignette. It opens with the sublime image and text of Mary of the angels and her cloak of peace. Essentially, it’s about British pubescents stealing and crashing a car, but the juxtaposition of sacred art with campfires, holy candles and a tragic, fiery conclusion on a London street is commendably hushed, forlorn, and heartrending. 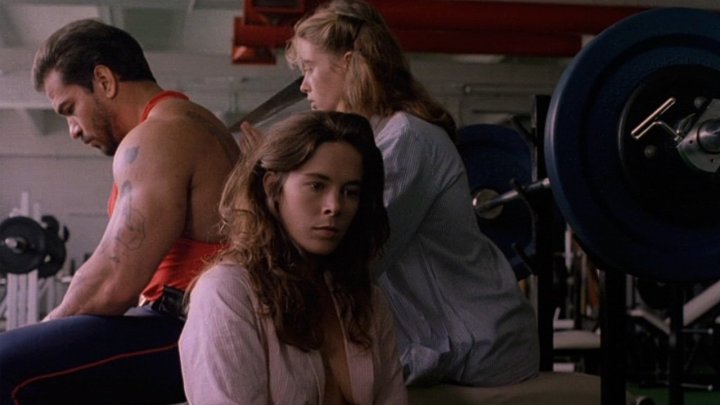 Jean-Luc Godard’s take on “Armide” by Jean-Baptise Lully is a hoot. Taking place entirely in a gymnasium, two (frequently nude) nymphs wipe down and are on the verge of slaughtering oblivious, narcissistic body builders. The clanging of the metal weights adds to Lully’s music (he needs all the help he can get). Absurdist lust and love are, of course, typical Godard staples.

One of the biggest disappointments in Aria is its lack of musical variety. Had no one heard of Berg or even Mozart? Verdi strikes again with the woefully familiar “Rigoletto,”under the auspices of prolific MTV director Julien Temple, who one-ups Godard in the absurdist department. He’s more obvious, but it works. It’s about unfaithful spouses rendezvousing at the Madonna Inn with a predictable outcome. However, you do get the always enjoyable Buck Henry as a hack movie producer high on ecstasy, couples swinging in caveman attire, and an Elvis impersonator delivering “La donna e mobile.” It also stars familiar faces Beverly D’Angelo, Anita Morris, and Gary Kasper. Everyone seems to be enjoying themselves transforming Verdi into high camp, which is probably the best way to endure this intolerably overrated composer.

Bruce Beresford interprets an artist who hadn’t been dead for a century with Erich Wolfgang Korngold’s “Die Tote Stadt.” Unfortunately, Beresford is a wee bit lacking in the imagination department. It stars a very young Elizabeth Hurley and Peter Birch as lovers in the buff lip-synching and… not much else. It is brief, though.

Robert Altman surprisingly disappoints somewhat in adapting Jean-Phillip Rameau’s “Les Boréades.” Serving as his own editor, Altman’s camera roams over a theater filled with lascivious pancaked caricatures… and not much else. It is brief, but not brief enough. 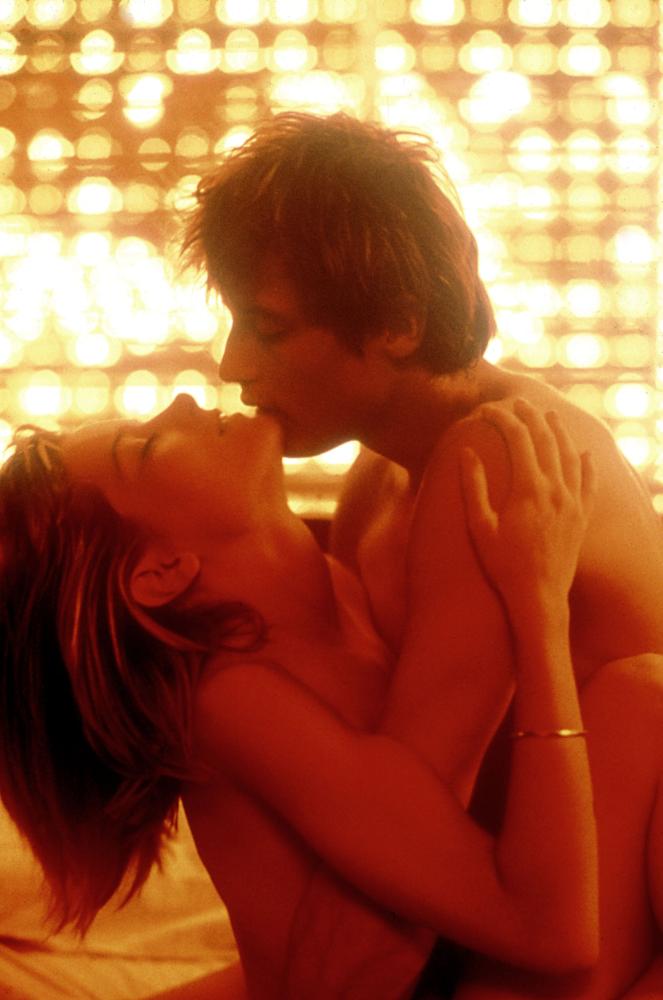 Richard Wagner’s “Tristan und Isolde” contains, of course, some of the most innovative music, as influential in its genre as Beethoven’s “Eroica” was for the symphony. It’s been lucky on film (Jean-Pierre Ponnelle, Heiner Muller,  Patrice Chereau). Here, Franc Roddam directs the underrated (and missed) Bridget Fonda and James Mathers, transporting the doomed lovers to the Nevada desert for  a helping of sex and death, accompanied by Isolde’s “Liebstod.”  With its glitzy Old Vegas lights, desert landscape, and a searingly lit hotel room, this one of most visually salient vignettes. Narratively, it’s a bit meager, but “Tristan” is more emotion-soaked than plot-based.  It’s aptly softcore with a compellingly sensuous Fonda. 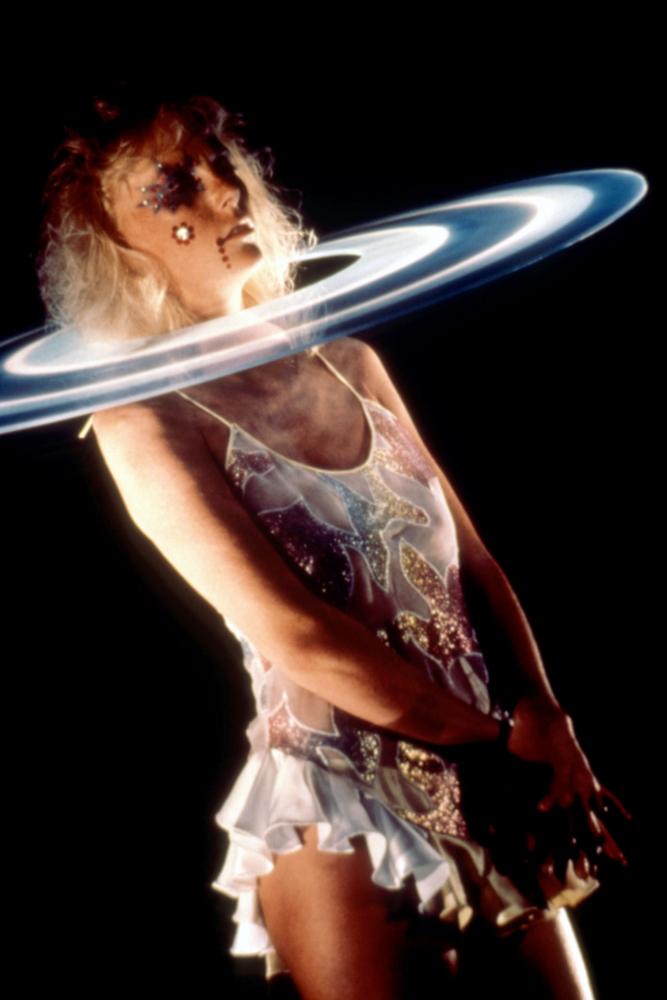 Who better to tackle the fatally overrated Giacomo Puccini than Ken Russell, who practically made a career of toppling pedestaled  musical “geniuses?” Russell knocks it out the ballpark with what is easily the best (and weirdest) entry. If it was a standalone short without the surrounding films dragging it down, it’d be a heavyweight List contender. It stands as one of Russell’s most accomplished works. For “Nessun Dorma” Russell casts lithe model Linzi Drew as a woman imagining herself as a bejeweled Egyptian goddess who is, in reality, the victim of a brutal, bloody car accident. Naturally, Russell isn’t shy about depicting unnerving details. Someone should have given him an entire opera to direct. 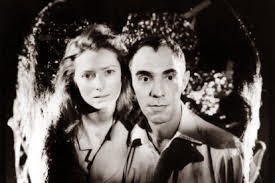 Derek Jarman casts a young Tilda Swinton in Gustave Chapentier’s “Louise,” which depicts an aged opera singer delivering her final performance and reflecting back on her life via 8mm movies. Reportedly, Jaman was an opera enthusiast, and while he doesn’t interpret the material literally, his approach is too reverential and sentimental, making one almost expect Celine Dion to show up. While’s it’s not a disaster, it’s a comedown after Russell. Fortunately, the film fades out with the climax of Bryden’s “Pagliacci.”