“Hitch your goose pimples to The Horrible Dr. Hichcock … and away you’ll go, screaming your head off! The good doctor is more than a little strange. He’s a lot loony, and he gets more so with every cute corpse he chops up and every beautiful bride he boxes in. Scary ghosts, black cats, secret doors. What more do you want? But there is more, even more horrible hanky panky than you can imagine in The Horrible Dr. Hichcock. In blood red, ghost green turned blue, and gold fright color.” 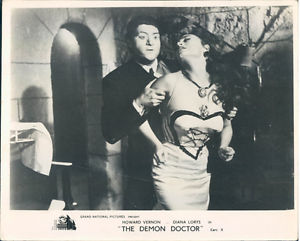 “Welcome to the mad, mad world of The Awful Dr. Orloff, in funeral black and white. Such carryings on and such carrying out you’ve ever seen. The Doctor’s dilemma has to do with an impossible cure he’s blood-bent on effecting, no matter how many beautiful girls are tortured and killed in the process. If you like to shiver and shake, quiver and quake, there’s mayhem on a monstrous scale in the most unlawful, really awful, awful Dr. Orloff.”

Horror Hotel (AKA City of the Dead, directed by John Moxey) is the premier production from Milton Subotsky (who also wrote the story) and Max J. Rosenberg. Subotsky and Rosenberg are primarily known for forming Amicus Productions and popularizing the horror anthology format. Although Horror Hotel might be seen as a precursor of Italian Gothic cinema, it really is a case of style over substance, albeit an entertaining one. Its pedestrian writing keeps it from attaining a classic status. However, the film belongs to art director John Blezard and cinematographer Desmond Dickinson (who had previously won the award for best photography for Laurence Olivier’s Hamlet at the 1948 Venice Film Festival). Together, the two create a haunting milieu.

The film opens in the village of Whitewood, Massachusetts with the burning of witch Elizabeth Selwyn (Patricia Jessel) in 1692. Naturally, she puts a curse on the villagers torching her and vows to return for revenge as the bride of Lucifer. Equally predictable, we have little sympathy for the puritans, and are almost inclined to wish her well.

Circa 1960, Professor Alan Driscoll ( Christopher Lee) teaches a course on witchcraft and has zeal for his subject, and little patience for his skeptical students, with the exception of Nan Barlow (Venetia Stevenson). It helps that she’s serious, even volunteering to continue her research in Whitewood. It helps even more that she’s a looker.

Although Horror Hotel is an early entry in the witchcraft genre, the plot’s bullet points are paint-by-number. Driscoll’s sinister motives are blatantly obvious from his introduction, as is the identity of the reincarnated Selwyn and the intended victim (which echoes Psycho, although the films were released only a few months apart). The Whitewood fog machine could have used a little less juice, but images of zombie-like villagers and monks lethargically dragging life-size crosses through a graveyard craft an undeniable visual tension, despite the narrative predictability.

A gas station owner, mute servant, and blind priest add up to a cliched trio of soothsayers. Lee’s role is secondary, but highly effective (reportedly, he was pleased with his performance and the film, which he referred to as an “American Gothic”), but it is Jessel who steals the film. 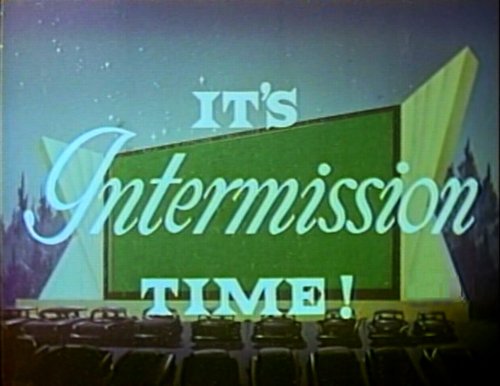 “Refreshing ice cold, Coca-Cola with a bright, right taste and special spark all it’s own. Enjoy a coke at our snack stand right now.”

“Try a tasty treat for the whole family. Hung’s Shrimp Egg Roll. They’re deliciously hot and now being served at our refreshment stand.”

“Your attention please. May we bend your ear for a few seconds? The Miracle Mile, Northwestern Ohio’s only all-winter drive-in theater, is happy to announce that this year (1960) we are installing the all-new high powered, Golden Hot Shot Electric In-Car Heater—the heater that heats quicker, circulates more heat faster than any heater available on today’s market! Continue to enjoy the pick of the pictures all winter in the toasty warmth of your own car with the Miracle Mile’s All New Electric In-Car Heaters. Guaranteed to heat your entire car.”

“Would you like to do a good deed? If you have a shut-in or handicapped friend living with or near you, bring them with you next time you attend this theater… we’ll admit them free to help you bring some sunshine into their lives. So remember… bring along your shut-in friends or invalids as our guests. Just ask the cashier for a shut-in pass.”

The Head (1959, directed by Victor Trivas) is another example proving that the cinema medium is more than just writing and filming narratives. Trivas’ credentials would indicate something more substantial than the movie’s title and premise so. After working under Sergei Eisenstein and  G.W. Pabst, Trivas’ directorial debut, No Man’s Land: Hell On Earth (1932),  was seized and destroyed by the Nazis in 1940 due to its pacifist message, leading the filmmaker to take refuge in France and America. Primarily a writer, The Head is Trivas’ last directing credit; ill health forced his retirement the same year (he died in 1970).

Two German Expressionist production designers: Hermann Warm (whose impressive resume includes art direction on  Robert Wiene’s Cabinet of Dr. Caligari, F.W. Murnau’s   The Haunted Castle,  Fritz Lang’s Destiny, and Carl Theodore Dreyer’s Vampyr) and Bruno Monden (who worked extensively with Paul Verhoeven—no, not  that one, the earlier one) contribute immensely to The Head. The opening credits, with barbed white lettering over a dark, full moon-covered sky, are Tim Burtonesque. Its atmosphere is punched in by a bizarre electronic score (by Willy Mattes, who did  The Horrors Of Spider Island later that year) which could well have fit into the post-Webern school of composition; but unfortunately, we only hear it occasionally. With its budget, the film is like the poverty row product cranked out by Monogram and PRC factories from the previous decade. Naturally, The Head is compared to the more infamous The Brain That Wouldn’t Die (1962). In place of catfights and mondo dialogue, The Head features wretched dubbing; weird performances from cult German actors Horst Frank (in a rare leading role) and Michael Simon (as a disembodied head); a haunting modernistic house that looks like it might have been designed by  Edgar G. Ulmer (surrounded by a purgatorial forest); a hunchback who is given the body of a stripper and begins touching herself; and a where-the-hell-did-that-come-from subplot about the exotic dancer and her loser artist boyfriend whose dad hated him. It’s all carried out glumly. Even in Z-grade trash, those German artists can’t resist being wacky; one suspects it’s in their DNA.

“Please remember to hang your speaker on the post before you leave the theater.”

This review, including the drive-in bumpers, refers to the double feature available  from Sinister Cinema.