We open 1978 with a double feature of also-rans from the nunsploitation genre. It appears the not-so-good sisters unwittingly blessed the exploitation/horror/science fiction genres, because the year is chock-full of titles that cleaned up at the box office.

The Sins of Sister Lucia (directed by Koyu Ohara) isn’t boring with its ramped-up sleaze and nudity quota, but it’s derivative of every nunspolitation feature made, without a single surprise. It was a hit in Japan where the genre was gold. 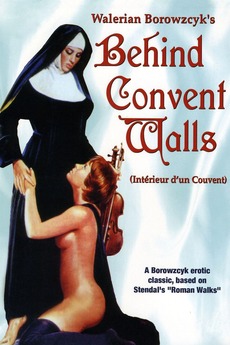 Behind Convent Walls (directed by Walerian Borowczyk) manages to be a dull affair, even with bestiality thrown in.

Zombies go to the mall in Dawn of the Dead, George Romero’s belated sequel to Night of the Living Dead (1968). It was a huge critical and commercial success, with the late Roger Ebert proclaiming it one of the greatest horror films ever made. Unnerving and well-crafted, it still can’t match the original, and Romero topped it this year with his masterpiece (part 2). Zack Snyder remade DOTD in 2004. Not surprisingly, it’s a piece of crap.

John Carpenter’s Halloween became the most successful independent film up to its time, setting the mold for American slasher films, and consequently having much to answer for. It’s supremely well-crafted and still holds up far better than the bulk of its offshoots and pseudo-sequels. Doc Loomis ( Donald Pleasance) warns of the evil known as Michael Myers, who escapes the asylum and steals a William Shatner mask, guaranteeing a visceral Halloween night for Laurie (Jamie Lee Curtis, who became the modern scream queen, as her mother, Janet Leigh had been for Psycho). Carpenter’s handling of the violence is near perfect, but the supernatural ending is a curious misstep.

The Toolbox Murders (directed by Dennis Donnelly) has a cult reputation as being one of the sleaziest and grittiest low-budget films ever made. It stars Cameron Mitchell and earns its rep.

Don Siegel’s orginal Invasion of the Body Snatchers is an undisputed genre classic and one of the best films of the Fifties, which makes Philip Kauffman’s kinetic 1978 version all the more surprising, because it’s equally superb and excitingly expands on and reinvents the original. Donald Sutherland, Brooke Adams, Veronica Cartwright,  Jeff Goldblum, and Leonard Nimoy do exceptional work. Don Siegel, Kevin McCarthy, and Robert Duvall have memorably chilling cameos in a film that puts contemporary horror to shame. This was the second of four adaptations of Jack Finney’s novella. The Body Snatchers (1993, directed by Abel Ferrara) is a successful further variation, but The Invasion (2007) was one visit too many.

Take a big director, a big author (Ira Levin), and a couple of big stars, put them in a big budget Hollywood production of a popular exploitation genre (Nazisploitation) and show those indie filmmakers how to do it. The result is the laughably ludicrous The Boys from Brazil. Director Franklin J. Schaffner is wrong for the material, but he’s not as wrongheaded as Gregory Peck playing mad Nazi Dr. Josef Mengele. At the time, the whereabouts of the Auschwitz Angel of Death was unknown, which opened a path for much paranoid speculation that went both ways. As was discovered in the mid 1980s, Mengele was actually hiding on a farm in Brazil, an unrepentant but pathetic figure, jumping at his shadow daily until his 1979 drowning.

Here, Mengele spearheads an underground Forth Reich that is cloning an army of Hitlers. It could just as easily have been titled They Saved Hitler’s DNA. Peck’s performance veers from typical woodenness to bizarre cartoonishness, shorn of authentic menace, which at least suits a movie that feels like bad sci-fi Nazi pulp put out by DC Comics. There’s no frightening banality to it, which is what Fascism is all about (in his last starring role in 2003, Charlton Heston almost unwittingly nailed that quality as Mengele in the little seen, but still not very good My Father, Rua Alguem 5555). The Boys from Brazil is further burdened by comical German accents, including that of Laurence Olivier, who co-stars as a Nazi hunter and seems to be the only one who relishes the script’s pulp. The over-the-top finale literally goes to the dogs. James Mason, Michael Gough, Denholm Elliott, and Steve Guttenberg make up the rest of the big cast. Hollywood congratulated itself and gave the movie a couple of Academy Award nominations. 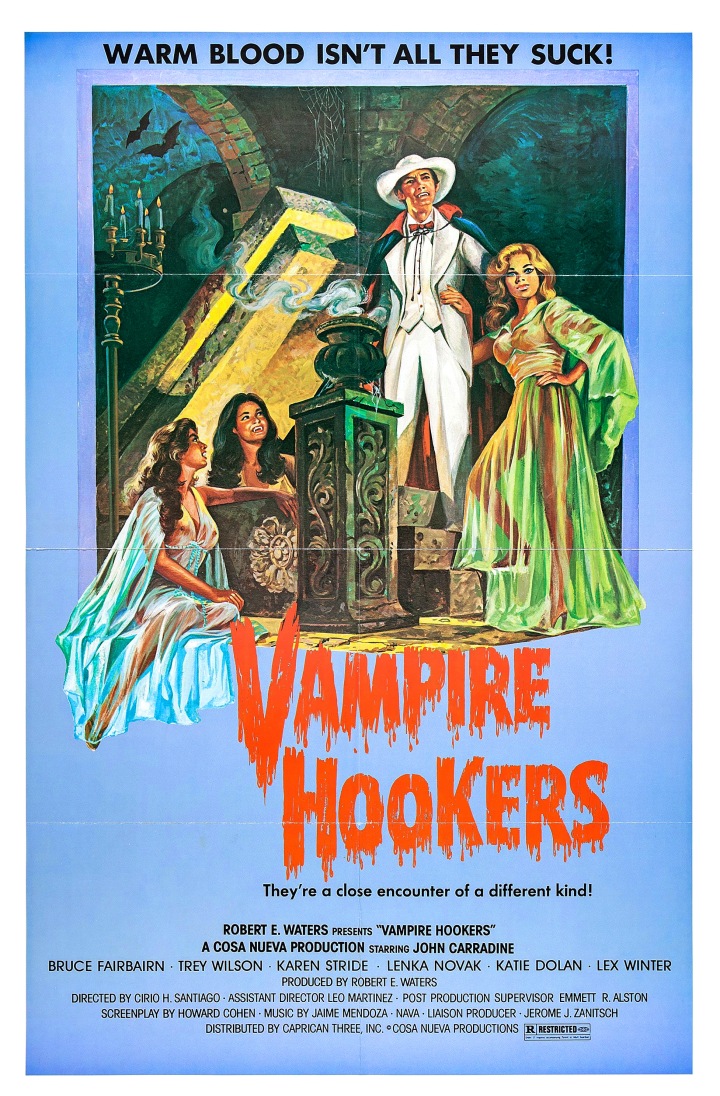 Vampire Hookers (directed by Cirio H. Santiago) stars John Carradine, who stumbles through this shoddy production in an inebriated state, although he does manage to keep his teeth in place. Worse is the comic relief, in a film that purports to be a comedy. As with most of Santiago’s work, it’s not even good at being sleazy and is virtually unwatchable.

Sextette (directed by Ken Hughes) stars Mae West, in her last film, along with Timothy Dalton,  Ringo Starr, Keith Moon, Alice Cooper, Dom DeLuise, Tony Curtis, George Hamilton, Rona Barrett, Regis Philbin, Walter Pidgeon, and George Raft. It’s based off one of West’s ancient plays. Apparently the entire cast knew it was dreadful and, in several cases, that was motive enough. How sexploitative can a movie be with an almost mummified 87-year-old starlet? Count it as among life’s many burning questions. West is clearly absent-minded and barely makes it through the proceedings. Dalton tries hard, but only DeLuise, of all people, escapes unscathed. Recommend taking darvocet ahead of time due to jaw hitting the floor more than once. It’ll literally take days to recover from this one-of-a-kind exercise in sadism. 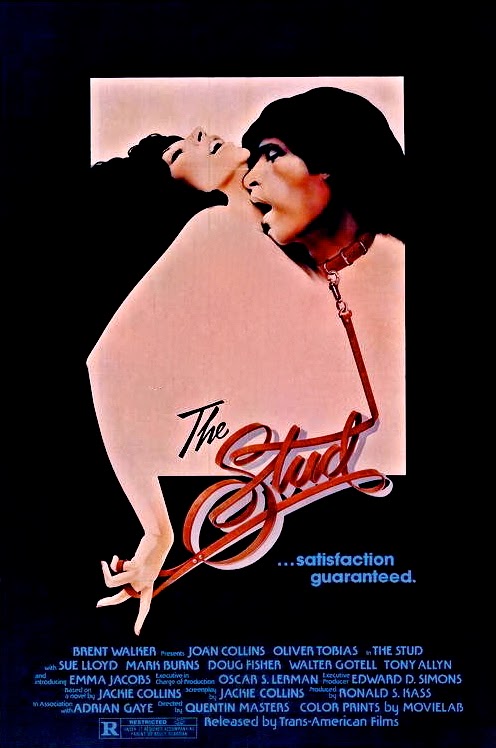 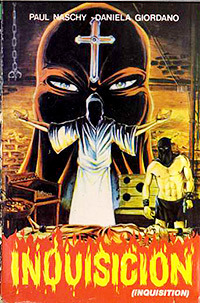 Paul Naschy wrote, directed, and starred in Inquisition. This was his directorial debut and is the treatment one would expect of its  Spanish Inquisition subject. Still, Naschy’s charisma both in front of and behind the camera was in full bloom. 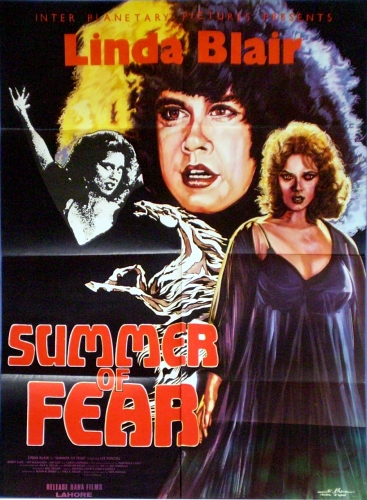 Wes Craven meets Linda Blair in the TV exploitation teen witch yarn Summer of Fear (AKA Stranger In Our House). It’s based on a popular YA book of the era. A lot of people wax nostalgic over it. I don’t.

Faces of Death (directed by John Alan Schwartz) is the nostalgia trip for plenty of white trash stoners. It was a video store favorite and I can’t recall how many times we heard, ”man, let’s drop some acid and watch Faces of Death.”  For that drug, I’d recommend putting on Aldo Nova instead. 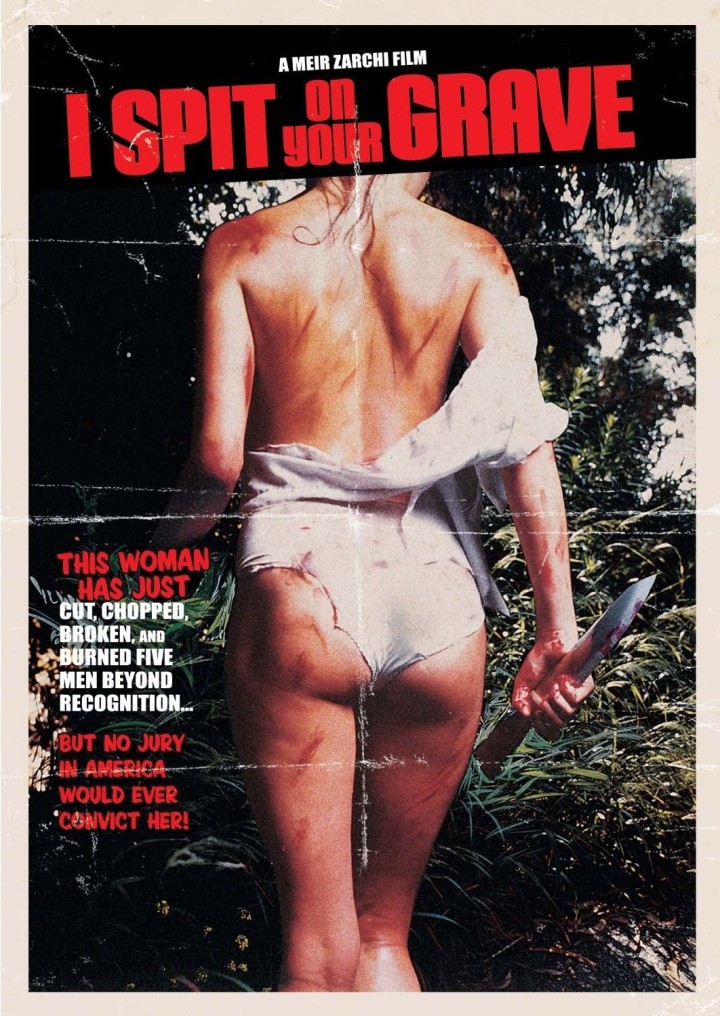 I Spit on Your Grave (directed by Meir Zarchi) is usually the film that come to mind when referring to “video nasties.” Roger Ebert famously moralized against the film, taking it to task as a new low in cinema. It stars Zarchi’s (then) wife, Camille Keaton (cousin to Buster Keaton) who enacts a brutal revenge against the hayseed thugs who reduced her to an unwilling sexual receptacle. Its rudimentary aesthetics (even lacking a musical score) parallel the outrage. The centerpiece is its well-know torture vignette. It was also titled Day of the Woman, which is perhaps even more apt, and was remade in 2010.

Inglorious Bastards (directed by Enzo Castellari) is better known for having been inspiration for  Quentin Tarentino’s 2009 film of the same name. Contrary to popular opinion, the latter is, thankfully, not a remake. While Castellari’s film long had a mild cult following, particularly in the grind house circuit, it’s not the equal of Tarantino. Starring 70s exploitation favorites Bo Svenson and Fred Williamson, its passable popcorn.

After falling victim to friend Carrie’s telekinetic attacks, Amy Irving gets her turn at the bat in Brian De Palma’s steamroller The Fury. Almost from the opening, The Fury is exactly what the title says. After John Cassavetes kidnaps the ESP-gifted son (Andrew Stevens) of friend Kirk Douglas, De Palma has us on our toes, cramming a plethora of genres into his postmodern blender. Kirk solicits the help of ESPer Amy to guarantee a grotesque, tongue-in-cheek head-exploding apocalypse. Sure, it’s  gorging on a smorgasbord with composer John Williams, FX master Rick Baker, and Richard Kline’s craning camera aiding and abetting De Palma in concocting a zany, operatic pulp thriller, which naturally requires a  great villain. Cassavetes delivers in spades, and we can’t wait for Amy’s veins to go snap, crackle, popping’ into a ball o’ fire. Leave plausibility behind and gobble De Palma’s bag of tricks til you wobble.

2 thoughts on “1978 EXPLOITATION TRIPLE FEATURE, PART ONE: THE BOYS FROM BRAZIL AND THE FURY”