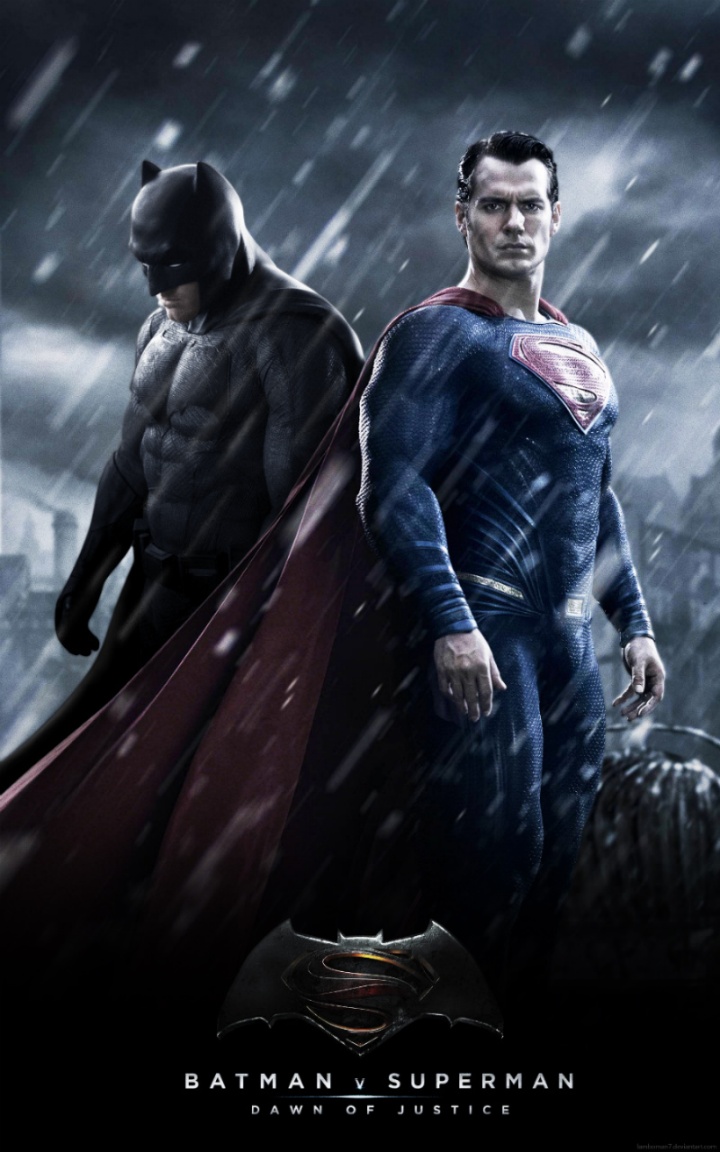 How can a movie with the two biggest male kahunas in comic book history go wrong? Easily, if it’s made by Hack Snyder. The best thing that can be said about Batman vs. Superman (2016) is that it’s not quite as wretched as Man Of Steel (2013). 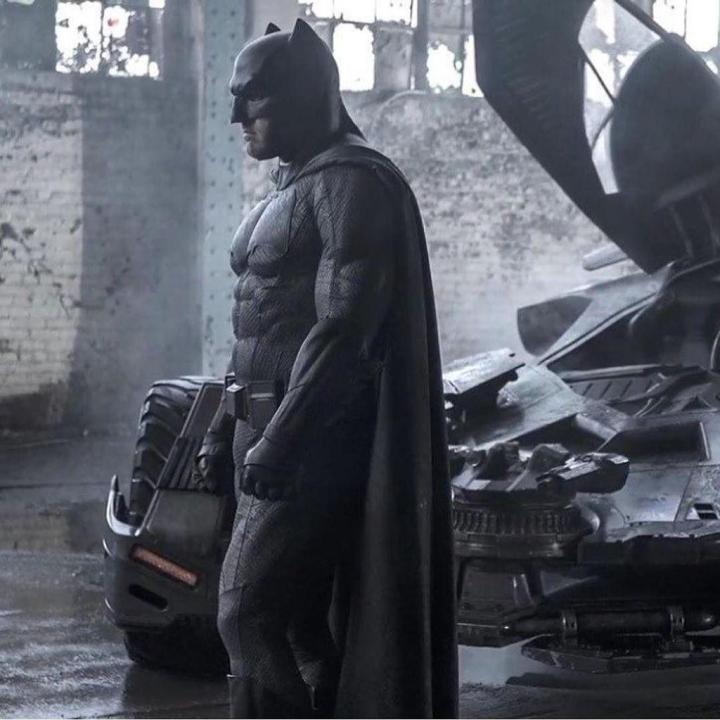 Predictably, upon receiving news that actor Ben Affleck had been cast in the role of the Dark Knight, comic book fans took their protest to social media. Actually, the actor has little to work with here, and, for some reason, uses Christian Bale‘s “mouthful of rocks” voice when wearing the Bat armor. Thus, through Snyder’s apathetic direction, Affleck is rendered a beefcake yet again, unable to make the role his own. The writers (David Goyer and Chris Terrio) certainly did not give Affleck the humorous, burnout nuances that he perfected in his performance as TV Superman George Reeves in Hollywoodland(2006). With Good Will Hunting (1997), Gone, Baby Gone (2007), The Town (2010), and Argo (2012), Affleck has certainly proved to be a better writer and director than Snyder or his team, which may give DC Comics fanboys a glimmer of hope for his upcoming solo Batman project. One would think fans would have been more worried about Snyder and prepared for the predictable worst since he has never made even a remotely good film. What Snyder had delivered in BvS amounts to a disarrayed, Michael Bay-styled “Passion Of The Batman.” As for the handling of Superman: that is a Snyder slider that can only be craved by people who hate the character. 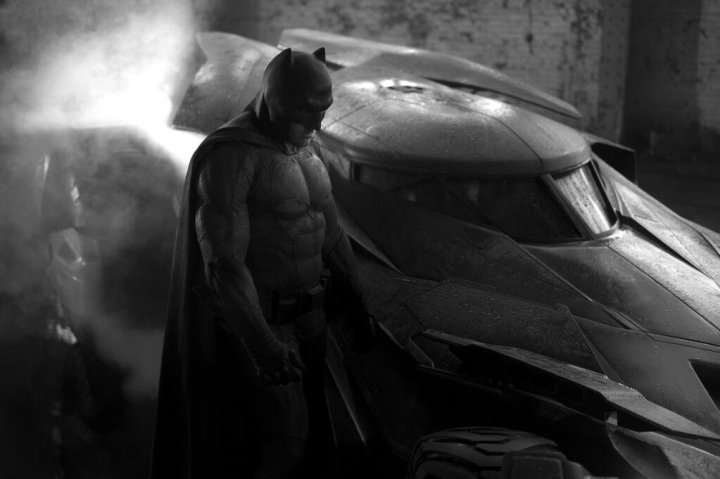 One has to ask what the suits of Warner Brothers and DC were thinking when they handed Snyder a 250 million dollar budget and carte blanche? Are executives unable to tell the difference between a good film and a bad film? Between a visionary craftsman (Tim Burton, Christopher Nolan, Sam Raimi, Joss Whedon, Bryan Singer) and a hack (Snyder)?  And, if not, then why are they in the business of producing movies? Imagine if these same execs ran a restaurant, without concern over the quality of the  food? In any other industry, such bad decision-making would result in a lot of suits rightfully being fired and Snyder’s career being put to a merciful end.

Undoubtedly, fans will flock to Batman vs. Superman, regardless. The fanatics and Snyder himself will scream that bad reviews are part of a Marvel conspiracy. Or, maybe those artsy fartsy critics are being paid off by the Illuminati, cuz you know “they’re not fans” and “they hate all superhero movies,” despite the fact that quite a few of the DC/Marvel movies (X-Men, Iron Man, Dark Night, Avengers) have been widely praised by those same sadistic critics.  Of course, the disciples of fictional super guys will live in denial, like Donald Trump worshipers throwing a blanket over all evidences of their deity’s imbecility, and the proof of their validation will naturally be box office receipts because “the people” have spoken. Never mind that timid, undemanding audiences also made a hit out of live action Scooby Doo movies. Snyder may indeed be the director that an increasingly dumbed-down audience deserves. What we are inundated with here is an endless 150 minutes of two pulpy, biblical/mythical heroes, dressed in tights, smashing their heads through walls. Worse even is the excessively long build up in which nothing happens. It’s certainly not used to give any meat to the characters, except for the angst-ridden “here we go again” Batman origin story. 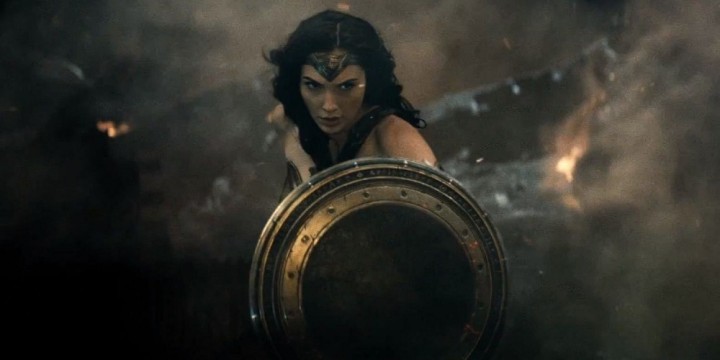 In Superman II (1980), Richard Lester gave us a vulnerable Clark Kent. Michael Keaton‘s Bruce Wayne had many issues as Batman. In the Sam Raimi Spiderman films, much attention was paid to Peter Parker’s girlfriend problems, trouble paying the rent, and jerk of a boss.  Robert Downey Jr.’s charmingly hedonistic Tony Stark made us care about the guy in the armor, not the suit itself. However, Snyder isn’t interested in either Kent or Wayne. They are two-dimensional characters who give us no reason to care about their alter-egos. 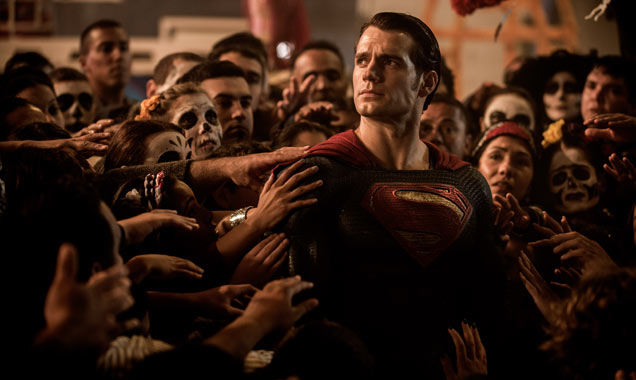 Only the most sluggish director could waste the likes of Jeremy Irons, Laurence Fishburne, Amy Adams, Kevin Costner, Diane Lane, or Holly Hunter. Jesse Eisenberg should probably get the Golden Raspberry award for worst actor of 2016 for his numbingly bad portrayal of Lex Luthor. If all this isn’t enough, the dialogue is so clichéd, hackneyed, adolescent, and groan-inducing that it makes one wonder if  Ed Wodd Jr.’s ghost possessed the script, because I think it actually has more zingers than Glen Or Glenda. 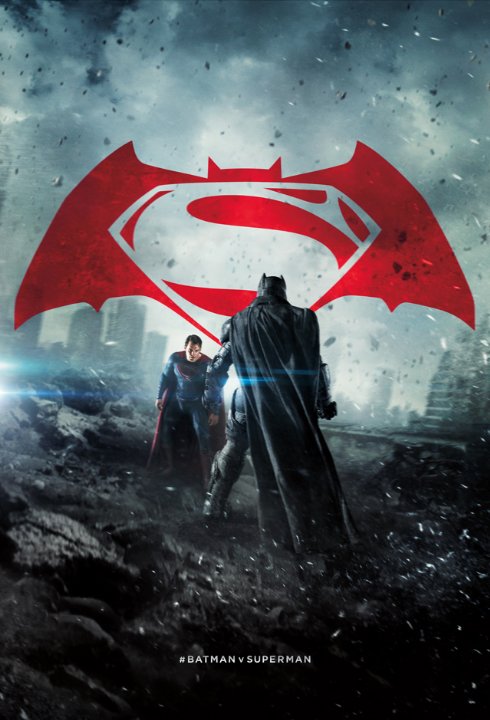 “Civil liberties are being trampled on. Good people are living in fear.”

“Next time they shine your light on the sky, don’t go to it. The bat is dead. Bury it. Consider this mercy.”

“Tell me. Do you bleed? ” [Superman flies off]. “You will!” [The only thing missing is a crash of thunder as an exclamation point].

“It’s time you learned what it means to be a man.”

“You’re not brave. Men are brave. You can’t feel their pain.”

“This means something. It’s all some people have. It’s all that gives them hope.”

“Be their hero. Be their angel, be their monument, be anything they need you to be or nothing at all.”

“There is an alien among us. We’re not alone.”

“No one stays good in this world.”

”The bell cannot be unrung.”

“This is your doomsday.”

“The night is here.”

“There was a time above, a time before. There were perfect things,  but things fall… things on earth. And what falls is fallen. In the dream, it took me to the light. ” 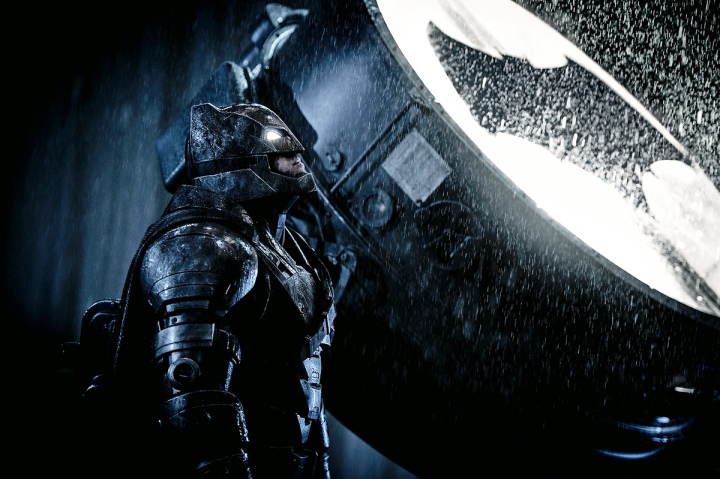 Actually, it’s far worse than anything Ed could ever do, because we damn well know that our favorite angora-clad director (or even Cecil B. for that matter) would have at least milked some fun out of such risible dialogue. Not Snyder. No, he is saddled with so much bland, adolescent machismo that, comparatively, Clint Eastwood appears like a barrel of fun and a man with depth, which is no easy task . There are a couple of good lines in BvS, delivered by Irons and Lane, but the execrable score, by Hans Zimmer (another hack who has ‘specialized’ in Biblical melodramas) and Junkie XL (!), make most of the dialogue inaudible—which is hardly a bad thing. 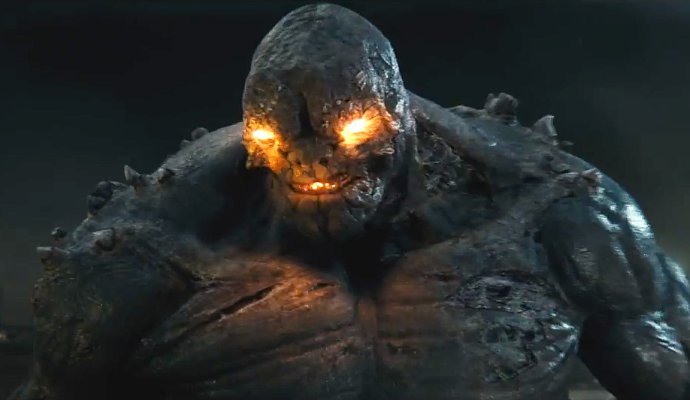 BvS is a blatant setup as precursor to the upcoming “Justice League” movie, so much so that it feels like an epic trailer to another movie, which I sure as hell do not want to see.

Much praise has been heaped upon Gail Gadot’s bit as Wonder Woman, and she certainly steals the limelight from those dull, bulging boys in leotards, but her take is too brief to gauge. 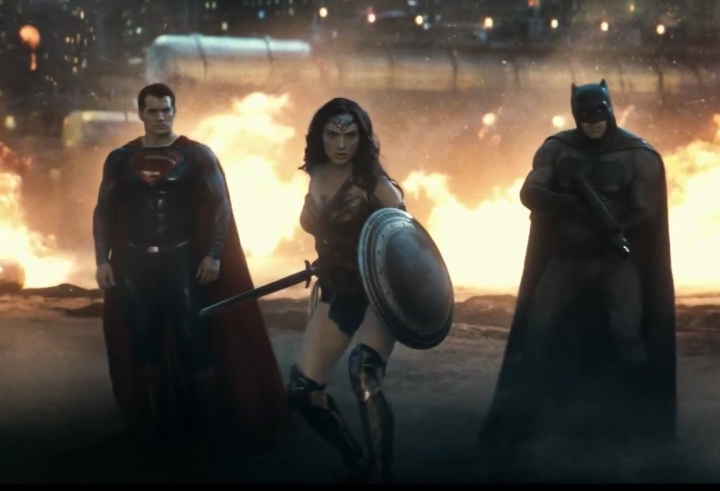 Warner Brothers/DC threatened and warned critics not to post early reviews, giving the excuse of “avoiding spoilers.” That is spin doctoring in the making, children. The executives knew the film was awful, but they don’t care. The goal is to have a big opening that will make their investment back. Everything after that is pure icing. Rather than looking at or even hiring the teams responsible for the various successful DC TV series, they continue on with Snyder, who is directing the next two Justice League movies (with Terrio again scripting). 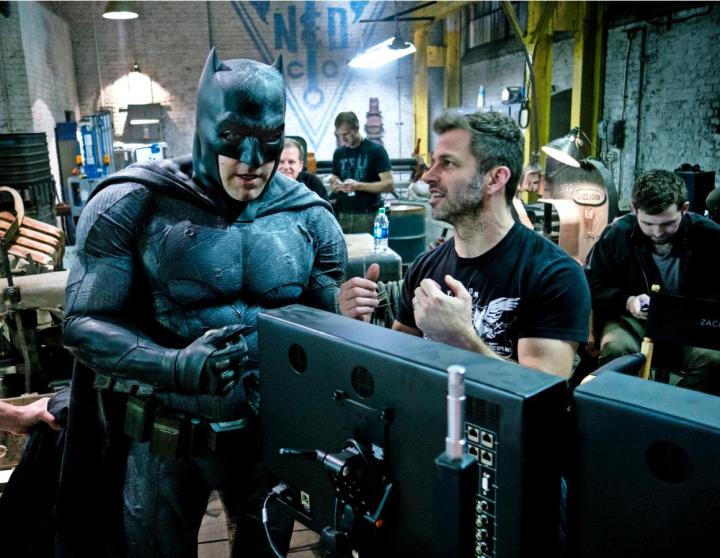 Of course, the film’s defenders are going to take that pretentious tactic of labeling the film’s critics as being pretentious. No one expects or wants high art out of a superhero movie, but BvS commits the ultimate sin. It’s dull, dreary, and muddled. I would say it is tailor made for a future MST3K, but at least we can laugh ourselves awake through those monstrosities.