Oilver Herrmann was quickly proving to be an artist of provocative potential after creating the innovative short films “Dichterlieb” (2000), “One Night, One Life” (2002), and “Le Sacre du Printemps” (released 2004). Tragically, Herrmann’s life and career were cut short when he died of a diabetic stroke at the age of 40 in 2003.  A few months after his death, his partner, soprano Christine Schafer, a specialist in 20th/21st century music, gave birth to their second child. 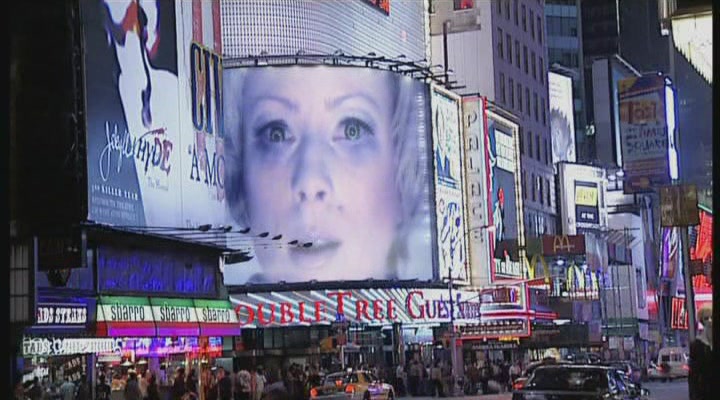 All three have been released on home video with “Dichterlieb” and “One Night, One Life” available together and “Le Scare du Printemps” on a second DVD. The primary interest in the “One Night, One Life” collection is Herrman’s film of Arnold Shoenberg’s “Pierrot Lunaire,” conducted by modern music specialist Pierre Boulez and starring Schäfer. A bit of history may be needed for Schoenberg’s atonal[1], expressionist melodrama. Set to Albert Giraud’s text, the poems, usually spoken by a soprano, are delivered in “Sprechgesang” (spoken singing). 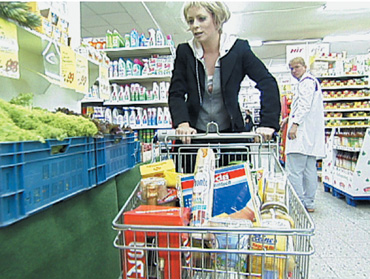 Upon its 1912 premiere, “Pierrot Lunaire” predictably offended the traditionalists. Much publicity was made about it, mostly bad, but at least this was a period when new music and new composers actually grabbed headlines. As late as the 1970s, conservative NY Times music critic Harold C. Schonberg claimed that “Pierrot Lunaire”‘s’ failure to enter the standard repertoire was an indictment of contemporary music. Yet, the 21st century has (somewhat) rendered Schonberg’s assessment as premature. If not quite part of the daily repertoire diet, “Lunaire” is extensively recorded and performed. One might envision it someday becoming as commonplace as Beethoven. 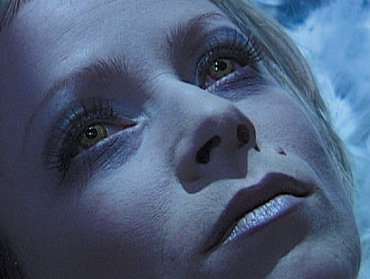 However, together, Herrmann, Boulez, and Schäfer produce a commendable effort to rectify its potentially harmful respectability. The proof is in the pudding as far as music forum reviews go, with the hopelessly puritan music fans expressing outrage towards Herrmann’s blasphemous filming of music that was labeled blasphemous in 1912. One would think, with the combination of Schoenberg, Boulez, Herrmann, and Schäfer, blasphemy would and should be expected. Schoenberg is a composer who was and remains spiritually antithetical to the tenets of fundamentalism, and yet, long dead in his grave, he holds no sway with that lot. Fortunately, the principals speak blasphemy fluently and refuse to appease those who prefer art-music to be neutered, polished, and pedestaled. Schoenberg’s sense of danger is not only intact, but expanded upon. 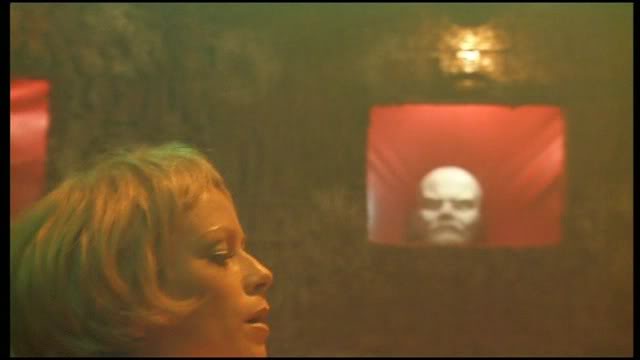 The haunting lyrics are besotted with imagery of sick moons, flowing blood, brandished swords, gruesome communion, blue murder, bloodied crosses, ancient gloom, one-legged storks, coffins, and giant black butterflies ready for the kill. It’s hardly “La Boheme,” and Herrmann transports the protagonist Pierrot (Schäfer) through rows of hanging, butchered animals, pornographic dives, a surreal, ghostly New York Metropolis, and seedy hotels. There is nudity aplenty, but Herrmann’s aphrodisiacal qualities are purely aesthetic. Schäfer is stylish and mesmerizing as a cast out-angel (she was equally memorable as Alban Berg’s promiscuous devil, Lulu). Boulez (who at the time was in his late 70s) waxes provocative as if it is second nature.

Still, this is Herrmann’s show and, in only his second film, proves to already be a giant of authentic Surrealism, which perfectly suits the music, breaking it free from suffocating, conservative restraints.  Fresh, innovative and startling, this is a near perfect homage to undoubtedly great music, and essential viewing.

“Dichterlieb,” set to the romantic music of Robert Schumann,is almost equally evocative, with a pronounced sensuality. Schäfer sings in a part normally meant for a tenor, and there is a not-so-latent lesbian subtext between her and pianist Natascha Osterkorn. Recalling the setting of a smokey Berlin cabaret, the type of venue in which “Dichterlieb” was originally performed, we recall its composer’s intensely passionate, but initially turbulent relationship with wife Clara[2], along with his final, tragic years of madness in an asylum[3]. Although intoxicating and haunting, “Dichterlieb” feels like a prelude to “Pierrot Lunaire,” which, in fact, it is[4]. Being far more intimate (and less well known) “Dichterlieb” is a perfect companion for “One Night, One Life” with Arnold Schoenberg. 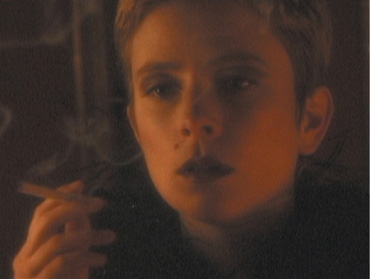 Objecting to an updated, provocative staging (or interpretation, in this case) of Igor Stravinsky’s notorious ballet[5]  “Le Sacre du Printemps,” (“The Rite of Spring”) is equally baffling. The piece scored one of the biggest scandals in music history when it premiered in 1913. The savagely dissonant music, with a theme of a virgin being sacrificed to pagan gods, hardly sat well with its bourgeoisie premiere audience, who violently rioted. Perhaps Walt Dsiney‘s transforming that theme into scary dinos for the kiddies in Fantasia helped to make it accessible (it is now a staple of the 20th century repertoire). Regardless, Herrmann’s interpretation, which is not a ballet, was met with even more resistance by Western audiences.

Essentially, Herrmann’s “Le Sacre du Printemps” is a silent film set to Stravinsky’s music. Sir Simon Rattle conducts the Berlin Philharmonic here, and although he doesn’t have the rhythmic bite of a Riccardo Muti, he does justice to the source.  Herrmann’s postmodern, oblique interpretation of Santeria[6] rituals centers around a faceless God (an African woman confined to the kitchen), along with her creations:  Esther, Lucia, and Dr. Bardot.

The three principals each have issues and obsessions (mourning, past sexual abuses, self-destructive promiscuity, unfettered materialism,  and the chaos of daily life) which reach to crescendo. As the Creator watches through her window, the created are transported to a Gauguin-like paradise, replete with dwarfs, albinos and transvestites. The result is transformative.

Hermmann fell into a diabetic coma within days after finishing the film and did not live to see its critical acclaim, which included awards at the Berlin Foreign Film Festival and the Beverly Hills Film Festival.