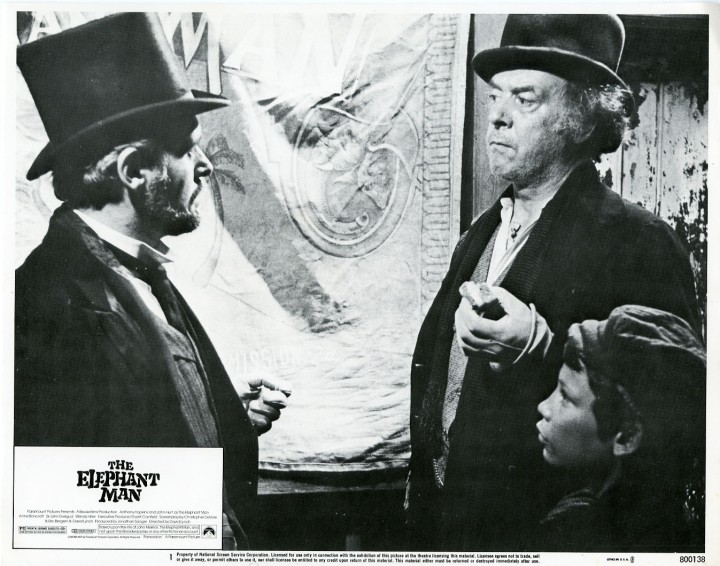 Critics and audiences were surprised by David Lynch‘s Elephant Man(1980), which in itself is surprising. Apparently after Eraserhead (1977) became a cult favorite, the assumption was that Lynch was unable to tell a linear narrative. It’s the very old either/or label that audiences are prone toward. (Lynch would delightfully prove his narrative skills again with 1999’s quirky, but linear, The Straight Story).

The only critic of note who was not surprised was Roger Ebert, in one of his most pedestrian essays. Hopelessly hindered by his belief in the bourgeois definition of “courage,” Ebert delivers a polemic,  writing that the death of *Joseph Merrick was, essentially, a suicide. Ebert further embarrasses himself in questioning the film’s point. We could just as easily question the point of virtually every film byTod Browning or Charlie Chaplin. Likewise, we could ask the purpose of an outsider art gallery. With dignity, grace, and sensuality, Lynch’s The Elephant Man edifies the outsider and obstructs our tendency to judge. Throughout his body of work, Lynch sympathetically locates the pulse of the alien, foreigner, and refugee with authentic depth. (Perhaps we should put Lynch into office instead of Donald Trump). Comparatively, Tim Burton is entirely artifice. 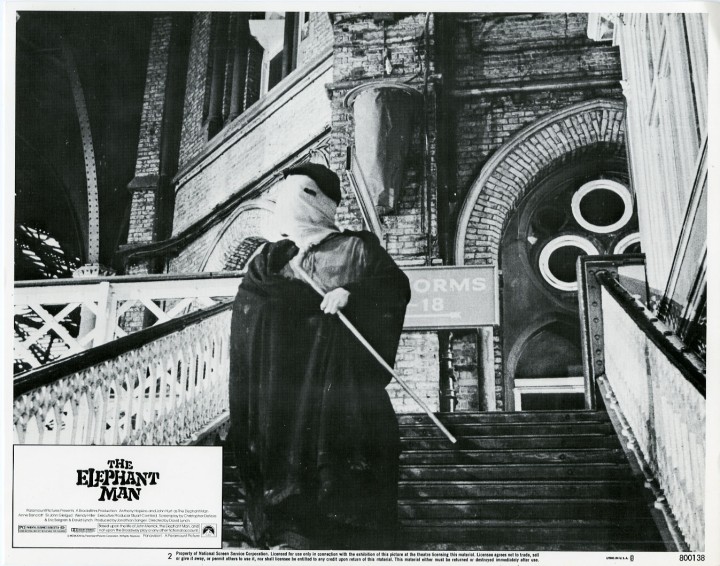 Broken down, the narrative of The Elephant Man is quite orthodox, but Lynch imbues the film with such an imaginative touch that it never fails to feel like a revelation. Smartly, Lynch opens the film in a full-blown horror milieu with ecstatic black and white cinematography from Freddie Francis (a Hammer Studios regular), which paves the way to Lynch shattering all of our preconceived notions. He is aided considerably by Anthony Hopkins’ nuanced portrayal of Dr. Treves, who serves as the point of entry into the traumatic life of the so-called Elephant Man. Matching Hopkins is John Hurt’s sensitive, tour de force portrayal of Merrick. Together, the two actors locate Lynch’s rhythmic pulse.

Wendy Hiller as the nurse, Mrs. Mothershead, and John Gielgud as the hospital’s Governor Carr-Gomm are equally effective. The film is hampered, however, by the predictable hammy acting of Hammer Horror veteran Freddie Jones as Mr. Bytes and, surprisingly, by Anne Bancroft’s superficial performance as upper-class Shakespearean actress Madge Kendal. 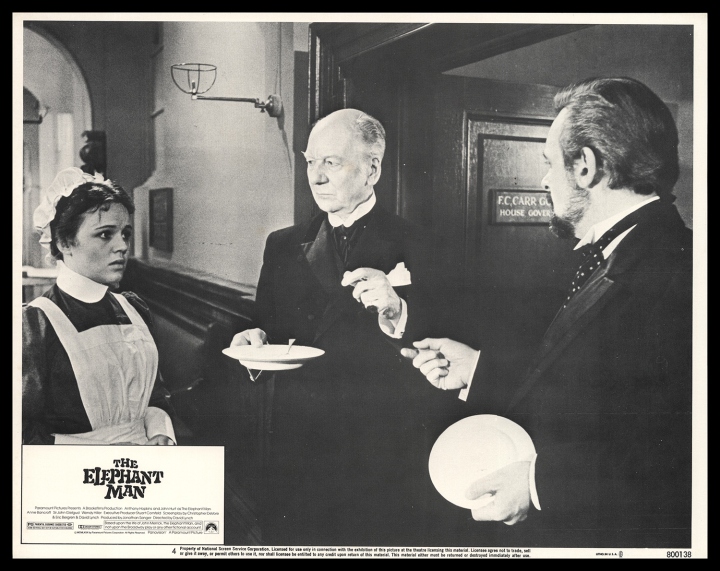 Like the monster of James Whale‘sFrankenstein (1931), Merrick is the protagonist in Lynch’s film. Set in turn of the century London, Treves rescues Merrick from the cruel Mr. Bytes, who regularly beats his freak. To his astonishment, Treves discovers that Merrick is both cultured and genteel.  After Carr-Gom’s eventual approval, both Treves and Mothershead care for Merrick until his death. 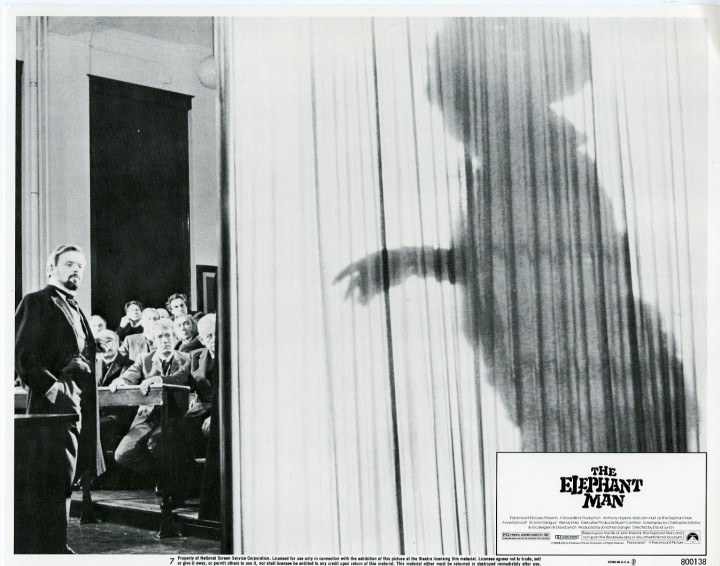 Lynch says quite a bit about class distinction and pulls no punches. The lower-class, uneducated masses are not spared simply because they are destitute. Indeed, Lynch depicts them as prone to barbarism. Nor does the film congratulate the aristocracy: as Mothershead points out, “we are exhibiting Merrick all over gain.”

In lesser hands, The Elephant Man could have easily been preachy, overtly sentimental (think late Chaplin) or caved into a melodramatic crescendo (Think Spielberg). Instead, Hurt’s performance breaks through Christopher Tucker’s ingenious makeup. Ultimately, it is that portrayal which we come away with. That Lynch never allows aesthetics to impede upon the soul of the film is a testament to his craftsmanship.

* Often referred to as John Merrick.