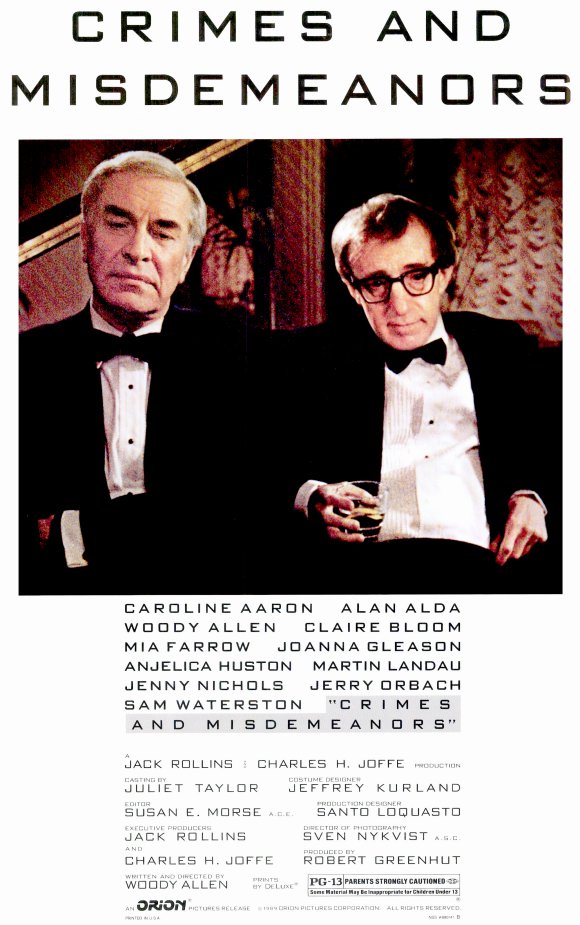 In 1935, Peter Lorre (in one of his few great roles) seared the screen as Raskolnikov in Crime and Punishment (Josef von Sternberg directed, unevenly). Woody Allen is too original to give us a direct adaptation of his literary hero, but he certainly utilizes a   Dostoyevsky diving board  for his own Crimes and Misdemeanors (1989), just as he did (in parody) in Love and Death (1975). 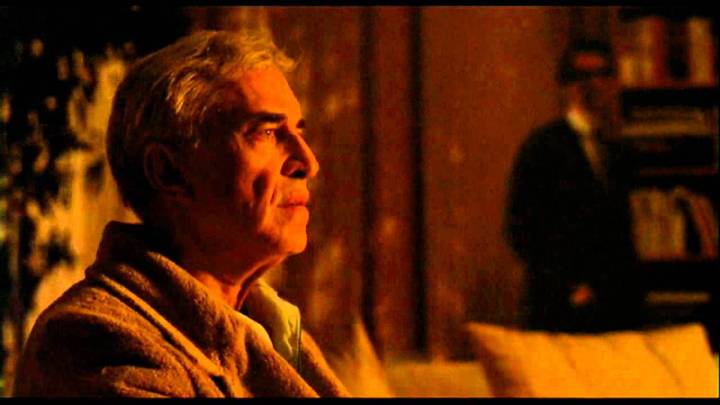 Judah Rosenthal (Martin Landau) is a phenomenally successful Manhattan ophthalmologist having an extramarital  affair with flight attendant Dolores (Anjelica Huston). It’s his first affair, and it turns out to be brief and tragic. Judah consults with both his blind rabbi best friend Ben (Sam Waterston) and his mafioso brother Jack (Jerry Orbach). Both give contrasting advice, as expected. As he did in 1986’s Hannah and Her Sisters, Allen utilizes a large ensemble cast here, interweaving character narratives. Allen himself plays Cliff Stern; a serious low-budget documentarian who, through family connections, has been commissioned to make a promotional film about smug television producer Lester (Alan Alda). 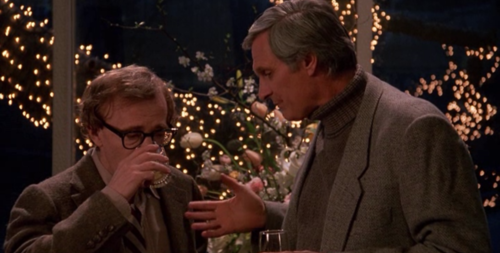 Landau earned an Academy Award nomination for his role. He had been nominated for the previous year’s Tucker: A Man and His Dreams and would be nominated again (and finally win) in 1995 for playing Bela Lugosi in Tim Burton‘s Ed Wood. Landau shines in his nail-biting, pacing-the-floor moments, but it’s Alda as the vulgar, bouncing-off-the-walls, dumbed-down producer who steals the film. 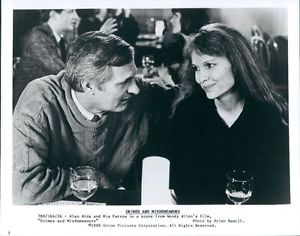 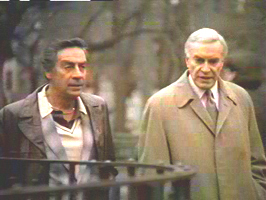 Both Lester and Cliff are competing for Halley (Mia Farrow). Will she choose the romantic outsider artist, or status through money? As Ed Wood (Johnny Depp) tells Georgie Wiess (Mike Stall) in Ed Wood, “Georgie, this is drama.” Actually, here it’s bleak comedy, and the film peaks with this love triangle. 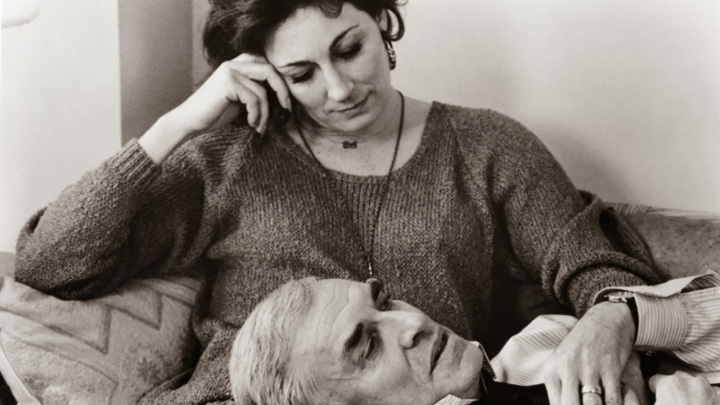 Crimes And Misdemeanors repeats familiar Allen themes. As in The Purple Rose of Cairo (1985) there is love unrewarded. As in Dostoyevsky, there is murder unpunished. Despite those familiar themes, Crimes and Misdemeanors excels in lucid, innovative storytelling. There is symbolism aplenty (the blind rabbi, the ophthalmologist’s father warning him that God can see everything). It is the type of film that literary minded students are prone to dissect, but Crimes’self-assured humor is what wins us over. 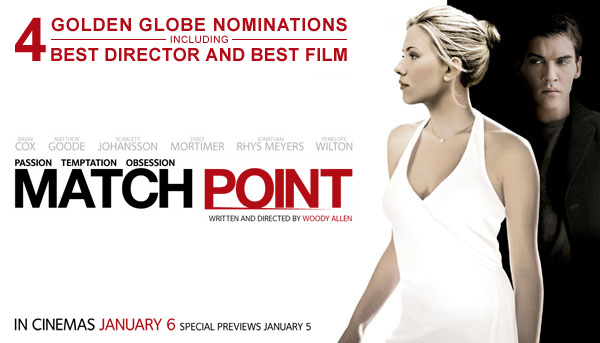 In Match Point (2005), Theodore Dreiser’s “An American Tragedy” serves as Allen’s literary reference (in addition to Dostoyevsky). Some critics found it a weaker sibling to Crimes and Misdemeanors, but also noted it was Allen’s best film in a decade. Putting aside sophomoric better than orweaker than gauges, Match Point again finds Woody in superior narrative form. He has listed it as being his best work, undoubtedly aided considerably by Remi Adefarasin’s icy, noirish lens work. At 124 minutes, it is also his longest film to date.  Refreshingly, Allen is forthright about influences when Chris (Jonathan Rhys Meyers) is depicted reading “Crime And Punishment.” 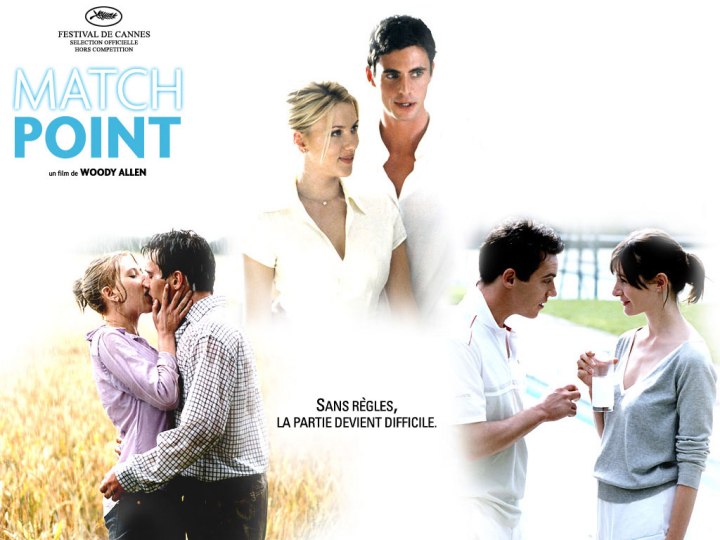 The object of Chris’ obsession is Nola (Scarlett Johansson), and the two lead actors give sizzling performances. Myers’ mechanically cold blue eyes contrast with Johansson’s earthy anxiousness (Allen worked with her again in 2006’s Scoop and 2008’s Vicky Cristina Barcelona). Like the antagonist/protagonist in Dreiser’s epic work, Chris comes from poverty. He is on a tennis tour when meets affluent pro Tom (Matthew Goode). Tom’s girlfriend is the wannabe actress Nola. At the opera, Tom plays cupid, introducing Chris to his single sister Chloe (Emily Mortimer). The seeds of marrying right are planted. However, after Tom dumps Nola (she doesn’t live up to familial expectations), Chris throws the proverbial monkey wrench into his own machinery when he begins a torrid affair and impregnates Nola. 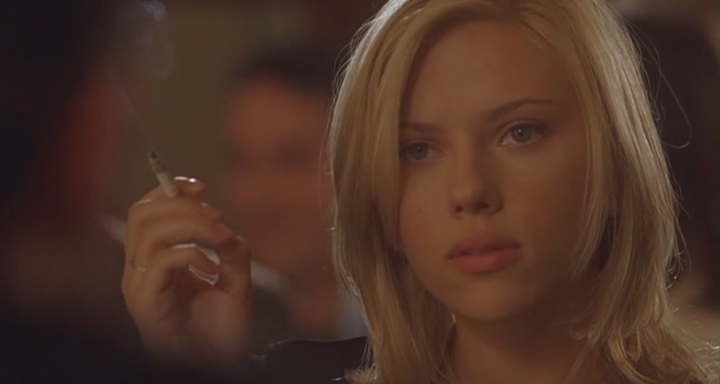 Allen takes a smarter route than George Stevens did in A Place In The Sun (1951), his update of “An American Tragedy.” In the earlier film, Stevens cast Shelley Winters as an unattractive, pathetically nagging girlfriend to Montgomery Clift. When Clift contemplates murdering Winters to further his romance with the wealthy Elizabeth Taylor (in one of her most sensuous roles), we can only feel relief. Although none of the characters in Match Point rise above being reprehensible, Johansson, at her most complex, inspires more sympathy than Winters did. As in the source material, there is a pointed condemnation of unfettered capitalism, but Allen also makes a comment about existence without meaning: “I’d rather be lucky than good.” By removing himself from the film’s ensemble cast, Allen’s commitment to the unfolding narrative is complete. Upon its release, many critics cast it as Allen’s most atypical film. There is a degree of truth in that, but Allen also manages to make avarice and homicide pay, when we almost expect a Dickens-like Scrooge to heed the ghost’ warning. In Allen’s world, the response is quite different. 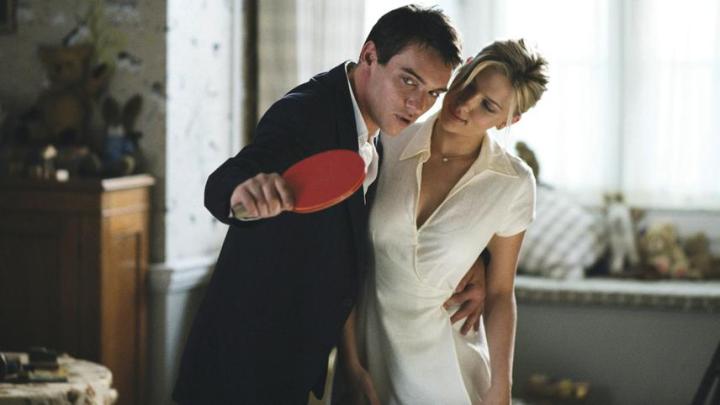