Beneath the Valley of the Ultra Vixens (1979) is the last authentic Russ Meyer film (he returned only to produce 2001‘s rarely-seen Pandora Peaks, which is, as to be expected, an idiosyncratic interpretation of the documentary genre). Co-written by Roger Ebert (under his “R. Hyde” pseudonym), Meyer’s swan song is film as one additional cup size enhancement. It has charmed moments of Meyerisms, including his trademark spry editing, but adds erratic eroticism. Meyer once claimed it was the favorite of his own works (although he said the same of Beyond The Valley Of The Dolls). This may be an echo of Paul Gauguin’s claim that the artistic process was more satisfying than the finished work. Coloring Meyer’s sense of nostalgia for the film was his admission that he constantly engaged in sex with star Kitten Natividad between takes. According to Meyer, the actress introduced him to multifarious taboos and was even more oversexed than he was. 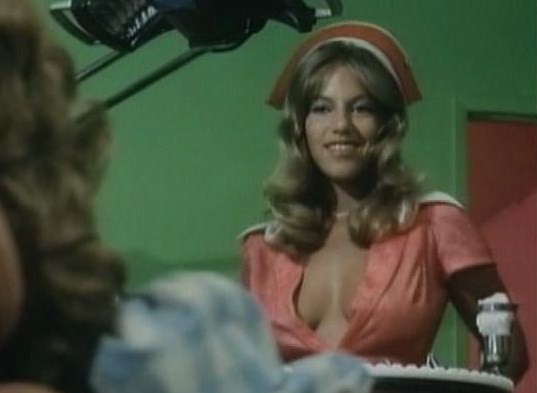 Of course, Meyer did not associate himself with any –ism, and it’s doubtful that he gave much thought to categorizing his work. He simply stayed true to his sense of craftsmanship, making films that he would want to see. He voluntarily returned to the limits of independent budgets as opposed to compromising with Twentieth Century Fox, who any other indie filmmaker would have killed to work for. That anti-bourgeoisie, stubbornly rebellious streak invites a comparison to Surrealist bad boys such as Andre Breton, Luis Bunuel, or George Antheil. However, as much as Meyer was obsessed with breasts, he was equally preoccupied with cartoonish slapstick; another surrealist plane of identification. His films, especially his last two, are akin to a visualization of a Carl Stalling collage. 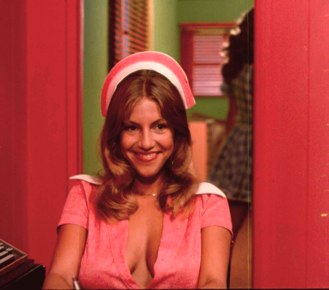 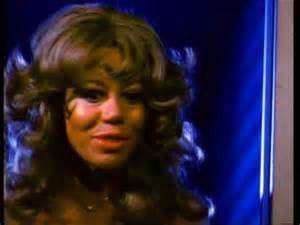 The gossamer narrative revolves around Lavonia (Natividad) who is sexually unsatisfied with hubby Lamar (Ken Kerr). As the “Small Town USA Narrator” (Stuart Lancaster in a pickup truck) informs us, “Lamar, with a 37 IQ, is strictly a rear window man*.” Lamar’s fetish gets him fired from his job (no perverts allowed here), and drives Lavonia into the sheets with her vibrator. She follows this by having affairs with Mr. Peterbuilt (Pat Wright), teen meat Rhett (Steve Tracy) and lingerie salesman Semper Fidelis (Michael Finn). Oddly, wifey’s bonding with the battery powered machine drives Lamar into a far greater frenzy than her extramarital rendezvous. 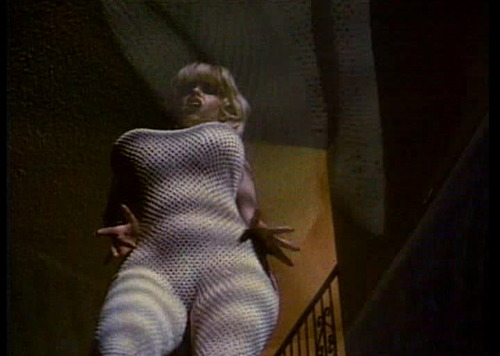 With a slinky dress and gaudy wig from Semper, Lavonia hits the strip clubs under the stage name of Lola. Borrowing a plot from countless opera librettos, the husband comes across his disguised wife and does not recognize her. Lavonia’s ruse to trick her husband into good old fashioned vaginal intercourse utterly fails, driving Lamar to seek gay counselor Asa Lavender (Robert Pearson) and female Benny Hinn type-Eufaula Roop (Anne Marie) for conversion therapy.

Meyer’s camera work and editing is at it most Doris Wishman-like, fixating on inanimate objects, most of which are utilized as phallic and vaginal symbols (such as a record player). He also employs extreme close-ups of Natividad’s sex parts paralleled, per the norm, with vivacious sound effects. 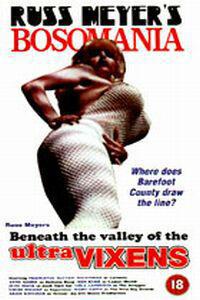 While much of Meyer’s work intersects sex and violence, there is virtually none of the latter here and, with no real antagonist, Beneathdeliriously celebrates the joy of sex. Meyer had once planned a film titled The Bra Of God, which for various reasons did not come to fruition. However, in that planned title and this film we locate the pulse of Meyer’s inseparable art and life. Existential questions are banished. Like the birds, bees, ants, and fish, the relevance of life pertains primarily to pleasure found in sexual union. We share that with the beasts and primitives. The sole difference is we do not, or should not, divorce love (and appreciation of beauty) from sex. For Meyer, pursuit of power, acquisition of dyed green paper, and the quest to find an invisible deity are pursuits for the unenlightened. 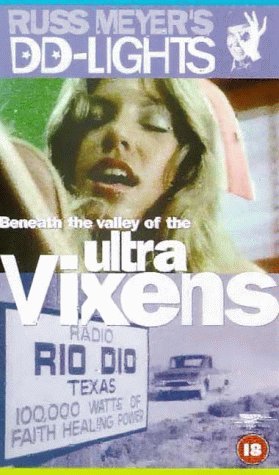