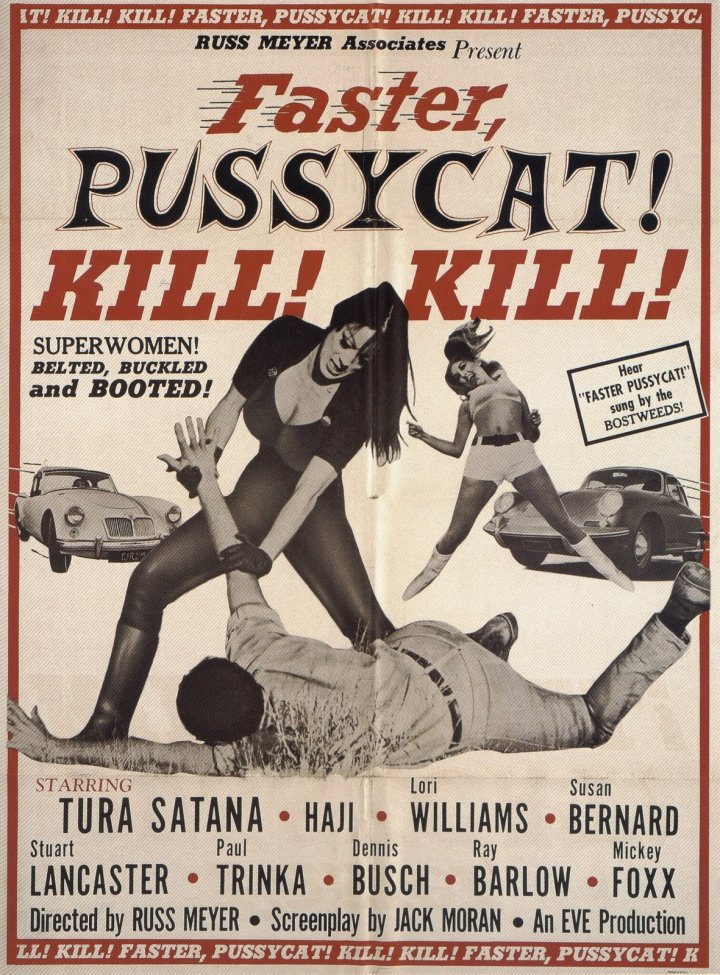 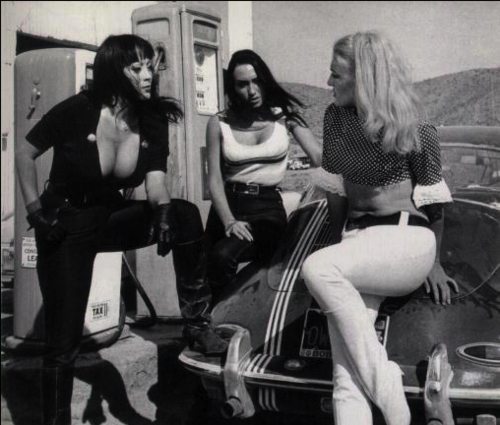 In addition to buxom wrasslin’ babes, go-go-dancers, and desert hot rod racing, FPKK is imbued with Meyer’s trademark, frenetic precision editing, sharp and superior black and white photography by Walter Schenk, an aptly kitsch score from the psychotronic lounge by Paul Sawtell and Bert Shefter that echoes the dusty terrain, and good sound: all of which are rarities for shoestring-budgeted indies.  Meyer self-distributed his pictures, so his body of work has been well preserved. 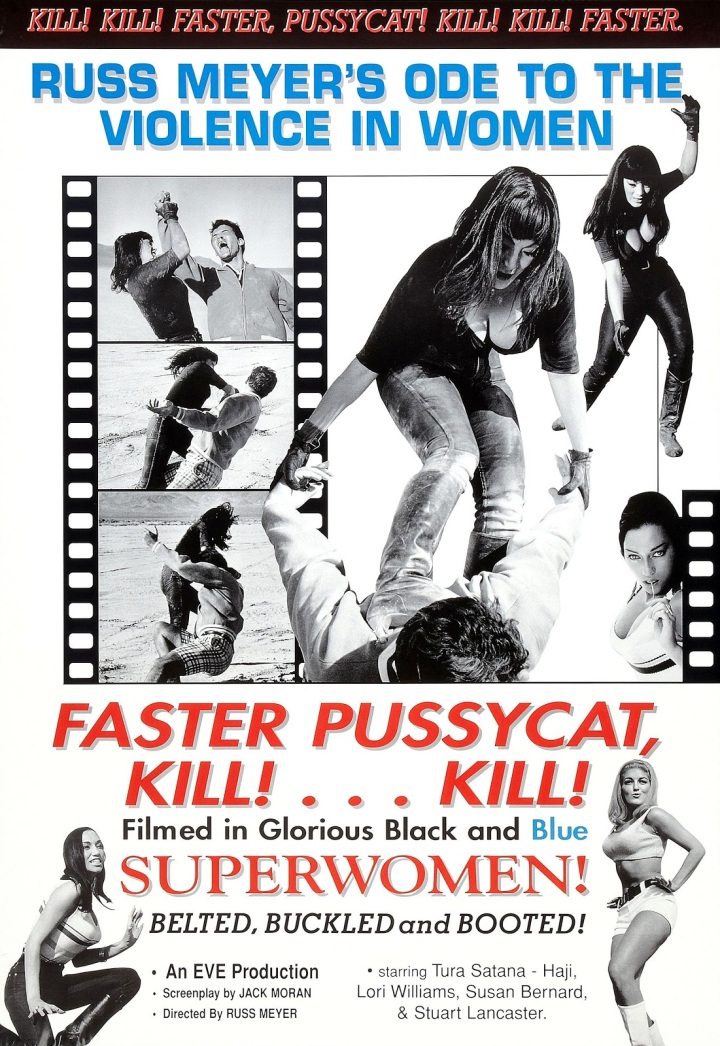 Naturally, with all the bouncing cleavage, obligatory catfights, jeans that probably had to be sewed on, and discreet peek-a-boo shots of bathing Amazonians, Meyer has been accused of blatant sexism. Yet, it is the women who are empowered. Varla’s first victim is a bland goody two-shoes, straight out of Pleasantville, Tommy (Ray Barlow), who is stupid enough to challenge her in a drag race.  When Varla suddenly snaps Tommy’s spine in two, we cave in and start rooting for her in spite of ourselves (as we always do with Divine in the John Waters films). Along with Rosie (Haji) and Billie (Lori Williams), Varla lassos, drugs, and kidnaps Tommy’s bright-eyed gal pal Linda (Sue Bernard, looking like a reject from “Gilligan’s Island”). 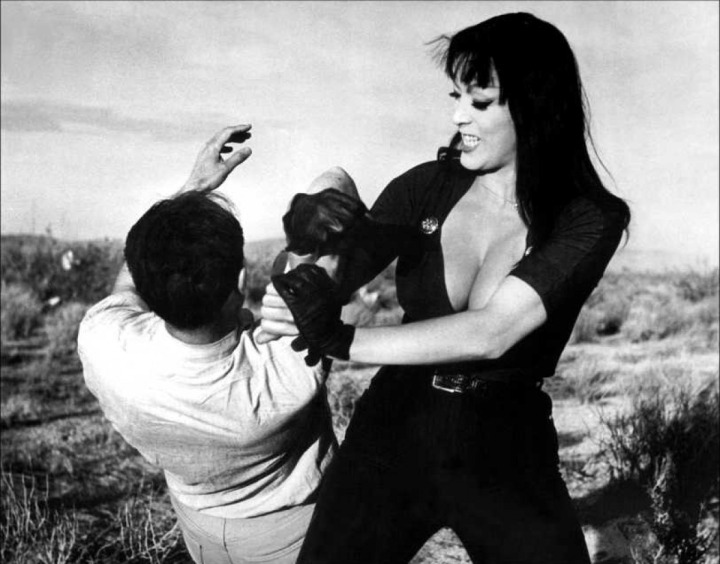 After some hot-rodding on the dunes (“alright chicks, let’s see who’s chicken”), the foursome stop at a gas station whose attendant Mickey (Michael Finn) would fit right in with Goober and Gomer in Mayberry. 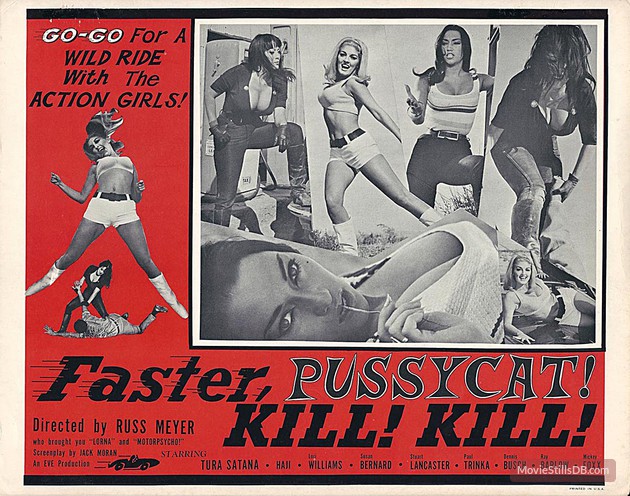 Mickey: “The thrill of the open road! New places, new people, new sights of interest. That’s what I believe in, seeing America first.”

Varla (reacting to his looking down her top as he pumps her gas): “You won’t find it down there, Columbus.” 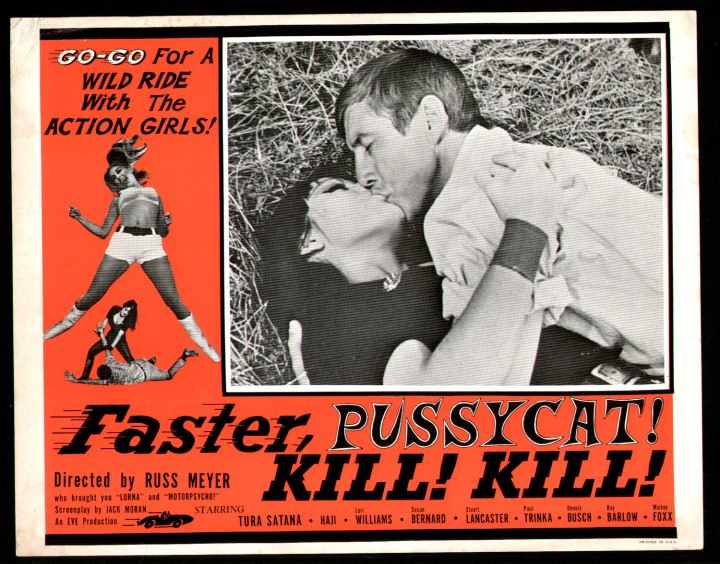 Trying to score points, Mickey tells the women of an inheritance awaiting at a desert ranch, which leads them to a crippled right-wing hayseed Old Man (Stuart Lancaster), his dumb ox of a son Vegetable (Dennis Busch), and second son Kirk (Paul Trinka). “Women! They let ’em vote, smoke and drive – even put ’em in pants! And what happens? A Democrat for president!” the patriarch complains. Rest assured, with Varla, the Old Fart will be repaid dearly for uttering such nonsense. 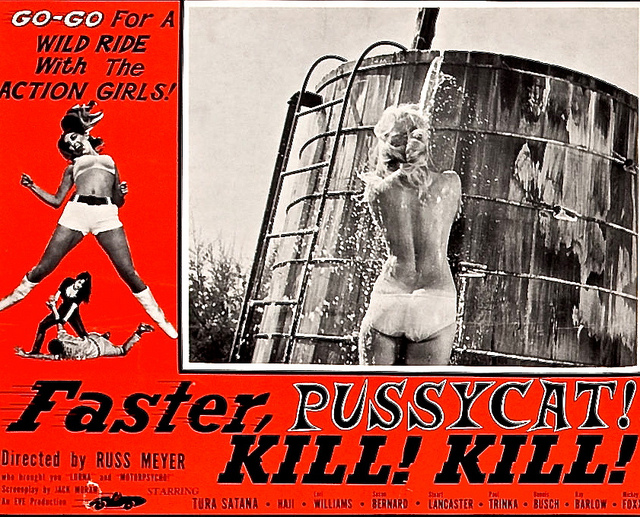 The dialogue is as conscientiously pulpish as the monikers and title (which Meyer said indicated everything  a movie should have: speed, sex, and violence).

Billie: “I’m of legal age for whiskey, voting and loving. Now the next election is two years away, and my love life ain’t getting much better, so how about some of that one-hundred-percent!” 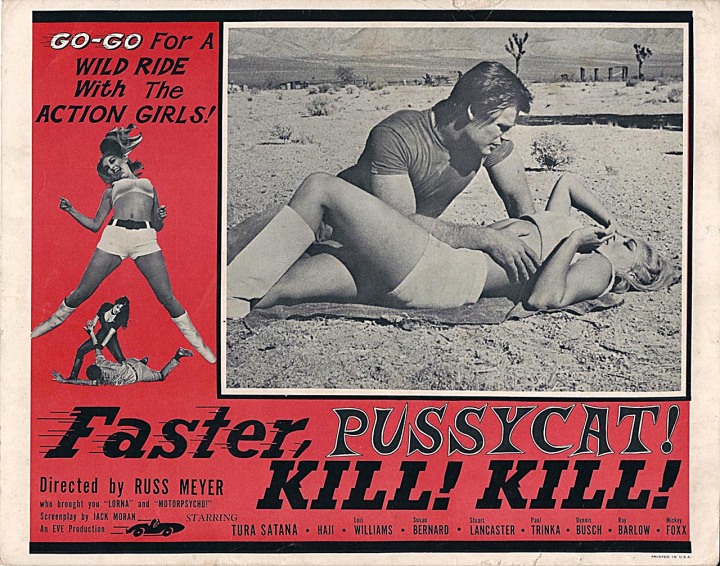 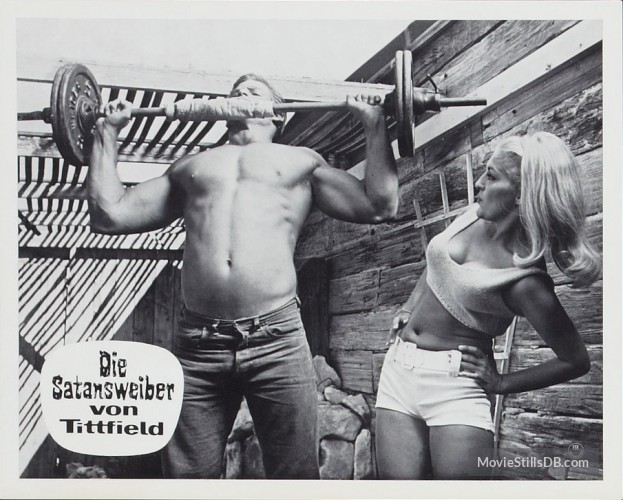 Russ Meyer is to cinema what Roy Lichenstein and Andy Warhol were to Pop Art.  He transfers the comic book trash mythology aesthetic to celluloid far more successfully than any contemporary big studio effort, and this is the best place to start. 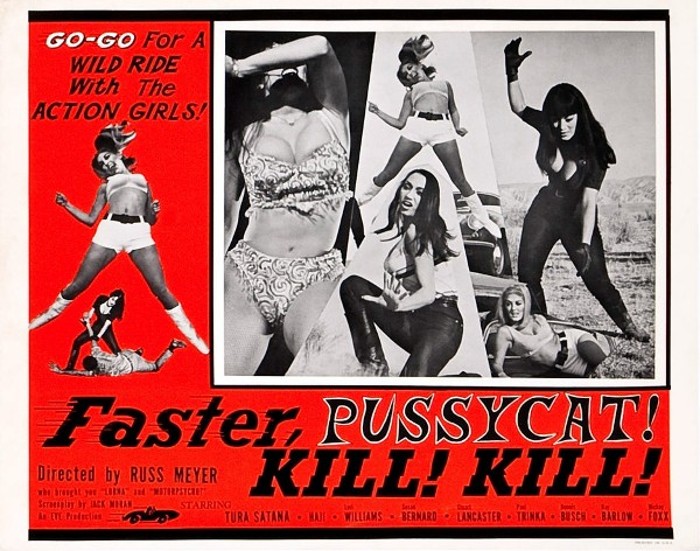