If his family of origin had their say, Tom Cruise would have went through life as an anonymous Franciscan priest. Of course, things turned out differently. With his Napoleon complex, switching obssessively from one extreme religious approach to an opposite extreme end religious fad, questionable treatment of wives, narcissitic salary demands, rants against psychology, an embarassing appearance on Oprah Winfrey, and purported paranoia over box office standing, Tom Cruise seems to make himself an easy target. In some quarters, he is likened to the personality meltdowns of Michael Jackson and Lindsay Lohan. Except, there is a major difference: Rather than being self-destructive, Cruise seems downright zealous regarding self-preservation and apart from personality quirks, he ranks as one of Hollywood’s most consummate professionals, often picking interesting, against type roles. That professionalism has paired him with the industry’s most established directors and, as a producer, Cruise takes additional risks with first-timers.

Cruise started off roughly around the same time as Johnny Depp, and early in their careers the contrast between the two could not have been more pronounced. If anyone was the patron saint of loud, dumb summer blockbusters, it was Cruise. He set the model with Top Gun (1986), and who could forget Cocktail (1988)? That box office bonanza, one of the worst movies of the last half century, is proof that the masses will buy just about any excrement if it is marketed right. Cruise went on to act in and produce Mission Impossible (1996). Despite having Brian DePalma in charge, it was not an ideal start to the franchise. Yet, the franchise dramatically improved, especially with Ghost Protocol (2011) and Rogue Nation (2015). 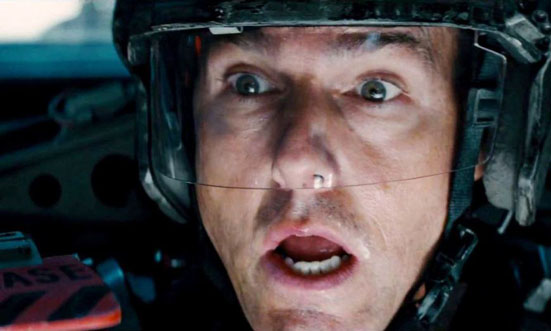 On the surface, Depp’s goals seemed more artistic, rendering him ill-suited to the blockbuster mentality. However, the distinction between these two box office leviathans has blurred. Depp has become increasingly apathetic, even cartoonish as the star of his own blockbuster franchise, which started off bad and has only gotten worse. Despite a promising early body of work, Depp has gone into autopilot mode, while Cruise only works harder (sometimes too hard). Cruise’s fretting about securing his star status has, for the most part, reaped rewards, while he has expectedly proven his superiority in manning the blockbuster ship. Less expectedly, Cruise continues to take startling risks at times, even if he does not inspire extended confidence with a planned Top Gun sequel. Still, Cruise may merely be continuing a shrewdly cultivated balancing act and, in doing so, maintaining his ability to surprise. 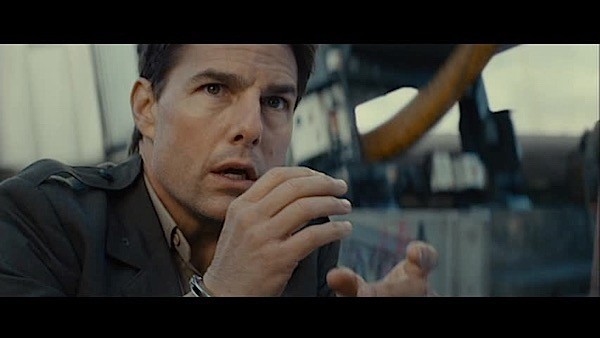 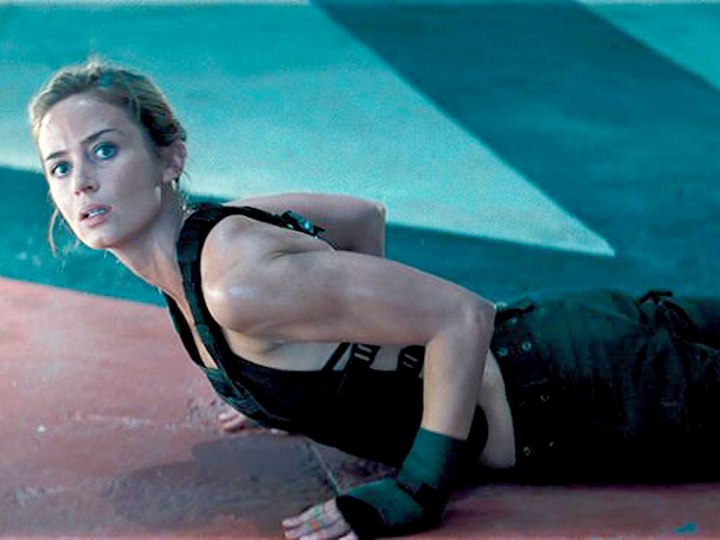 Another such surprise is in the summer 2014 sci-fi outing, Edge of Tomorrow. The unoriginal title is hardly promising, nor is the much bandied-about description “Groundhog Day Meets Independence Day.” The clever tagline “Live. Die. Repeat.” suggests a video game. Numerous critics have made the comparison, but director Doug Liman and a trio of writers (Jez Butterworth, John-Henry Butterworth, and Christopher McQuarrie) take a self-conscious, witty approach in  spirit of Hiroshi Sakurazaka’s novella “All You Need Is Kill,” on which the screenplay is based. 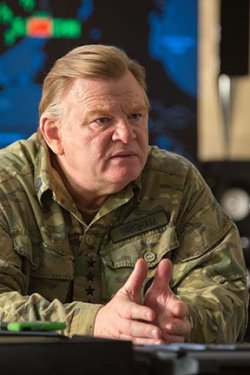 As soldier Cage, Cruse abandons his normal poster boy persona with relish. He is a coward and reluctant hero, mercilessly bullied by his Master Sergeant Farell (Bill Paxton, impressing again). Predictably, Cage manages to get himself killed rather quickly in the war with alien Mimics. Only, these extraterrestrial neo-Fascists revive him time and again, in an attempt to study the battle techniques of humans. As in a video game, even death is not a finality; and while under normal circumstances comparing a movie to something out of Nintendo is no compliment, here it is that looping, arcade-styled aesthetic the filmmakers first mimic, then cleverly divert from. 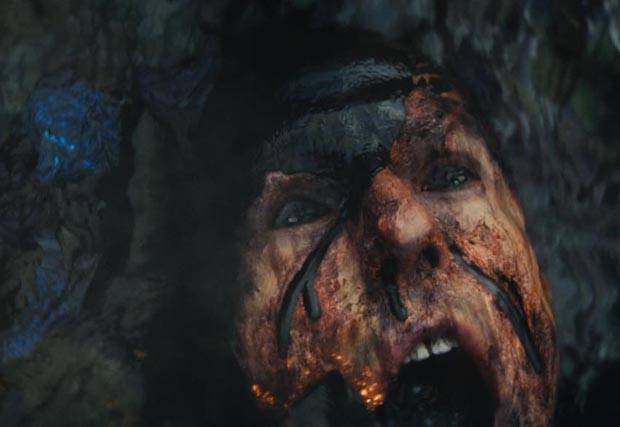 Cruise’s Cage is matched by Emily Blunt’s Rita. It is a rarity for Cruise to have a vital female lead and, like her character, Blunt inspires him into something transformative.  She literally beats Cruise into shape as he dies daily. Almost as surprising as Cruise is in an atypical role, Blunt is equally so, even though her part is still secondary. It may be a minuscule quibble, given the excellent work of the two leads. Cruise has securely returned to his torch-carrying, old-fashioned move star mold. It is a welcome return. A third act misstep almost threatens to dismantle the film, but, thankfully fails and it remains one of the most satisfying blockbusters of recent years. 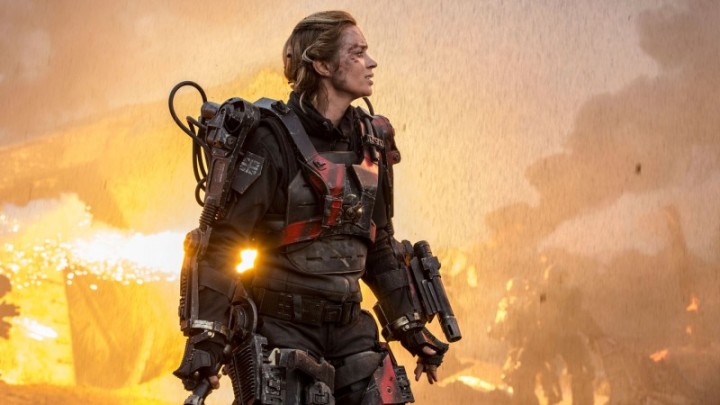 The sublime Groundhog Day was awash in romantic spirituality and originality. Edge of Tomorrow takes a more visceral route, aided considerably by Don Beebe’s cinematography which consciously pays homage to Spielberg’s WWII opus Saving Private Ryan. This does not mean that Edge Of Tomorrow is brainless. Alas, it might have been more profitable if it had been. American audiences, who rarely can form syllables or go beyond spoon fed formula, mostly stayed away and Live Die Repeat: Edge of Tomorrow was ultimately considered a Western box office flop, having been quashed by Disney’s umpteenth retelling of “Sleeping Beauty.” 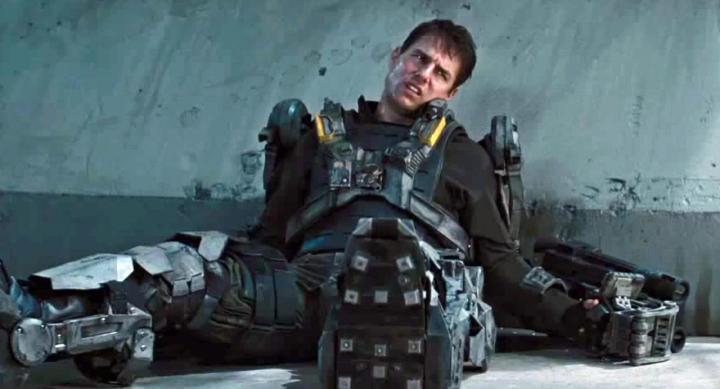