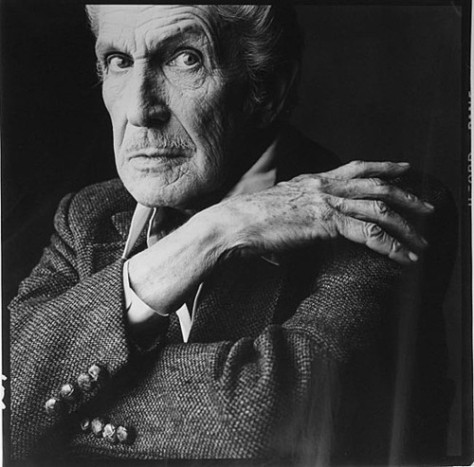 The first Vincent Price Blue-ray collection has already gone out of print and now requires sacrificing a mortgage payment to purchase a used copy. So, if the second collection is a must buy to you, snatch it up quick in time for Halloween. 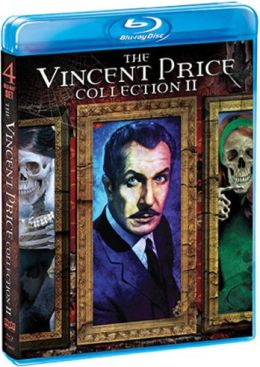 For many genre fans,Vincent Price is the epitome of classic horror star. That is partly because he is more contemporary than his predecessors and many of his films are in color. While undoubtedly a genre great, Price’s performances often fall into the whiny, overtly fruity category, and we see a lot of them in “The Vincent Price Collection 2.” Price was best when he did not succumb to self-parody. Of course, all the genre stars had their share of clunkers and if Price’s screen persona seems somewhat derivative of Karloff, or if he lacked the edgy screen persona of Lugosi, he still made a few good, near classic films and managed his career well enough to become an authentic horror icon. While this collection includes welcome additions to the Blu-ray format, it does not necessarily represent Vincent Price at his best.

House On Haunted Hill (1959) has become a cult favorite. Directed by William Castle, it is a campy example of the “old dark house” genre. Jokes are balanced with the usual Castle gimmickry, including Price’s pitch-perfect performance as the ringmaster of the carnival-like milieu, gleefully at odds with wife Carol Ohmart (Spider Baby). Castle’s pacing may seem dated to modern audiences, but it is much preferable to the 1999 remake.

The Return Of The Fly (1959) is a pedestrian rehash of the 1958 original (see below). More crime thriller than sci-fi, Return‘s sole saving grace is black humor supplied by Edward L. Bernds (a veteran of multiple Three Stooges shorts). Price collects a check here and nothing more. 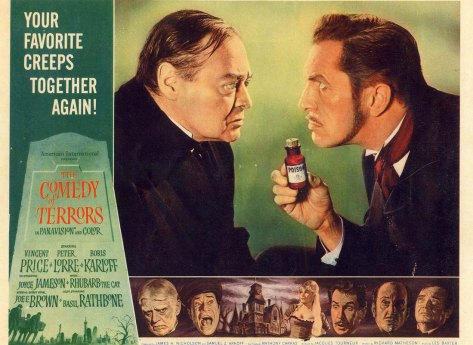 The Comedy Of Terrors (1963) is part of AIP’s popular Roger Corman/ Edgar Allen Poe cycle. Unlike the majority of those, this was not directed by Corman, but rather by Val Lewton/RKO star director Jacques Tourneur. Written by Richard Matheson (“The Incredible Shrinking Man,” “I Am Legend,” “Duel,” “The Night Stalker,” “The Legend Of Hell House”) and helmed by the director of Cat People (1942), I Walked With A Zombie (1943),  Out of the Past (1947), and Curse of the Demon (1957), The Comedy of Terrors was initially seen as a disappointment and argued to be more the work and style of producer Corman. Regardless, it has since been reassessed in some quarters and has developed a minor cult reputation. Co-stars Peter Lorre, Basil Rathbone, and Boris Karloff easily outclass Price. Joyce Jameson[1] is even given something to do other than brandishing her cleavage (although she does plenty of that as well).

Lorre is Igor to Price’s Undertaker and hopelessly in love with his employer’s wife (Jameson), who happens to be a shrill wannabe opera star. Karloff steals the entire film in his small, comedic bit as Jameson’s Alzheimer-ridden father, only wanting his medicine. Rathbone is the Cavendish-styled evil silent film landlord who also channels Rasputin when it comes to dying… again and again. Price plays it bitchy and that suits him well. Despite good performances, the slapstick is overbearing and out of Tourneur’s element.

Like Terrors, The Raven (1963) is a Poe-inspired spoof.  This one finds Price at his most ingratiatingly whiny. We can’t blame Hazel Court (and her obligatory cleavage) for dumping him in favor of Karloff. Again, both Karloff and Lorre outshine Price in this Corman/Poe satire. We hope in vain that one of the co-stars will rip Price’s head off. Jack Nicholson (as Lorre’s son) doesn’t fare much better than Price, being miscast as an equally whiny goody two-shoes (!) Despite off-kilter performances, The Raven, also written by Matheson, is rip-roaring fun with cheap, period FX.

The Last Man On Earth (1964) is the first of several versions of Matheson’s “I Am Legend,” and influenced Night of the Living Dead (1968). While this version remains close to the novel, Price’s ham-fisted performance kills it.

Tomb of Ligeia (1964) was the last Price/Corman collaboration in the Poe cycle. Beautifully photographed by Arthur Grant and written by Chinatown’s Robert Towne, it looks and feels more like a Hammer picture than something from AIP. Some critics consider it the best in the series. While it is certainly perverse and filled to the rim with atmosphere, it moves at a snails pace and contains one of Price’s most bi-polar performances, equal parts restrained and agonizingly flowery.

Dr. Phibes Rises Again (1972) is another sequel, featuring Price’s only recurring character. Director Robert Feust returns from the stylish camp original, which featured one of the actor’s better performances. The two try to recapture the original‘s magic, but fall short.Rises missteps in trying to outdo the original’s gore, which was not its appeal. In the first film, Price was given minimal dialogue and then only in voice over. Here, he is given more lines, and that too is an error. Genre actors Peter Cushing and Count Yorga‘s Robert Quarry were added to the mix in an effort to boost box office (although Cushing, a far better actor than Price, is virtually wasted). It failed, and that was the merciful end of a potential franchise.

Apart from this set, however, the past few years have seen a plethora of new Vincent Price releases on Blu-ray:

Adventures of Captain Fabian (1951) has Price in a bit part as a coward in this film allegedly written by Errol Flynn (there was a messy lawsuit over the writing credits with director William Marshall). Why anyone would even want credit for this mess is one of life’s eternal mysteries. Almost equally mysterious is why anyone would take the time to release it on Blu-ray. It is telling that Flynn barely stars in his own agonizingly dull production.

In sharp contrast, The Fly (1958), directed by Kurt Neumann,  is a minor classic. It was a resounding success and made Price a star, despite his smaller role. Refreshingly, Price is atypically restrained in this original science fiction opus, which still manages to be unsettling despite generic direction.

Tales of Terror (1962) is another AIP, Corman-directed, Matheson-written, Poe-inspired fest starring Price, Lorre, Rathbone, and Jameson. As with most anthologies, it is predictably uneven. “Morella” is the first and dullest of the three. In “The Black Cat,” Lorre practically steals the camera as an inebriated, betrayed husband bent on revenge. Neither Jameson nor Price have a chance, much to our black delight, in this precursor to The Raven. Rathbone is so slimy he leaves a trail in the eccentric and chock-full-of-atmosphere “The Case of M. Valdemar,” co-starring Debra Paget.

AIP did not prove as fruitful a partnership with Jacques Tourneur as RKO had been and the director exited cinema with a sad whimper: War-Gods Of The Deep (1965), AKA City In The Sea. Inspired by a single line of Poe, it is more the poor man’s Captain Nemo than Poe. Price and Tab Hunter (!) sleepwalk their way throughout the entire affair. 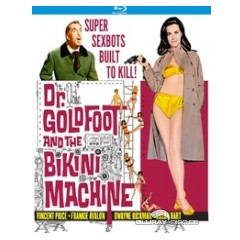 Far more embarrassing is the double-bill Dr. Goldfoot and the Bikini Machine (1965) and Dr. Goldfoot and the Girl Bombs (1966). Bikini is directed by Norman Taurog, who, incredibly, makes all those Elvis crappers he was responsible for look good. This third rate Bond rip-off co-stars Frankie Avalon and is exactly what its title suggests. 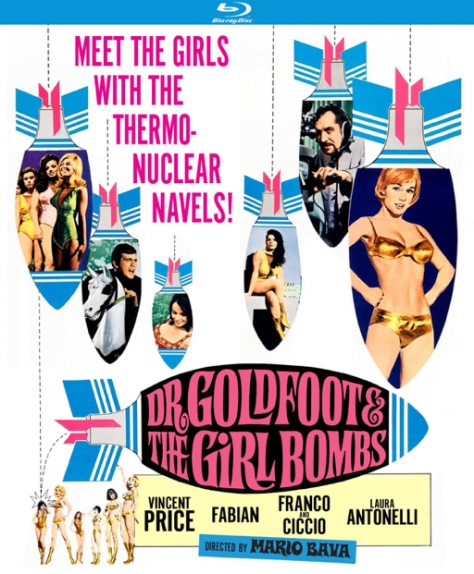 Almost unfathomably, Bombs is even worse. This time Price co-stars with Fabian and is directed by Mario Bava, of all people.

Produced by Harry Alan Towers, House of 1,000 Dolls (1967) features plenty of scantily clad women, but hardly 1,000. Directed by Jeremy Summers, its best quality is a stylish opening credit sequence. By this time, Price was complaining loudly about the roles he was being offered. He had a point. 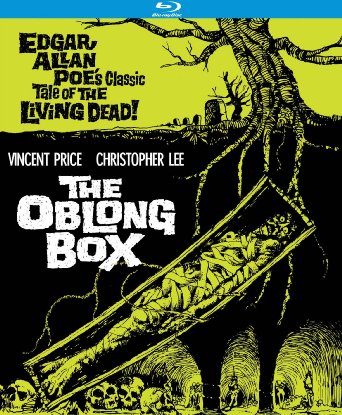 After those, Price must have been grateful returning to the dull mediocrity of The Oblong Box (1969). Originally, Michael Reeves was slated to direct, despite his disdain for the script. Alas, with Reeves’ overdose death, the reigns were turned over to Gordon Hessler, who had little feel for the material. The teaming of Price and Christopher Lee is wasted. Surprisingly, Hessler went onto waste Price and Lee again (along with Peter Cushing) in Scream and Scream Again (1969) and to waste Price alone in Cry of the Banshee (1970). 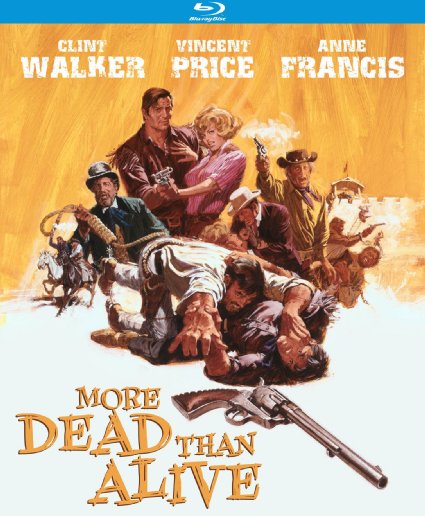 Price fared much better co-starring opposite Clint Walker in the atypical western, More Dead Than Alive (1969). Price relished the change of pace and the film itself almost matches his enthusiasm. Alas, it tries too hard. A stylish prison break stands apart in Robert Sparr’s also-ran entry in the revisionist western cycle.

Madhouse (1974) tries to be for Price what Targets was to Karloff. Alas, director Jim Clark does not have the credentials of a Peter Bogdanovich. His approach is decidedly cheesier (he is working for Amicus Productions) and it’s actually closer to Theater of Blood (Price’s favorite of his own films, which now seems to be his only movie not yet released on Blu-ray). Clips from Price’s films are utilized to some effect, and fans consider it something approaching autobiography for the star. It attempts to be a summation of his screen persona (when Price was not acting he was adding to an impressive art collection and gardening). Still, Price has fun as a faded star bent on revenge for imagined wrongs. Cushing and Quarry help speed things along. 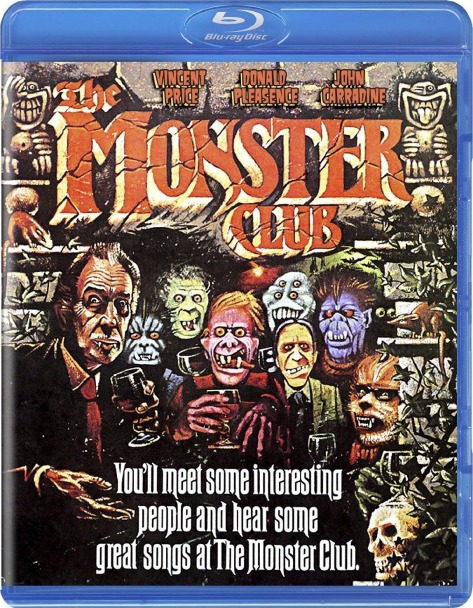 The Monster Club (1981) is yet another “all-star” horror anthology, with Price, John Carradine, Donald Pleasance, and Britt Ekland. Directed by Hammer veteran Roy Ward Baker for Amicus, it was universally panned upon release, but now has a very small cult following calling for its reevaluation. Don’t believe them. 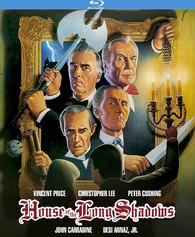 House of the Long Shadows (1983) criminally wastes Price, Peter Cushing, Christopher Lee, and John Carradine. It is another tiresome retread of House on Haunted Hill and every other old dark house film, with nothing new to add whatsoever. The legends are cast opposite Desi Arnaz, Jr. That should tell you everything you need to know. Carradine died shortly after. We can empathize.

From A Whisper to a Scream (1987, AKA The Offspring) comes from the tail end of the 1980s horror anthology craze. It has an interesting cast in Price, Susan Tyrrell, Clu Gulager, Lawrence Tierney, Terry Kiser, Cameron Mitchell, Rosalind Cash, and Martine Beswick.  The lot seems to be enjoying all the mayhem. Price is the host, settling well into his iconic, legendary status. As usual, the eternally underrated Gulager impresses. Director Jeff Burr adds a degree of grit to the uneven proceedings, whether we actually want it or not. It would not have been an altogether embarrassing exit for Price. Fortunately, he bid adieu more sublimely in his walk-on in Tim Burton‘s Edward Scissorhands (1991). 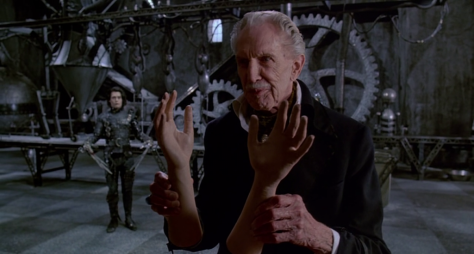