Todd M. Coe is one of those secret finds that is all too tempting to keep secret.

From Todd on Carl the Mountain: “This is my friend, Carl… and he’s a mountain. He’s really cool too! But he’s got a slight problem that annoys him.
Anyways, since the eBook market is growing and I’m an illustrator/animator, why not embrace this new technology and have fun with it?”

Todd could undoubtedly add a few thousand items from that decade to the list, such as one of his favorites (and the delightfully of it’s period) Paul Lynde Halloween Special ,with Donnie and Marie Osmond, Mrs. Brady, Witchie Poo and Billy Barty all trading groan worthy barbs with the inimitable and much missed Mr. Lynde. Todd discussed this perennial favorite in a series of emails and his enthusiasm was admittedly infectious.

Todd is a post-modern, eclectic “slapstick surrealist”.  His shorts can be seen on both FB and on his website—http://toddmcoe.blogspot.com—where you can also view his numerous illustrations, drawings and paintings.  Among his recent work is the cover of the 366 Weird Movies 205 Yearbook, which can be purchased here: 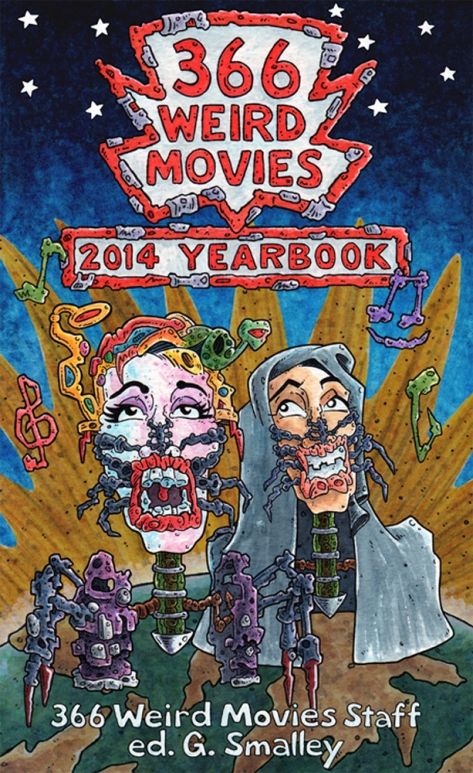 Todd pours his obvious love of subject into all of his amazingly detailed work and, boy does he pour it on, like a good oozing heap of Aunt Jemima syrup. 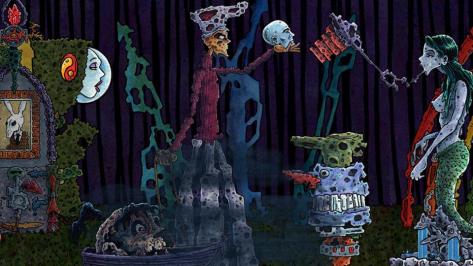 Taking a tour through Todd’s website is an inspiration. After a near fatal overdose from the increasingly bland overkill of Tim Burton’s monotonous school of animation, or even more monotonous, bland Japanese Animation, Todd’s work is a much needed breath of fresh red, white and blue air. 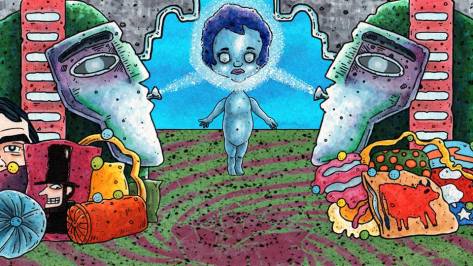 I certainly did, and now I’m really fighting the urge to throw in a video of the Banana Splits, locating my 45 record of Styx’s Mr. Roboto, re-read my Green Lantern comics, fall in love with the Farrah poster

all over again (God bless that angel’s soul), take a whack at the etch a sketch, and pour myself a big bowl of Crisp cereal. I doubt I win that fight.

Thank you much Mr. Coe.

From Todd on Abe and Ted… BFFs!: “Abe and Ted are best friends… 4-EVER!!! Ted is helping Abe mow his lawn and it’s a good thing too. The lawn is a little high and the neighborhood association is a bunch of nosy busy bodies that’s sole purpose is to annoy groovy awesome people.”