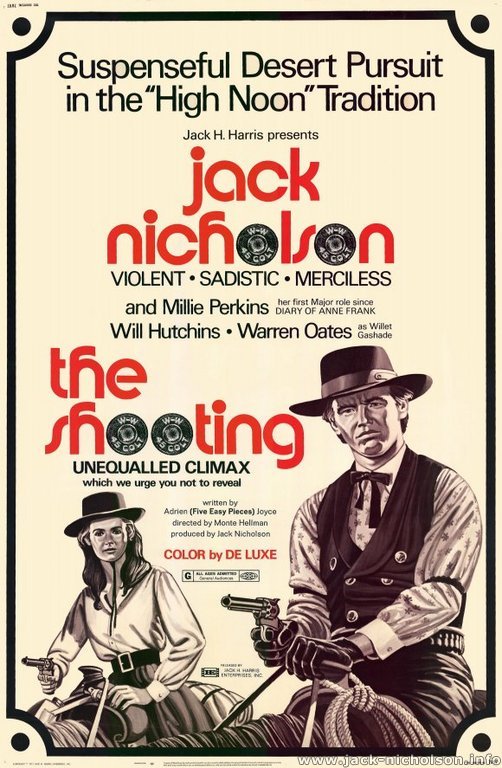 Several years ago European avant-garde composer Pierre Boulez dismissed the cranky, experimental music of American composer Charles “take your dissonance like a man” Ives as “having come from an insurance salesman.” By contrast, Boulez’ own music is tinkly Euro-avant, a musical tradition that was given freedom towards academic experimentation by old money. Not a single Boulez work can get under the skin like Ives’ “Gong on the hook and ladder” or “Symphony 4.”

American horror has long had a fitful relationship with the American avant-garde; it has also been more genuinely disturbing than anything Europe has produced. Kentucky born Tod Browning produced jagged, feverish dreams while Brit James Whale produced well-crafted, sophisticated, and witty fairy tales. There is something far more unsettling in Lon Chaney painfully looping fishing wire around his eyeballs, or Lon Jr. “accidentally” strangling an extra, than there is in Boris Karloff’s passion for cricket. An avant-garde filmmaker even approached the infamous naive surrealist Ed Wood, hoping for a collaboration, but by then Wood was too drained and too ravaged by rejection to respond.

So, it seems only apt that B-horror maestro Roger Corman financed Monte Hellman’s sojourn into a western Oz. Hellman’s The Shooting(1967) could be a disturbed and disturbing younger sibling to Maya Deren‘s At Land (1944).  Carole Eastman’s Sarte/Camus-like screenplay is wistfully organic and, simultaneously, startling in its unflinching, unromantic bleak minimalism, assisted greatly by Gregory Sandor’s desolate camera work. 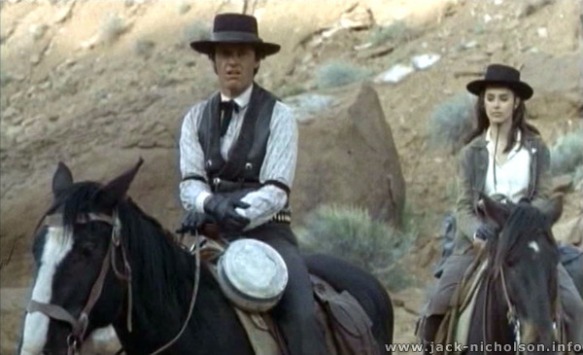 The Shooting begins where Anthony Mann left off, and may well be the defining subversive post-Mann western.  Former bounty hunter and miner Willet Gashade (Warren Oates) returns to camp only to find his twin brother, Coin (also Oates) missing and his partner, Leland, shot dead by an unseen sniper.  Left in the camp is the hysterical Coley (Will Hutchins) who relates to Willet that he overheard an argument between Leland and Coin.  Coin had “ridden down a man and a little person, maybe a child.”  Coley, who is child-like and slow-witted, tells Willet this several times in a broken, cryptic delivery.  Shortly after the argument, Coin rode off and Leland was mysteriously shot dead while brewing coffee.  Willet now is determined to track down Leland’s anonymous murderer.  Before Willet can depart, however, an unnamed Woman (Millie Perkins) walks into camp.  She has no horse, explaining that she had to shoot it when it broke its leg.  We’re first introduced to Woman through a symbolic, fragmentary shot of her gloved hand, which is gently caressing a white horse, before she shoots it. 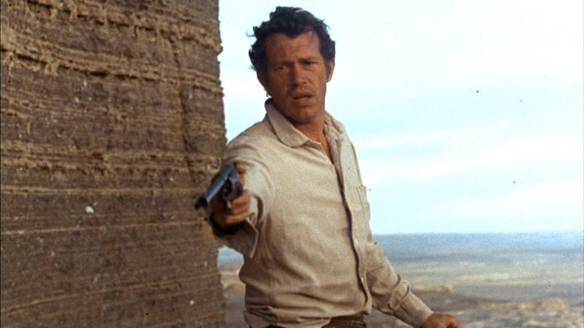 Woman asks Willet to escort her to the far away town of Kingsley, which can only be reached after crossing a dangerous desert.  Willet and Coley agree to be her guides.  Willett has a vague, ulterior motive to accompany Woman, telling Coley “I have my own reasons,” without offering up what those reasons are.  Woman too has her unstated reasons for the journey ahead.  When Willet discovers that Woman’s horse had no broken bones, he asks her “Why did you shoot this animal?”  After an elongated silence, Woman responds only with a smile.  Their destination becomes increasingly oblique when Woman insists on taking the wrong direction. 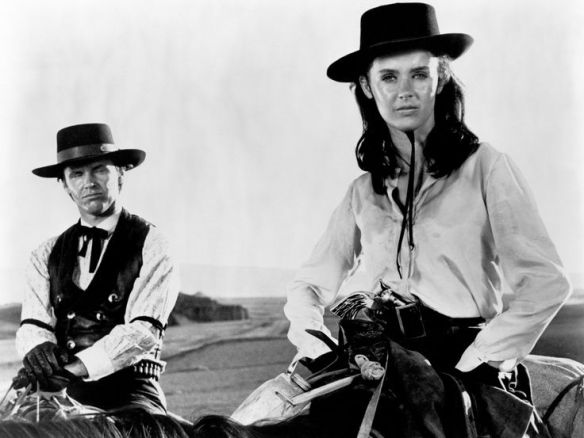 Coley follows Woman like a little boy following his first crush.  Willet mistrusts Woman and is aloof towards her.  Willet is concerned with and frightened about their destination, but this is not a journey he can abandon, regardless of the outcome. 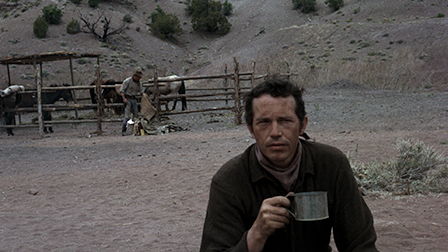 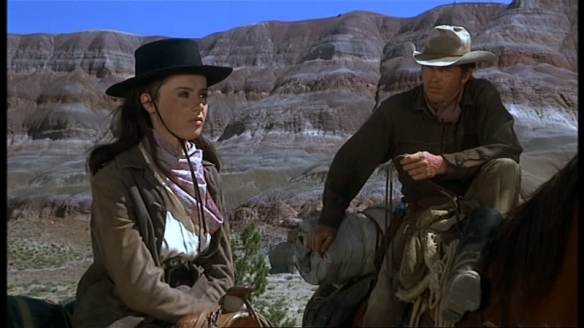 Halfway through the journey, the three are joined by a deadly gunfighter named Billy Spears (Jack Nicholson).  The relationship between Spears and Woman is never clear.  Woman envies Billy, but are they siblings?  Lovers?   Billy and Woman even dress alike and Willet is shaken to the core, enough to ask Billy her name.  “I don’t see no point in it,” Billy replies. 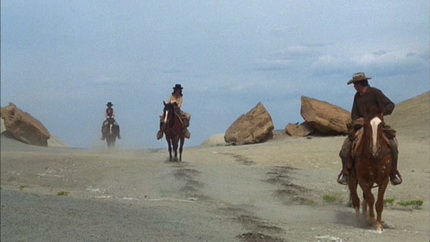 Enigmas abound: a child’s game and candy shared with a dying stranger lying under an umbrella in the middle of the desert, tension, threats, desertion, a murder, the loss of horses, the crushed hand of a gunfighter staggering aimlessly in the desert and a sharp, final confrontation that plunges the viewer into dizzying, surrealist questions.  Hellman has stated that The Shooting is an allegorical reaction to the deaths of both John F. Kennedy and Lee Harvey Oswald and the lack of answers to those deaths.  Regardless, The Shooting is a brilliantly dysfunctional work that transcends any period.  This is a powerhouse of underground filmmaking which makes one lament Hellman’s lack of recognition.  Neither Sergio Leone nor Sam Peckinpah would touch it. 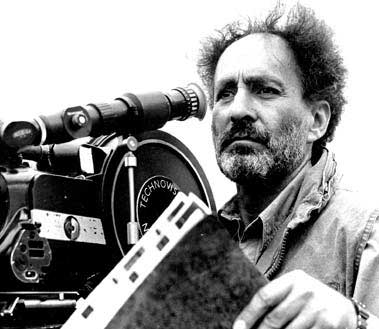