No Man’s Law is about as odd and obscure as it gets. Produced by Hal Roach, it stars Rex, King of the Wild Horses, Oliver Hardy (as a vile villain), James Finlayson,and Barbara Kent. Directed by some guy named Fred Jackman. 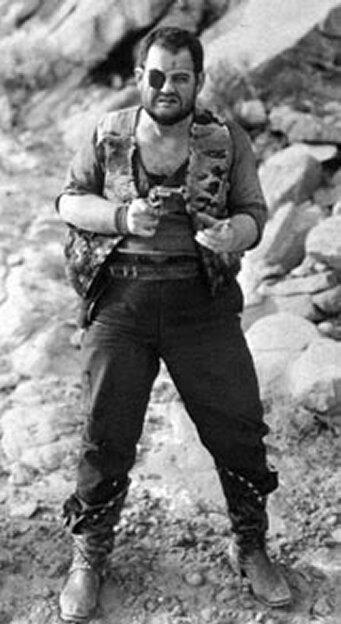 Oliver Hardy is one-eyed, grizzled, no good fugitive cuss Sharkey Nye, prospecting for gold with good guy partner Spider O’ Day, played by Theodore Von Eltz.  James Finlayson, of many Laurel & Hardy shorts, has cute Barbara Kent for a daughter and he is prospecting too but he’s not very good at it.  Rex, the horse, surveying his territory, does not take a liking to Ollie.  When Ollie gets a wee bit too close to a skinny-dipping Barbara, Rex steps in, chasing off Ollie.

Rex knows trouble is afoot and Ollie proves Rex right by plotting to kill Finlayson.  It’s murderous slapstick business as Ollie tries first to kill Finlayson, then tries to rape Barbara repeatedly, then kill Theodore.  Every time, Rex steps in just in time to save the day, finally in time to kill off Ollie. 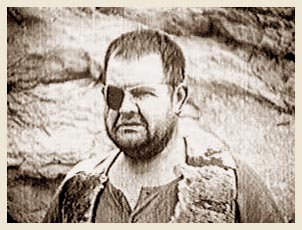 That’s about all there is to the plot, and No Man’s Law would not be remarkable at all if it weren’t for Roach’s trademark slapstick style being channeled into Oliver Hardy attempting to kill and rape his co-stars.  Top-billed Rex is barely in it, showing up only when necessary.  Kent is certainly doing her best Mabel Normand.  For once, Finlayson has a  somewhat sympathetic part, and Ollie gets no sympathy whatsoever.

The slapstick business comes when Ollie tries to kill Finlayson by causing a cave-in at a mine and then by pushing him off a cliff.  More slapstick follows when Ollie gets into a fight with Eltz, plays cards with him (while Finlayson crawls under the table in his PJs), fights him again over a gun, shoots him (just a wound), and chases Barbara around the house trying to rape her.  It all wraps up nicely when then Ollie is in in hot flight from the rampaging Rex, who finally kills him.  All is supposedly good. but after seeing sweet childhood hero Ollie slime it up for an hour, I just wanted to go take a shower.

Weird.  Take this one to your next party.