In hindsight, Reflections In A Golden Eye (1967) might mark a type of penance for director John Huston. It certainly represents a shift in his cinematic oeuvre. Huston, of legendary macho fame, had cemented his reputation with virile opuses: Treasure of the Sierre Madre (1948), The Red Badge of Courage (1951), African Queen (1951), Moby Dick (1956), Roots of Heaven (1958), and The Bible (1966). Yet, Houston also was occasionally drawn to sensitive or eccentric material. Both The Asphalt Jungle (1950) and Beat the Devil (1953) became cult hits. Huston went from working with John Wayne in Barbarian and the Geisha ( 1958) to Arthur Miller, Marilyn Monroe, and Montgomery Clift in The Misfits (1961).

Having worked well with Clift in The Misfits, Huston cast the actor in the title role of his dream project: Freud (1962). Unfortunately, that production was plagued by a pedestrian script and the tension that resulted when Huston walked in on Clift bedding a male reporter. It proved the wrong film for Huston to vent his homophobia.

Huston aggressively acted out his homosexual repulsion on Clift throughout the production, and the hypersensitive actor responded with a professional and nervous breakdown. A post-production lawsuit rendered Clift uninsurable for four years.

Clift’s friend and one-time co-star Elizabeth Taylor came to his rescue again (she had literally saved his life in a car accident during the making of 1957’s Raintree County ), insuring him for the part of Major Weldon Penderton in Reflections In A Golden Eye. Tragically, the insurance company and Huston demanded Clift do another film first to prove his capability. The result was the wretched The Defector (1966). Clift, already in extremely fragile state, would not accept a stunt double and put himself through rigorous physical demands, which literally contributed to his death shortly after filming. 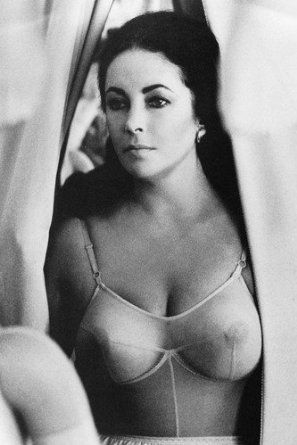 On the surface, the self-loathing latent homosexual Maj. Weldon would seem to have been ideally suited for Clift. However, both Freud and The Defector reveal a glassy-eyed actor literally on the verge of self-implosion.

In the wake of Clift’s premature death, Huston cast the actor’s one-time rival method actor, Marlon Brando, in the deceased’s intended role. Brando, who has rightly been called one of the greatest actors in cinema, delivers a very strong performance, as does Taylor and Brian Keith.

Reflections In A Golden Eye is based on Carson McCullers’ popular 1941 novel and familiarity with the literary source undoubtedly makes the film more accessible.
Huston’s direction of Reflections is Flannery O’Connor-like: impressionistic language combined with objective, clear-eyed view of darker themes and people within an exquisitely austere landscape. Huston would continue in this vein, going on to direct film adaptations of O’Connor’s Wise Blood (1979) and James Joyce’s The Dead (1987). 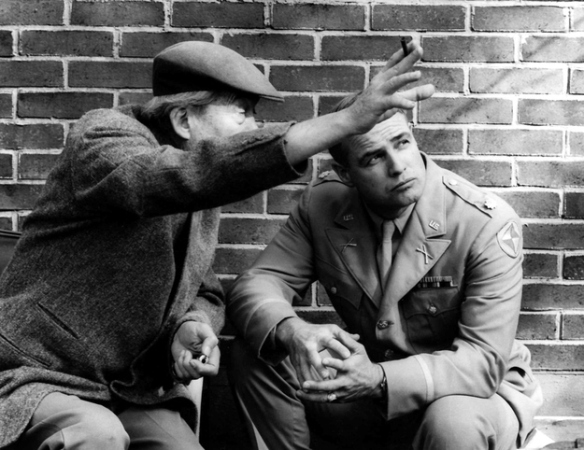 Shot in mythological, lustrous monochromatic, muted hues ((Reflections In A Golden Eye was simply too good for the American masses and hack writers who erroneously pass themselves off as critics. The studio panicked, blaming its failure on the visual approach. A “full-color” version was hastily marketed for the artless muggles who couldn’t handle the film’s alchemical texture. Predictably, the Technicolor alternate print was goddamned awful and, with assistance via a condemnation from the Catholic Legion of Decency (they apparently objected to making whoopee in berry bushes), Reflections was a major box office flop.)), Reflections is imbued with a painterly milieu, which strikingly sensualizes the narrative’s surreal southern Gothic qualities while paralleling Huston’s detached direction of the characters.

Brando’s multifaceted performance is a model of eccentric pathos. Succumbing to the banality of peacetime military life and a loveless marriage, Brando’s Major is misshapen, harrowing, and self-ridiculing. Brando’s portrayal is every bit as risk-taking, startling, and fleshed-out as his Paul from Last Tango In Paris (1972).

The Freud-loving, fetishistic 1960s proved a considerable influence on the film, giving S & M traits to the Major which were not found in the book. He enjoys being beaten with a riding crop by an oversexed Elizabeth Taylor, after he, in turn, whips her horse. The horrendous Weldon narcissistically primps in the mirror while applying facial cream and caresses his scalp, hopefully awaiting a male suitor. The narrative additions give the film a lurid quality that is more pronounced than in the book. The baggage of period trends  stylistically enlarges the film’s scope, making for a polemically compelling and inimitably bizarre composition.

Elizabeth Taylor’s Leonora is a giddy Southern belle; an amorous performances that corroborates, in hindsight, that her acting skills could and did trump her star status. She is far more seductive than many of her gooey, morally superior leading ladies and contemporaries.

Brian Keith, a criminally wasted actor (Hollywood never seemed to know what to do with his subtle, raspy personality) has his best and most surprising screen role in Lt. Col. Langdon. Keith turns stereotypes on end, delivering a heartbreaking performance.

Julie Harris, as Allison Langdon, memorably wears the skin of loss. We expect her to keel over at any moment.

Before his late career caving into blockbuster fanboys, the late Roger Ebert displayed an authentic critic’s guts when he wrote:

There is a scene in which Brando slowly breaks down and begins to cry, and his face screws up in misery. The audience laughed, perhaps because it’s supposed to be funny to see a man cry. The audience should have been taken outside and shot.

Indeed, the audience was perhaps the greatest problem with this very good film. It was filled with matrons, who found it necessary to shriek loudly and giggle hideously through three-quarters of it, and their husbands, who delivered obligatory guffaws in counterpoint. They had never seen anything funnier in their lives, I guess, than Brando nervously brushing down his hair when he thinks a handsome young private is coming to see him.

But if you can set that aside, then Reflections is a better film than we had any right to expect. It follows McCuller’s story faithfully and without compromise. 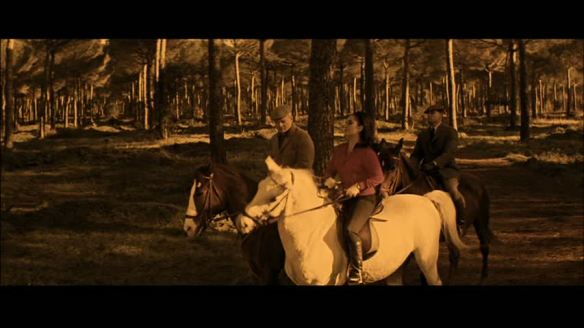