Several articles from personal blogs have appeared online regarding Fr. Justin Belitz, O.F.M. These articles ultimately represent social media being used and abused as yet another demonstration of someone judging from the outside looking in, seeing only slivers, hearing only soundbytes, coming to blatantly erroneous conclusions, and portraying Fr. Belitz as a caricature. It is nothing less than crass stereotyping and echoes the words to the old song: “I don’t like what I don’t understand and it scares me half to death.”

I am an Indianapolis native and former member of Friar Justin’s Hermitage (Former only because I moved out of state).  I met Fr. Justin through  the late Fr. Hilary Ottensmeyer, a Benedictine priest, who happened to be the former director of St. Meinrad’s. I met Fr. Hilary at an art gallery showing  (the 431 galley) in the late 1980s.  At that time, I was a self-proclaimed atheist.

Having grown up in an abusive, evangelical church setting, I had mantled a lot of anger. Hilary and I became good friends, having countless discussions on art history, film, philosophy, and music. He even counseled me through a divorce. Slowly and astutely,  I became aware that there was indeed an artistic, intellectual side to the religious life; one that did not require me to dumb down.

Around a year later, when I approached the subject of spirituality and faith, Hilary said: “Every priest has a niche. You have inherent hostility when it comes to faith. I do not know what that is, but hostility is not my niche.  It is Fr. Justin Belitz’s niche. Here is his number. Call him.” I called Fr. Belitz and on my first visitation with him, I joined in a birthday celebration for a 102-year-old woman.

Fr. Belitz and I became friends. Between these two priests, the world of Hildegard, Julian of Norwich, Teresa of Avila, John of the Cross, the Little Flower, and Thomas Merton opened up to me. Catholicism has one of the richest and oldest of mystical traditions. Ironically, some Either/Or adherents, primarily interested in dogma, often label and dismiss such mysticism as New Age, occultism, etc.

In the early nineties, I officially converted to Catholicism. This was in large part to Fr. Belitz, who became my spiritual director and has been for over twenty years. In a mural, commissioned by St. Vincent de Paul in Indianapolis, I included homage to both Fr. Justin Belitz and Fr. Hilary Ottensmeyer.

Fr. Belitz teaches the Silva Method for universal audiences who want to explore meditation and contemplation without dogmatic attachment. A lot of people who come to Fr. Belitz, indeed, have a history of being scarred by religious abuses. I was and continue to be reminded of something the Archbishop Futon Sheen wrote: “Sometimes, we create prodigals, through our negligence, indifferences, and abuses.”

Fr. Belitz takes Christ words to heart: “Suffer not the children,” and many of us who came under his spiritual direction were as children (at least spiritually). I was in my early twenties when I first went. 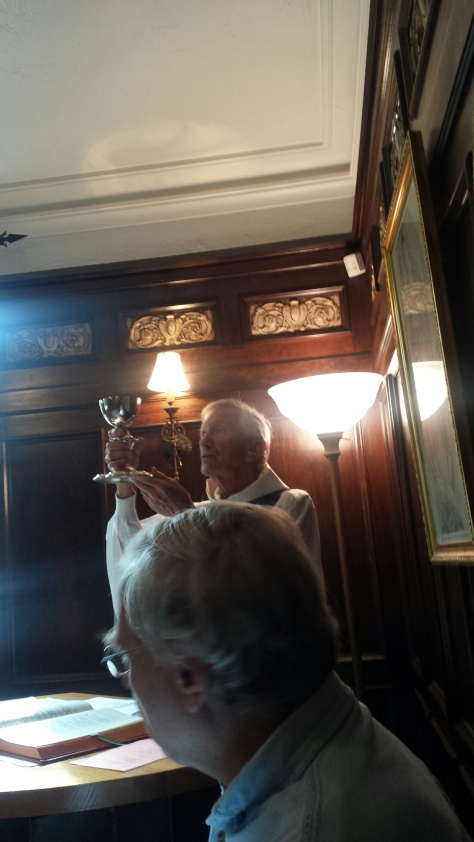 I took Fr. Belitz’ Silva class. He always says: “None of this will be for everyone. Not all of it is for me. I invite you to pick what you find worthwhile and throw out what you do not need.” This approach was extremely helpful.

Additionally, Fr. Belitz has his own teaching, Success: Full Living, (basic spirituality with an introduction into meditation) which leads students to the Silva workshops. I have taken both of these workshops, which are decidedly Franciscan, Catholic, and unquestionably spiritual. His third book: Success: Full Relating is his most spiritually pronounced and, promotes Creation Spirituality (which is the spirituality of Jesus) in conjunction with meditation techniques, which are for universal audiences.

For nearly two decades, I explored various mystery schools, including the Third Order Franciscans, as a seeker of authentic spirituality, spiritual community, and theology. It was Fr. Belitz who inspired me in this. Additionally, he encouraged me to seek a masters degree in theological studies, which I attained at an ecumenical grad school: Christian Theological Seminary.

Time will show that Fr. Belitz is as much of the Vatican II spirit as is this current Pope. Not succumbing to the often traveled Either/Or route, Fr. Belitz subscribes to a Both/And spirituality and theology, as directed by Jesus.  He is both a progressive and traditionalist. In this, Fr. Belitz has followed the Vatican Council, which theoretically is the highest authority in the Church.

Overall, what I have gleamed most from Fr. Belitz is akin to a statement once made by the composer Haydn. When asked why his Creation was so jubilant, Haydn responded: “Because when I think of God, I smile.” Fr. Belitz promotes the image of a smiling God and anyone who has spent time with him, becomes astutely aware that he genuinely loves God. 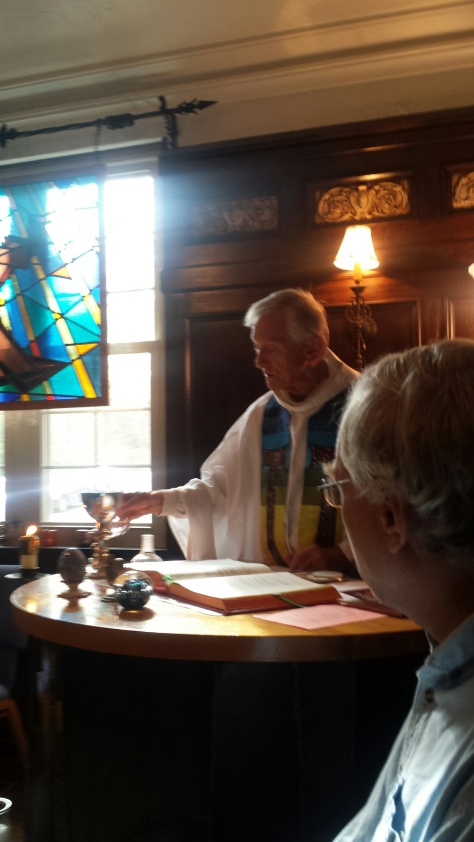 This is an image of God I needed and still do. I was assisting in RCIA at a local parish when the headlines blared: “Sixteen priests arrested in neighboring diocese for sexual abuse.” A third of the catechumens left. I felt as I had done that proverbial jumping out of the frying pan and into the fire thing. As an artist, it was time for me to respond. Part of that response was a film I made called: Jesus And Her Gospel Of Yes, which Fr. Belitz briefly appeared in.  It has since been used against him. Therefore, it is time for me to address it.

Jesus And Her Gospel Of Yes is a film in the Dada tradition. It attempts to sort through the chaos, the abuses, the infighting, the vulgarization, the crass commercialization, hackneyed language, kitsch, the oppressiveness sometimes found in religion and find, at its authentic core, the beauty of Christ, Our Mother via Julian of Norwich.

Here is an excerpt from a review of the film, by critic Richard Scheib:

“The point that should also be made is that Jesus And Her Gospel Of Yes is not intended as a satire of Christianity per se. Alfred Eaker identifies himself a progressive Catholic and a number of his painted works circle around religious and Biblical themes. Clearly, the film is an attempt to re-present the Christian word in a modern humanist light. For Eaker, Christ represents vibrant life, freedom and humanist acceptance of all persuasions and a refutation Old Testament-proscribed legalism.”

In hindsight, had I known the film would be used against Fr. Belitz, I never would have asked him to appear in it. His part in it amounted to little more than a cameo. He appeared in it as a personal favor to me, knowing the film to be a cathartic effort on my end.

Salve never seeps in immediately. It takes time. Fr. Belitz has been and continues to be part of the salve I have needed and still need in my direction. He has a saying, which I am prone to quote: “The Spirit speaks directly to you. If you choose to ignore that direction, and go your own way, you will limit your life.”

That statement, unlike the tome of the aforementioned blog articles, is without judgment. It is merely a pragmatic observation.

One may take that for what it is (or not).

Nostra Aetate; The Declaration On The Relation Of The Church To Non-Christian Religions, by Pope Paul VI, is essential reading.[1] This declaration vindicates the ministry and vocation of Fr. Justin Belitz.

* click on the links below to read or upload testimonials and letters concerning Fr. Justin Belitz.

2014 – Letter from Archbishop of Perth