“Female has the fluff and finery, as specified by those who design and sell. Little Miss Female, you should feel quite proud of the situation! You of course realize it’s predominantly men who design your clothes, your jewelry, your makeup, your hair styling, your perfume!” – Ed Wood narration from Glen or Glenda.

However, his zany enthusiasm was short-lived. Night of the Ghouls is a depressing example of a very fatigued Ed Wood. Even before that, both Jail Bait and Bride of the Monster seem sub-standard Ed Wood, even if they do bear his mark and are manna for his enthusiasts.

If Ed was sadly showing early hints of what was to inevitably come in those two films, then he was at his inspired, bouncing off the wall zenith in both Glen or Glenda and Plan 9 from Outer Space. 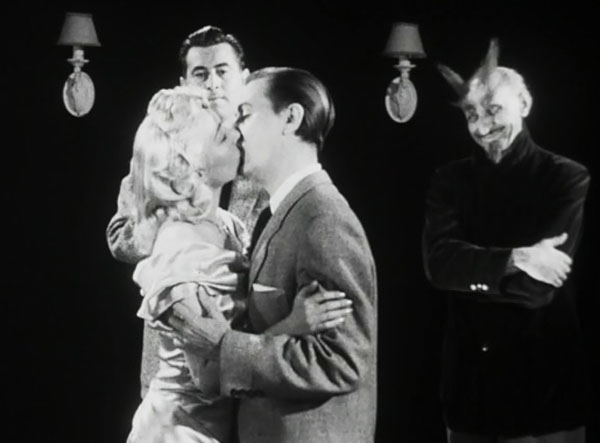 It was mix-master forever up his ass, quite dead film critic Michael Medved who unintentionally rose Ed and his magnum opus, Plan 9 From Outer Space from the shallow grave of obscurity into cult nirvana when he awarded Ed and his film as the worst film and director of all time. 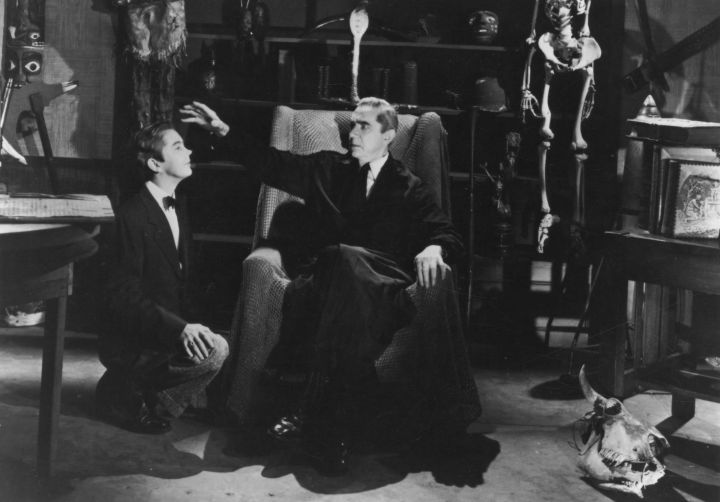 Despite Medved’s smarmy condescension, he should be forever thanked for posthumously catapulting Ed into the spotlight. Medved’s sole purpose for living was to play John the Baptist announcing Ed’s coming. All the crimes and misdemeanors of criticism that came after are (reluctantly) excused in light of this important moment in history (alas, Leonard Maltin has had no such redeeming moment for his crimes).

Still, Medved was slightly off. It’s Glen or Glenda, Ed’s directorial debut,that deserves the accolades, a mountain of raining ticker tape to propel this little trannie misfit into well deserved fame and fortune. There is much appreciated surreal irony in Medved’s accidental canonization of Saint Ed. It seems equally apt that Tim Burton’s very good, intentional homage, Ed Wood, lost every invested dime. If Burton’s film had been a box office hit, the cult of Ed Wood would have gone the way of all orthodox religions. Thank Ed, this was not to be.

For hardcore surrealists, it’s those unintentionally surreal gold nuggets that are the most valued, and Ed’s almost indescribable Glen or Glenda is the ark of the covenant for naive surrealism. There are several other choice gems: Ed’s own Plan 9 From Outer Space, Phil Tucker’s Robot Monster, the Elvis Presley movies Live a Little, Love a Little ( with the groan-inducing Edge of Reality surreal dream sequence) and Easy Come, Easy Go (frogman Elvis doing yoga-is-as-yoga-does with Elsa Lanchester) , Santa Clause Conquers the Martians, and a legion of not so deserving camp classics, including Manos: Hands of Fate, which is indeed awful, but incredibly dull and does not deserve to be placed in the same category.

There is little point in attempting to describe Ed’s autobiographical opus, Bela Lugosi’s hammy, inexplicable presence, or the pretentious narrative pleas for acceptance.

Glen or Glenda is the perfect, surreal toast to the Halloween season.