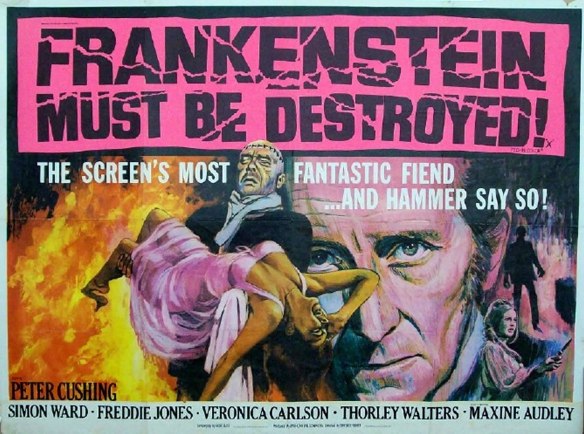 Director Terence Fisher had quickly grown bored with the Hammer Dracula series, along with the character of the Count.  For the two sequels, Fisher omitted the title character from the first (Brides of Dracula, 1960) and then made him secondary to Barbara Shelley’s character in Dracula, Prince of Darkness.  However, Fisher clearly reveled in the Baron Frankenstein character and focused primarily on the creator, as opposed to the creation.

In the fourth of the series, Frankenstein Created Woman (1967), the Baron allegorically became God the Father in Fisher’s idiosyncratic take on the Trinity.  In that film, Peter Cushing’s Baron is empathetic and waxes poetic at the tragic conclusion.  In the fifth film, Frankenstein Must Be Destroyed (1969), Fisher and Cushing create an alternative perspective on Frankenstein.  Here, the Doctor is at his most obsessed and least sympathetic. 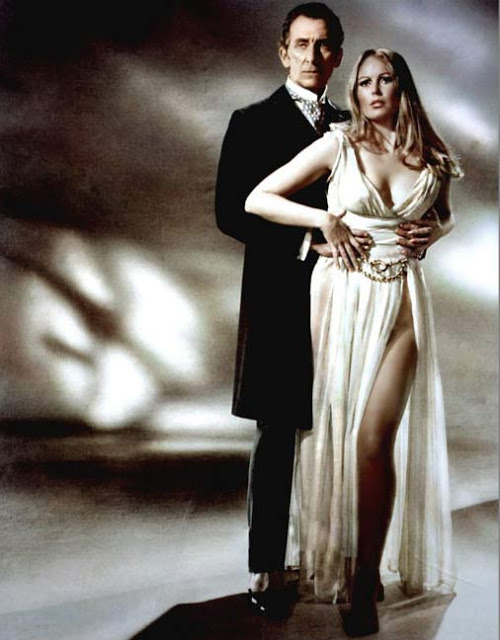 Frankenstein Must Be Destroyed is a relentlessly paced, visceral, and nihilistic film.  The opening, bouncing-off-the-wall sequence, in which the masked Baron interrupts a potential burglar—who in turn stumbles upon a gruesome laboratory straight out of a Josef Mengele nightmare—juxtaposed, as usual, to James Bernard’s athletic score,  is all worthy of Franjou. 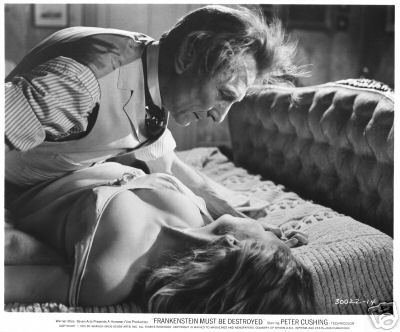 The striking Veronica Carlson gives the best performance of  her short-lived career as the tragic Anna; the Baron’s landlord, whom he blackmails and brutally rapes.  Carlson registers complete devastation in a skillfully tense scene in which a water main bursts at the boarding house to reveal the hand of the Baron’s latest victim. 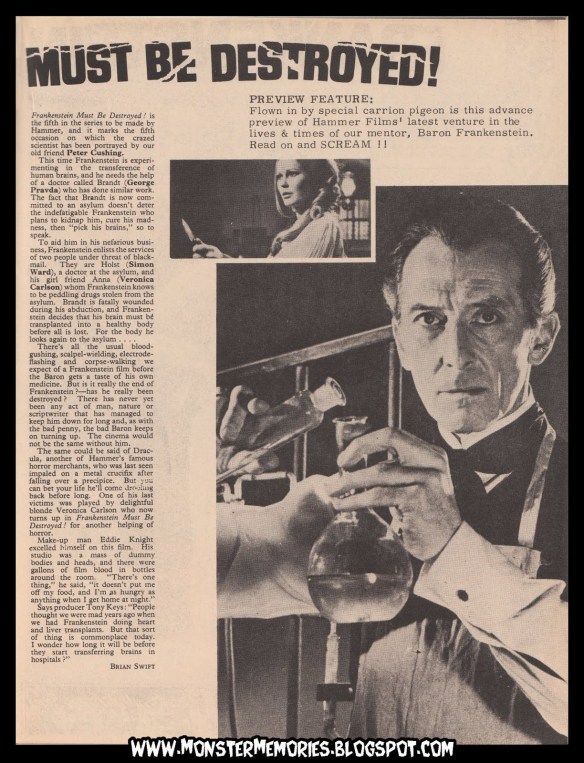 Unfortunately, the rape scene, inserted by the meddlesome producer, throws off the film.  Fisher, Cushing, and Carlson all rightfully objected to it as it is unnecessary, nonsensical and cheapening.  That scene aside, the rest of the film is so well directed and acted that it clearly is the best of Hammer’s Frankenstein series. 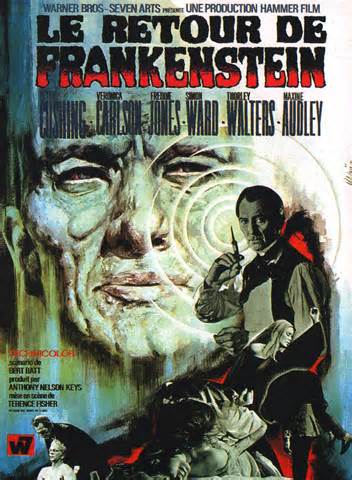 The dependable Thorley Walters returns as an acidic inspector, Freddie Jones brings real pathos to the transplanted Dr. Brandt, and Maxine Audley even evokes sympathy as the much put upon Ella, who is, on the surface, an unsympathetic character.  Still, the film belongs to the Cushing’s increasingly emaciated egomaniac Baron Frankenstein, who is vile here, yet never cartoonish.  Cushing is hopelessly charming, a progressive whom we root for (when putting bourgeoisie conservatives in their place), yet he is callous, single-minded,  and dangerously narcissistic . 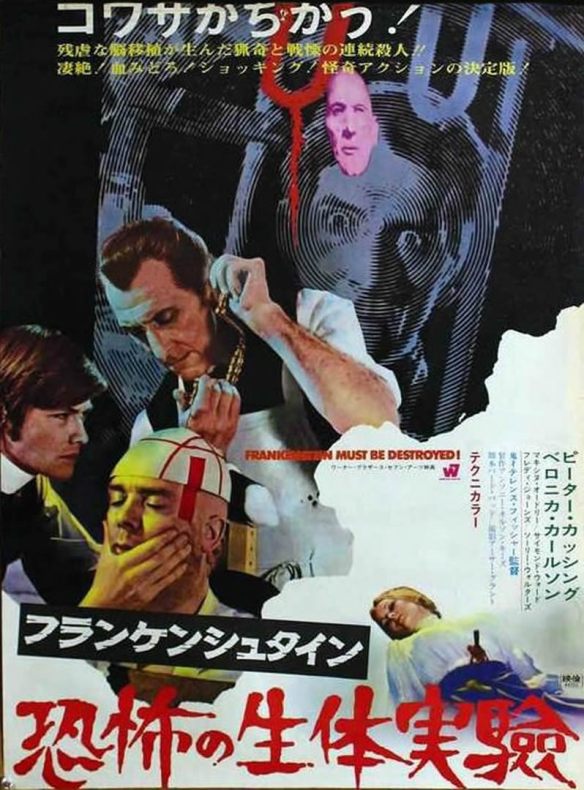 Together with The Devil Rides Out (1968), The Horror of Dracula (1958), and The Hound of the Baskervilles (1959),Frankenstein Must Be Destroyed is Fisher at his most assured and at the top of his form. 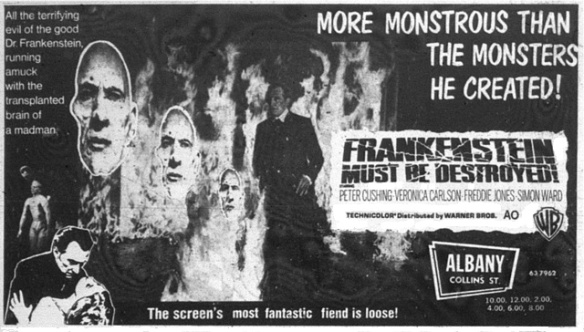