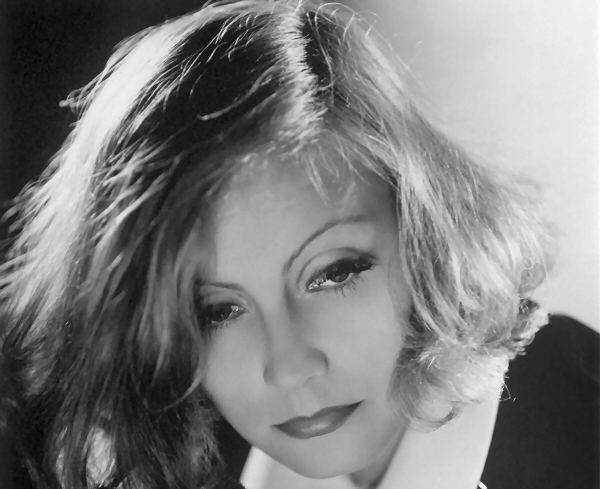 As many critics have pointed out, the films of Greta Garbo (1905-1990) have dated considerably, and few are actually good. Yet, Garbo remains pure cinema, an idea created through light, mirrors, and form for the celluloid dreams of her audience, who waxed ecstatic over her face alone. 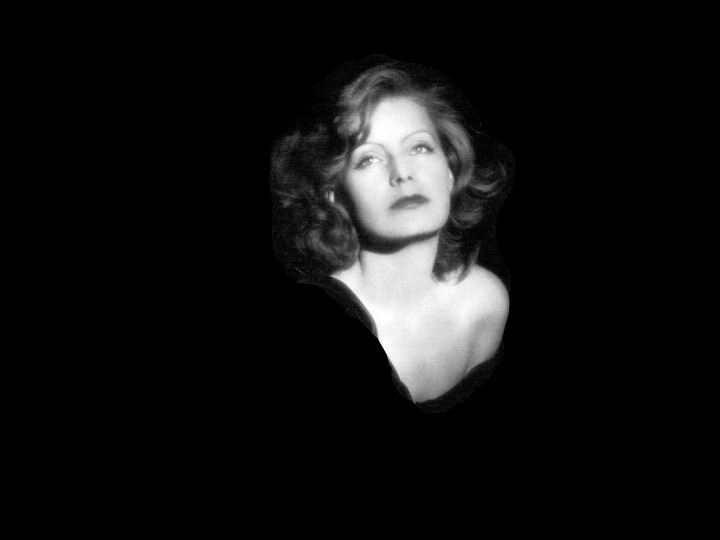 Garbo came from poverty and started modeling at an early age before breaking into Swedish film. Among her early supporting roles was G.W. Pabst‘s The Joyless Street (1925) (with sets by Edgar G. ULmer). Despite sounding like a hidden treasure, it is an unremarkable film. After catching her performance in Mauritz Stiller’s The Saga of Gosta Berling (1925), Louis B. Mayer was struck with the actress’ star magnetism and wasted no time bringing her to Hollywood. Garbo was actually part of a package deal, as Mayer had originally wanted the brilliant Stiller as well. Mayer sent Garbo to the dentist, put her on a diet, and gave her English lessons to help her with taking direction. Her first assignment was Torrent (1926), directed by Monta Bell. Garbo had hoped for Stiller to direct. Disappointed, she accepted the assignment and worked on her lines at night. Bell was involved with actress Norma Shearer at the time, and antagonized Garbo. Yet, despite the tension, from her first frame, Garbo exuded an air of exoticism and European pathos. She burned up the screen in an otherwise unmemorable American debut.

Stiller was assigned to direct his protege in The Temptress (1926). Unfortunately the director was unable to adapt to studio methods and was fired. Crushed, Stiller headed back to Sweden. Garbo wanted to leave with him, but he convinced her to remain in Hollywood. Within two years, Stiller was dead at 45. Garbo was devastated, and a pattern developed. Fred Niblo took over direction of the movie. The Temptress secured Garbo’s stardom. Seen today, it is, undeniably, a dated melodrama. She does not elicit sympathy, yet the 21-year-old star still commands our attention. Mayer was reportedly bewitched by her eyes; they gush torpid sex. She is a silent man-eater here, without ever resorting to vamp cliches. The only thing one remembers about it is her and the way she physically laid into her leading men as no other actress has before or since. Understandably, The Temptress made her a star.

Flesh and The Devil (1926) enshrined Garbo in superstardom and cast her for the first time opposite her greatest leading man, John Gilbert. It is the story of Garbo and Gilbert that served as the model for films like A Star is Born (in 1937, 1954, and 1976) and The Artist (2011). Gilbert was the established star, the leading romantic idol in Hollywood. Garbo was the newcomer. Over a few years, as her star ascended, his declined and, within a decade, Gilbert would meet a horrific end. Here, again, Garbo plays an unsympathetic woman who men kill and die for in a silly melodrama replete with two-dimensional archetypes. This is the first of six films she starred in directed by Brown. He was, early on, a good choice to direct her, before his enthusiasm ran out. Proof lies in two highly charged scenes: in the first William Daniels’ camera hones in to an extreme close-up of the actress’ lips parting for a cigarette, followed by her hovering over Gilbert, until her parted lips meet his. The second scene begins with a priest denouncing her type as a succubus Eve for men to be aware of; all the while Garbo applies lipstick. During communion, Gilbert drinks from the chalice first. When the cup is passed to Garbo, she turns the rim back to the exact spot his lips touched, condemning the priest’s homily as misogynist myth. Daniels was a master of black and white photography, and frequently highlighted Garbo in closeup. For audiences, her face, projected on a large screen, exuded transcendence, every emotion registering on an epic scale. Daniels’ diffused lens complimented her so expertly that she insisted on him as her personal cinematographer, and got him, for twenty-one of her twenty-six films. 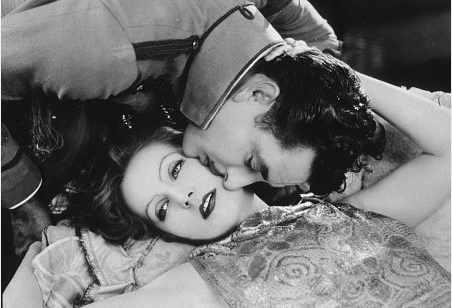 Gilbert equally impresses here. He is the personification of the dashing silent matinee idol (far more so than Valentino). In hindsight, seeing the film, it is no surprises the two became off-screen lovers during the making of Flesh and The Devil. Garbo and Gilbert’s chemistry was such that it would not be matched until Bogart and Bacall. However, unlike the later Hollywood couple, the silent lovers were not afforded a happy ending. Garbo and Gilbert lived together briefly. He proposed marriage and she agreed; however, Garbo balked, abandoning Gilbert at the altar. Legend has it that Louis B. Mayer laughed at Gilbert for being jilted, and the actor responded by thrashing the mogul. Some dispute this now, but for whatever reasons, Mayer set out to destroy Gilbert, and succeeded, sabotaging the actor’s career with unflattering roles. When sound came, Gilbert’s voice was ridiculed as not matching his image (rumors abounded that Mayer ‘s sound technicians deliberately tampered with Gilbert’s voice.)  Seeing Gilbert’s sound performances today disprove the legend that he had an inadequate voice. Regardless, Gilbert’s career was left in ruins and the one-time star became an alcoholic recluse. He was discovered in has apartment at the age of 39 in 1936. The coroner estimated he had been dead for a week, with his corpse partly eaten by his dog.

Garbo’s next film was the first of two where she played Tolstoy’s Anna Karenina. Love (1927) was co-directed by Edmund Goulding and John Gilbert (uncredited). With the resounding success of Flesh and The Devil, MGM was anxious to re-team Garbo and Gilbert. Much publicity was built up around the pair’s off-screen romance, and already Garbo was beginning to resent the invasion of her privacy. Hollywood sets were much larger and more populated than film studios in Sweden, and soon Garbo would be making demands for closed sets, barring even producers. Additionally, the actress would not answer fan mail, sign autographs, or grant interviews. At first, Mayer was incensed, but soon built an entire campaign around her reticence, shrewdly promoting his star’s sense of mystery— which only further irritated Garbo. Despite being a huge box office hit, Love is not one of Garbo’s best, but the intimate scenes directed by Gilbert and stunningly lit by Daniels stand out enough to make it worthwhile.

The Divine Woman (1928) is considered Garbo’s sole lost film, with only nine minutes having been recovered (available on the Garbo Silents Collection).  It was directed by  Victor Sjostrom and received superlative reviews, making its loss even more tragic. Garbo was back under Niblo’s direction for the aptly named The Mysterious Lady(1928). Daniels camerawork here has a breathless, heady quality, beautifully capturing the body language between Garbo and her lover, Conrad Nagel. Naturally, being 1928, no skin is shown, but Garbo’s films created such an erotic milieu that puritan groups were already calling for censorship. The incidental plot involves espionage. Garbo’s former mentor, Stiller, was dying during the making of the film, and the studio refused to let the contract star leave the States in order to visit him. MGM had perviously refused to let Garbo visit her dying sister, clearly indicating Mayer’s fear that Garbo was inclined to walk out on Hollywood. Such treatment so embittered the star against her employers that she listed the film as her least favorite. Despite that, and despite its paper thin plot, many critics site The Mysterious Ladyas Garbo’s best silent.

A Woman Of Affairs (1928) had Garbo back with the team of Brown and Gilbert in a period soap opera. Among Garbo’s affairs in the movie was the future B-cowboy star Johnny Mack Brown. Naturally, Gilbert crosses her path, and the two ignite, forgetting their respective spouses, etc. The script was based on Michael Areln’s erotic play, whose reputation caused a battle with the censors. The censors won this battle, and among the references to meet the scissor was a subplot about syphilis. Garbo’s acting is very good, but she is not helped by her hammy co-stars (including Gilbert), uninspired direction from Brown, and a neutered screenplay.

With talkies looming, MGM was worried about Garbo’s heavy accent, and sought to milk as much out of her as possible, just in case. Sidney Franklin’s Wild Orchids (1929) was a big budgeted production, with Garbo adorned in lavish costumes as the bored, neglected wife of Lewis Stone (who, as usual, is quite good in his role). A trip to Java reaps a safari hunt and exotic temptations, which include an amorous prince (Nils Asther). Daniels clearly enjoyed himself, filming his starlet in such sensuous wardrobes he almost literally transformed her into a moonlit flower. The audience is called upon to gaze upon her. The rest of the film is hackneyed kitsch.

With Gilbert on his way out, MGM paired Garbo again with Asther in The Single Standard (1929). Here, she is torn between him and Johnny Mack Brown. Her Single Standard amounts to a shocking pre-code virtue of women being able to enjoy sex as much as men. John S. Robertson directs with a nice, contemporary touch; a bit of a relief after the outlandish Wild Orchids. Daniels’ work proves to be illuminating, regardless of the setting. He turns her into a dolphin in the water. Brown shines as a bastion of stability.

Garbo’s last silent is one of her best, an exquisite and torturous aphrodisiac. Mayer took no chances and placed the star under the capable direction of consummate craftsman Jacques Feyder, who adorns The Kiss (1929) in expressionistic, art deco poetry. Daniels takes the title literally. Garbo, in a love triangle, is cast opposite Conrad Nagle and young paramour Lew Ayres (as if it matters).