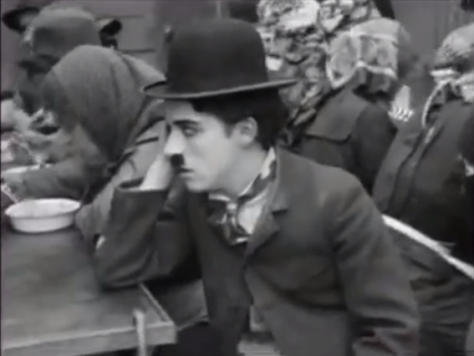 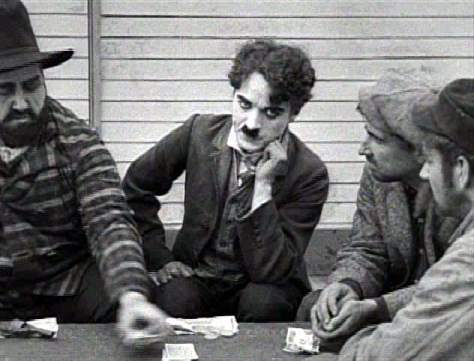 Today, as I approach the half century mark, my viewing habits have changed considerably and yet, having gone full circle, I find they ultimately—and paradoxically—remain the same. Apart from re-familiarizing myself with a film (in order to write on it), I have arrived at a point where I almost never watch a film more than twice. Chaplin seems to be the sole exception. I return to him again and again, like an obsessive childhood passion. On the surface, I should have outgrown him. In my own work, I vehemently avoid overt sentimentality. Chaplin, of course, is apt, at times, to wallow in it.

With his Dickensian early life in impoverished London orphanages, however, Chaplin earned some of that sentimentality. Perhaps this is why, when he does cave into it, he feels authentic; convincing us to care for the little fellow, his girl, and the world they inhabit. Chaplin invites us to root for the underdog, the underprivileged, and societal outcasts of his world (and ours). It’s a far cry from 2013′s seasonal message of “gays are gonna burn in hell” or “the Pope, saying we shouldn’t be so materialistic, must be a commie.” Chaplin’s worldview seems tragically alien even to the little man of today (that is, if the little man is indeed accurately represented by the plethora of commentators on internet news forums posing as “arch conservatives”). Naturally, they are anything but conservative in their morals (or lack thereof). Rather, they are extremist right-wingers (big difference), who buy into the myth that everyone gets a fair shake and if he or she falls short, “it’s their own damned fault. Let them die in the streets.”

Perhaps that is another reason Chaplin increasingly means more to me. Although he was a skeptic in matters of dogma, Chaplin conveys the essence of Christmas as poignantly as Charlie Brown’s forsaken Christmas tree (needles not intact). Simultaneously, Chaplin and his ensemble also bespeak that Easter message of rising against oppressive odds. Mind you, mine is not an opinion tainted by misplaced nostalgia. It is, rather, a stubborn preference to Mel Gibson’s 21st century two-fisted perversion of Easter’s message, which effectively seeks to mute the author of beatitudes espousing the meek.

Although many people (myself included) find Chaplin’s Easy Street (1917) to be the best film of the Mutual period, The Immigrant was Chaplin’s personal favorite, and it is easy to see why. It is, along with The Kid (1921), his most autobiographical work.

The Tramp is aboard a steamer crossing the Atlantic. Chaplin returns to the miserable, poverty stricken conditions ofEasy Street (1917) with his rough and tumble fellow immigrants. Amidst the grime, the Tramp finds beauty in the unnamed feminine (Purviance). The Tramp, stirred, eventually gifts his earnings, from a hilarious poker game, to the woman and her terminally ill mother. After seeing the Statue of Liberty, symbol of New World Freedom, the Tramp, woman, and immigrants are treated like cattle, corralled behind a rope. The Tramp’s response is to kick an immigration officer in the daily duties. This scene later was used against Chaplin and cited, by J. Edgar Hoover, as proof of the filmmaker’s dangerous promotion of disrespect of authority and his inherent anti-Americanism.

The Tramp is separated from the woman and her mother but finds her wearing the black armband of mourning in the film’s second half.  Both are destitute in an American dream turned nightmare, but, finding a quarter, the Tramp treats her to a meal. Eric Campbell, pitch perfect as the villainous waiter, Goliath, necessitates havoc will follow. (Unfortunately, Campbell would only appear in one more short, The Adventurer (1917), before being killed in an automobile accident at the age of 37). With Campbell’s untimely death, Chaplin lost his greatest foil, and with him an enigmatic comic milieu that later films lacked. 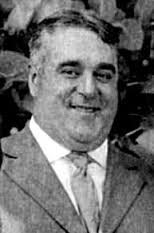 Some have criticized Chaplin’s euphoric ending: the pair’s rush to a justice of the peace, amidst a downpour. It’s unquestionably a better message than the all too familiar news of seasonal avarice in the form of holiday shoppers trampling yet another department store employee to death, in their rush to acquire stuff. Chaplin’s admittedly tacked-on ending has been seen as overtly naïve—a bare half-step removed from an antiquated belief in love at first sight. It is all too easy to succumb to 21st century cynicism. Perhaps, we could use a dose of Chaplin’s sincerely felt sentiment. Although I cannot say I outright believe in a fairy-tale happily-ever-after from such an accelerated encounter, Chaplin inspires me to want to believe that I could indeed believe.

* Charles Chaplin died 37 years ago this Christmas day at the age of 88 in his beloved Switzerland home.

One thought on “CHARLES CHAPLIN’S THE IMMIGRANT (1917)”