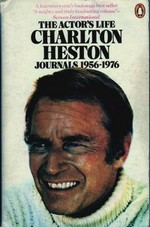 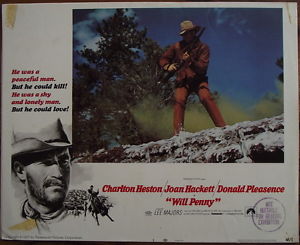 From 1956 on, actor Charlton Heston kept an actor’s journal, which he published in two volumes, in 1976 and 1996. These are some of the most fascinating and valuable behind-the-scene writings published on the subject of studio filmmaking. In addition to these writings, Heston was also an exceptional and underrated visual artist. Often, when actors turn to painting, the result is less than memorable, and can even be downright painful. One thinks of Henry Fonda’s vapid watercolors or the recent, execrable “world leader” portraits by George Bush as painful examples. Heston’s visual art was an extension of his journals. His pen and ink drawings of makeup artists, stuntmen, cameramen, and technicians celebrated the unsung blue-collar workers. I was fortunate enough to attend a small showing of Heston’s extensive work and it remains of the most compellingly unique exhibits I have attended to date. 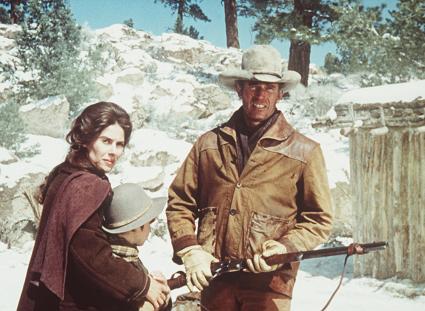 The story of the making of Will Penny (1968) is a standout entry in Heston’s “The Actor’s Life: Journals.” Heston was handed an incomplete script. Under normal conditions, the actor would have refused to read an unfinished screenplay, but Heston was so taken with the fragment that he immediately expressed interest in taking on the role of the aging, illiterate cowboy Will Penny. Heston was then informed that the writer, Tom Gries, was insistent on directing. When Heston inquired on Gries’ directing experience, he found it consisted of “a couple of television programs.” Heston put up a mild protest, but quickly changed his mind upon learning that Gries’ demand was unconditional. While it is fortunate that Heston compromised in what turned out to be one of his best and most underrated roles, his skepticism about Gries’ lack of experience had some validity. 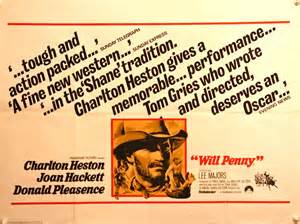 The central performances and an intelligent, sensitive script are the strengths of Will Penny; however, Gries’ television-like visual direction and an embarrassingly melodramatic performance from Donald Pleasance are noticeable flaws. As excellent as Heston’s work is here, Joan Hackett is even better. She imbues her part with an unglamorous freshness (Heston amusingly related that several actresses turned down the role upon reading the description of Catherine as plain). Heston later counted Hackett as the best of his leading ladies, and for good reason. 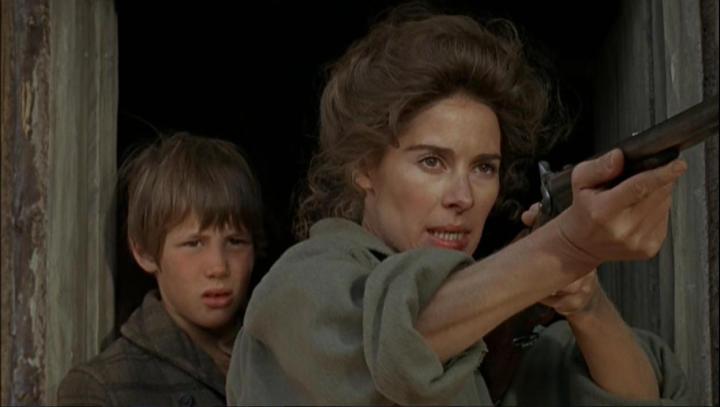 Will Penny is not a Wyatt Earp type. He does not bravely face down the enemy to clean up a corrupt town. Rather, he is a fifty-year-old cowhand who works with cattle. It’s all he knows. He doesn’t even know how to write his name. When he gets into a fight with a younger co-worker, Penny uses a frying pan “because I use my hands to work.” When a trail job ends, Penny finds himself traveling with a young Lee Majors and Anthony Zerbe in hopes of finding work. Majors is a bit of a nonentity here, but Zerbe gives a very good performance as a recently transplanted, thickly accented European immigrant who awkwardly shoots himself and then milks every ounce of sympathy he can. 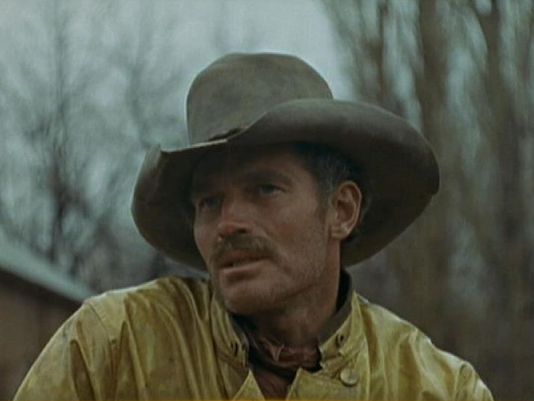 Zerbe and Majors try to steal an elk from demented preacher Quint (Pleasance) and his sons (one of who is played by Bruce Dern in one of his worst and most cartoonish performances). Penny is inadvertently drawn into the conflict, which will have eventual and horrific consequences. The three men temporarily part company when Penny lands a seasonal job as a line rider. Penny finds his shack occupied by squatters in the person of Catherine (Hackett) and her young son (Jon Francis).

The romance between Penny and Catherine is authentic. They do not wind up in each others’ arms within thirty seconds. It is the building of the relationship between the two that gives Will Penny its substance. Even the inevitable conflict between Penny and Quint is in service of the understated chemistry between Heston and Hackett. 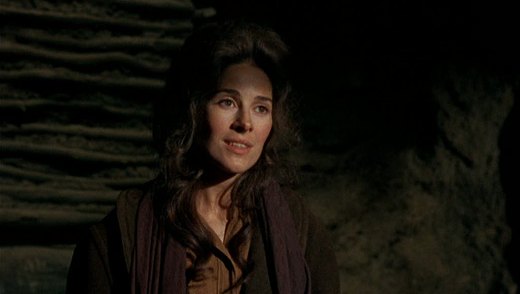 While Gries’ does not have the cinematic visual flair of the best directors, his strength lies in characterization and elegant writing. This was Gries’ first feature film. His subsequent films were mere assignments, lacking the personal vision of Will Penny. 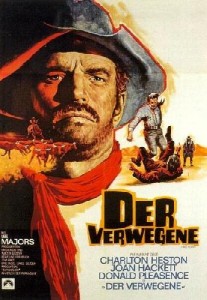