With astounding astuteness, a professor once critiqued the Roman Catholic hierarchy as frequently and fatally mantling the attitude that it is above both criticism and self-criticism. In my previous post regarding my grad school, Christian Theological Seminary, I proposed the possibility that the school’s board of trustees, along with its president, Matthew Myer Boulton, were, in some ways, perhaps modeling that aspect of the Roman Catholic hierarchy. It seems I  have erred in the usage of that perhaps. https://alfredeaker.wordpress.com/2014/04/21/matthew-myer-boulton-sounding-the-death-knoll-for-indianas-progressive-seminary-christian-theological-seminary-2/

CTS banner slogan has long been Forming Tomorrow’s Leaders In Faith.  I believe CTS may need to hit the refresh button in order to view and review the not-so-improved Forming Prodigals In The Name Of Faith. The late Archbishop Fulton J. Sheen proved himself a rarity of  shrewd, reflective self-criticism in the Catholic hierarchy when he proposed: “often, we have prodigals due to our own negligence. We have pushed them out the door with our carelessness, recklessness, thoughtlessness, and abuses.”

Paradoxically, CTS, its trustees, Boulton, et al. are proving themselves the worst kind of parents imaginable. The fault is not entirely theirs, however. We prodigals err as well in having continued to look to them as trustworthy parents and make no mistake, we are the children of CTS.

Over the weekend, a fellow alumni let me know they had been booted out of and blocked from CTS’ Facebook group for alumni. Yes, I was too, which I half expected after my blog post ( I will add that I was barely tactful enough not to post on their group page). Still, for me, I rather identify a tad too readily with Groucho Marx’ statement: “I am leery of any club that would have me for a member, anyway.” Besides, it is merely Facebook. However, after dialoguing with said alumni, I did see another point; the latent (or not so latent) message delivered by the current CTS admin,”You are no longer ours.” I do not know what that alumni said to them, or said about them (I know what I said, of course), but he/she believed it an attempt, on their part, at status quo taming. Astute observations on the alumni’s part? Additionally, I should add that said alumni was prone to critique and challenge while expressing his/her love for and belief in CTS. Of course, this does not matter. The school only wants docile children, shorn of edge. 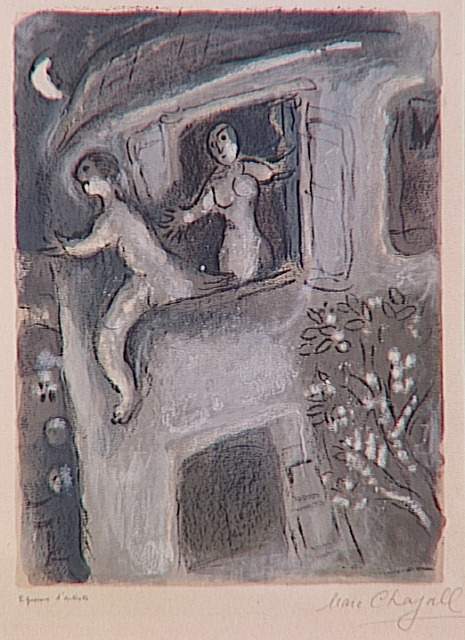 A wise, good parent would make the effort to understand and even support its child’s critique, challenges, chastisement. All too predictably, this is not what Boulton and trustees do. They have subscribed to a theology, which transforms Christ/parent into the quintessential symbol of  pharisee. They (representing Christ/Faith) are so perfect, so elevated, so edified, so illuminatingly beautiful that no one can touch them. They are akin to a gemstone imagining itself as a diamond in a museum:  “Look, but do not touch.”

Alas, this is just a small, but additional, lucid sampling of the tactics, and behavior we have seen from Boulton, the Board of Trustees, and their new hires. In the way they have bullied and abused CTS’ longstanding faculty and administration, they have fleshed themselves out as vivid examples of Bishop Sheen’s prodigal-creating parents. That they have the audacity to still believe themselves leaders in morality, is something akin to momentary blasphemy. Can anyone with an iota of contextual moral depth actually, currently look to Boulton and the board as lead-by-example parents/leaders? I cannot fathom how, unless one mantles the ostrich with head in sand. Of the plethora of messages I received, from past and present CTS students, the most heartbreaking was a simple and brief: “The Seminary has become a horrible place.” CTS itself has mantled the ostrich in its clueless apathy regarding its affect on students, faculty and admin.

In The Subversion Of Christianity, Jacques Ellul writes, “A moralistic attitude is essentially a masculine one. It is an attitude of judgement, stiffness, rigidity, of the calculation of debts and assets, of classification, of designation, of the establishment of what should and should not be done.None of this is by nature feminine. The victory of the law over the gospel is one of morality over love.” This is the visible design of CTS morality as practiced by Boulton and Trustees. They give the impression of being supremely and passionately concerned with their particular brand of morality, which includes securing silence from within and the eradication of potential prodigals.

A priest gave this lucid observation on the Church: “The Church’s goal, as parent, should be to make herself obsolete. She grooms her children to go their own way, make their own spiritual path.” This, of course, is not literal or absolute. As children, we do desire and, indeed, need to return to the nest at different points on our promenade. In the case of CTS,  there is no nest to return to. It has been indifferently dismantled.

I participated in a conceptual showing of art at CTS. With myself, a fellow student and alumni collaborated in a showing entitled: Shifting Sanctuaries. Although our boundlessly expansive idea of sanctuary is in flux, alternating, mobile, we were keenly aware of our seminary as the nexus, the Christ community, a beautiful icon for us, on the proverbial pilgrimage. The show itself took on the persona of a traversal in three venues, CTS being the final phase. Much work went into the show and it proved edifying in the challenge. Although well attended, Boulton himself was conspicuously absent.

Tragically, CTS has rendered itself a misapplication of the Prodigal narrative. Ellul writes of two value orders: “The masculine values of force, rule, power, the seeking of big things, a spirit of conquest, courage, order, etc., and the feminine values of love, sensitiveness, the protection of the weak, imagination, giving, etc.”

We are not privy to the mother in the biblical parable of the prodigal. She was not part of Jesus’ point as he symbolically adorned the father figure with both paternal and maternal attributes. Perhaps, it is time to add her to their narrative model. Christian Theological Seminary and the Disciples of Christ would certainly benefit from doing so. In their role of parents, CTS seems to have forgotten, or are blind to one of the most important facts: It is the Mother, in her role,  who traditionally, cleans the children, including prodigals. Lest I be negligent, I am compelled to add the parent denomination in the course of this post because it appears CTS is not the soul issue for the Disciples of Christ. I include two links below for discernment and critical reflection on the DOC and its academic institutions.