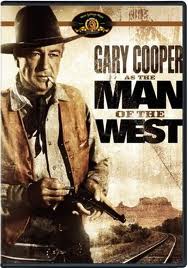 The Western is the near perfect genre for American filmmakers. The basic premises are pre-written, giving the filmmaker boundlessly expansive freedom. Anthony Mann took full advantage of that freedom and he did it in explorative ways John Ford never did. Mann, along with Budd Boetticher, set the model down for later filmmakers such as Monte Hellman and Sam Peckinpah. Film historians have tended to rank Mann below Ford and above Boetticher. Completely reverse that and take nothing from any of the three. 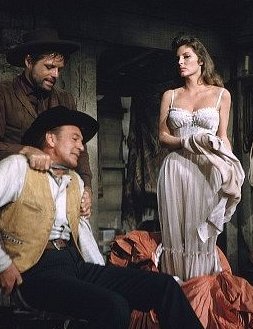 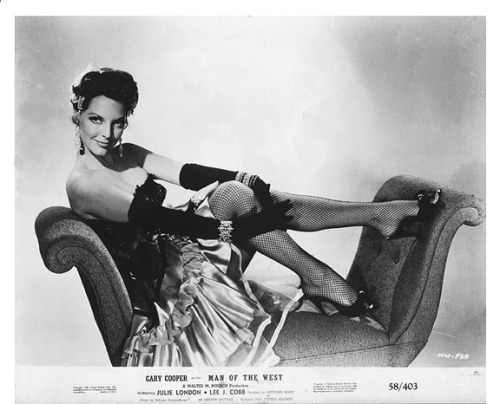 When the subject of Mann’s contribution to the western genre is explored, it is his cycle with James Stewart that is inevitable brought up. Indeed the Stewart collaboration Naked Spur (1953) remains Mann’s highest praised achievement in the great American genre. However, it is his nearly forgotten and last true western, Man of the West (1958) starring Gary Cooper that is his most strikingly modern. A telling sign of this film’s greatness lies in its still debated status.

Mann’s casting of Cooper is nothing less than inspired brilliance, although it probably cost the film box office revenue. Mann and Stewart had fallen out during the making of the previous year’s Night Passage, but by then audiences had come to accept Mann’s reinvention of Stewart’s on-screen persona. Starting in 1950, under Mann’s direction Stewart had been portrayed as violent, selfish, cynical and remarkably complex.

In 1958, Gary Cooper was nearing the end of his career and no director had manipulated Cooper’s screen personality in such a way as Mann had done with Stewart. Andre de Toth, a competent journeyman director who, never the less, lacked a real consistent vision, had come closest in Springfield Rifle (1952) by portraying Cooper’s character as an accused coward in the first half of that film. However, that turned out to be an undercover ploy to smoke out the real traitors, so Cooper retained his pure as the driven snow nobility after all. Still, even then, neither audiences nor critics bought it.

Laconic simplicity and nobility were Cooper’s well established personality trademarks. Mann took advantage of what was already established and manipulated it with a darkly hued underbelly. Under Mann’s direction, the “Yup” mannerisms of Cooper’s Link Jones convey evasiveness in an attempt to hide a less than noble past.

Link Jones is about to catch a train, heading for Texas. He is on a mission to find a school teacher for his small town’s new school and is carrying the funds to pay for her. A Marshall at the local train station thinks he recognizes Link, asks Link his name, inquires into Link’s past and asks him if he knows the fugitive Doc Tobin (Lee J. Cobb). Link cautiously shakes his head, lies, squints, and evades the Marshall’s penetrating looks. Mann’s expert manipulation of Cooper’s personality traits is so subtle as to be believable and, thus, unnerving. It was unsettling enough for 1958 audiences to reject it, and even contemporary critics have often lamented the casting of Cooper, as opposed to Stewart, in this film. Stewart would not have worked nearly as well simply because his casting would have been acceptable, even expected. 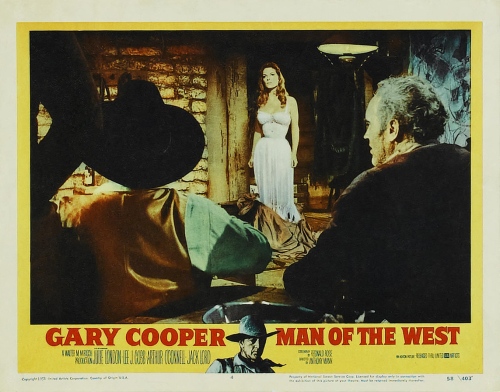 Cooper’s Link Jones consistently plays dumb throughout the film, first to evade discovery, then out of sheer necessity for survival. It can well be believed that Link Jones hides a sordid past. Link’s train trip is cut short when bandits rob the train. Link, saloon singer Billie (Julie London) and the con man Sam (Arthur O’ Connell) are left stranded by the train. Link recognizes the nearby area as his one time home. Knowing the nearest town is 100 miles away, Link leads his fellow two passengers to the hidden farmhouse of his uncle and onetime foster father Doc Tobin. Link is surprised to find Doc there with his white trash gang. It is the same gang that robbed the train. Doc is even more surprised to see his prodigal son, Link. Doc reminds Link of a murder they committed together. Link looks away, vulnerable, embarrassingly exposed as if naked in front of the gang. Cobb expertly captures the trashy Doc without resorting to over-the-top, mannered melodramatics, such as the type Donald Pleasance’ resorted to with a similar character in the otherwise well done Will Penny (1968) directed by Tom Gries. 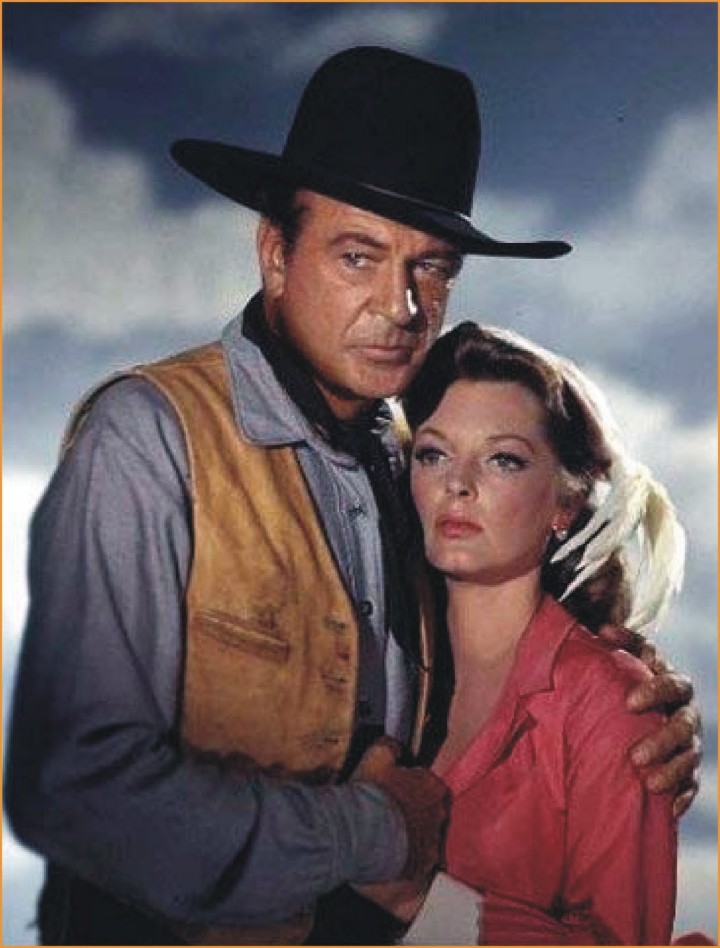 Man of the West becomes a reversal of a biblical melodrama, with a dash of Oedipus thrown in for good measure. Here it is the father figure who needs redemption, but he is too unyielding, too far gone down the wrong path, too broken to find it. The prodigal, who has found his first redemption, away from his uncle/father, will eventually have to commit patricide in order to survive and secure his redemption. Billie and Sam have unwittingly joined the intentionally monikered “Link” on an existential journey that will transform them as well. The prodigal’s cousins/step-brothers resent Link and feel betrayed that Doc still favors Link, even though they have proven more loyal and did not abandon their father the way Link did.

One of the gang has been mortally injured from the train robbery. Doc wants to display his still strong leadership and “family pride” to his returned prodigal. Doc orders his men to shoot and kill their wounded comrade. Neither cousin Punch (Robert J. Wilke, memorable in High Noon) nor cousin Trout (the always impressive Royal Dano) can do it. They are not real men, according to Doc. Link attempts to hide his smile, pleased that the first sign of Doc’s lack of loyalty is blatantly apparent to all. Vicious cousin Coaley (Jack Lord) will do it.

When Coaley does the deed, Link’s tension is felt. Indeed, this is a film of diaphanous tensions. We do not know just how long Link can continue his act or whether he will be able to protect his fellow passengers from harm. At greatest risk is Billie. Julie London invests an internal sexual tension in her character that she is sickened by. The sex appeal of London has often been compared to Elvis Presley, but it is London’s complexity that renders Presley comparatively banal. Billie is as frightened for Link as he is for her. Thankfully, the romance that one keeps expecting to blossom between the two, never does, which only heightens the sexual tension. She knows full well what these men are capable of doing to her since she has dealt with types akin to these for years. “You are not like these at all” Billie tells Link. “I was. There was no difference.” He tells her. Link’s fear parallels Billie’s fear. It is not the fear of the unknown, but the fear of what they both know all too well that threatens to consume them. Both characters resonate authenticity. Neither of them could survive their tormentors if they did not understand them and, in Link’s case, if he had not once been that himself. This will lead to a second redemption for Link, in finally coming face to face with what he has been attempting to outrun for so long. Billie was on the verge of her escape when she boarded the train, but escape cannot be equated with redemption. When she left for Texas, Billie was on the verge of spiritual bankruptcy, from having seen and experienced too much. Now, out of necessity, cynicism and coldness have been replaced with co-dependency, vulnerability, and faith in someone else. Sam does not have enough firsthand experience in familiarity to ensure survival. However, he too must find redemption. Sam the con man is ready, willing and able to abandon Billie in escape. Sam does not need Billie, but he needs Link, only Link will not resort to such selfishness. Link’s inspired example will provide Sam his own opportunity for an unselfish choice. 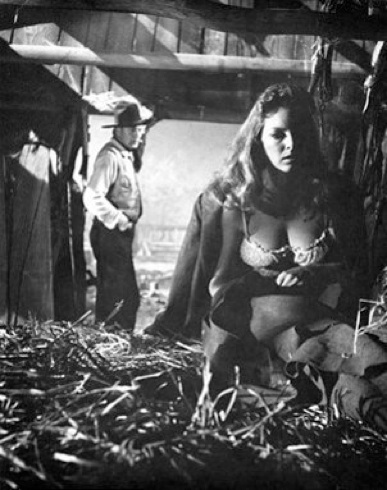 Cousin Claude (John Dehner) returns to the lair, having heard Link was on the train. When he finds Link alive and well with Uncle Doc, he is embittered, knowing that Link is only pretending to go along with Doc’s dream of a full reconciliation between himself and Link. Claude loves Doc, especially in light of Doc’s increasing senility and alcohol-induced nostalgia for older, better days, which he knows Link is taking advantage of in order to survive. Claude begs Doc to kill Link, even though he knows Doc, who truly loves Link, will never allow it. 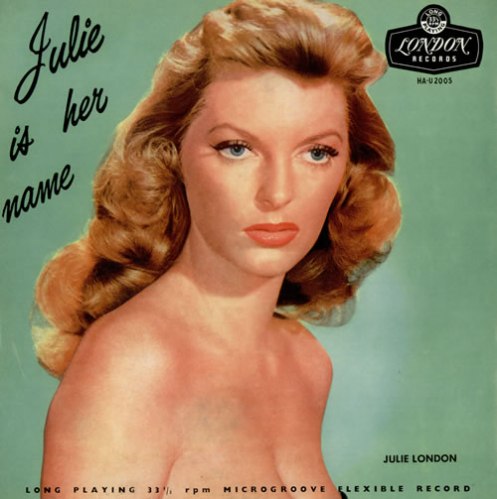 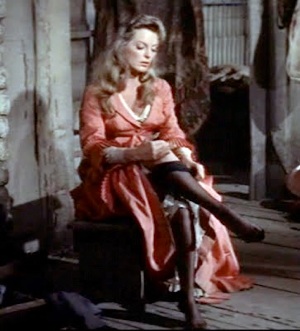 Link, echoing the Davidic Absalom, takes revenge upon Coaly for his intended violation of Billie. Link humiliates Coaley in the same manner that Coaly humiliated Billie, in front of the “family.” In the earlier sequence, Coaley forced Billie to expose herself by stripping down to her corset as he held a knife to Link’s exposed throat. Drained and vulnerable, Billie collapses in abject humiliation. That earlier sequence is, by turns, titillating, repulsive and unbearably tense. In retaliation, Link now similarly exposes Coaly, stripping him down after a savage beating. Link identifies all too well with Billie’s vulnerability.

They both felt naked and humiliated in front of this family. The retaliation scene is equally tense and well executed. Doc is so proud of Link’s raw humiliation of Coaly, that he slaps, father-like, Link on the back. Doc’s number one boy is back. It is more than Coaley can endure and he tries to shoot cousin Link. Ready, willing, and able, Sam intentionally takes the bullet meant for Link. The dying Sam tells Link, “I don’t know what came over me. I never would have done that before.” Sam tires to pooh-pooh his sacrifice,” It was a shrewd move of me. If they had killed you, they never would have allowed me to live.” Link knows better than to accept Sam’s half-hearted downplay of what he just gave up. Inevitably, Link and Billie will join Sam, unless an opportunity soon arises. 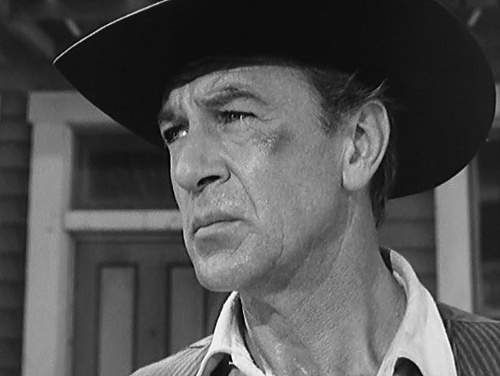 Doc wants to consummate the old father-son relationship with a bank job in the nearby town of Lassoo. The senile Doc is unaware that Lassoo is now a ghost town, but Link is aware of it and sees this as the opportunity to reverse the situation for Billie and for himself.

Billie is raped (off-screen) by Doc (shades of the biblical Lot) while, simultaneously, Link is killing Doc’s “sons” in Lassoo. In the showdown between Link and Doc, Link tells his father, “I have killed your sons. Lassoo is a ghost town, like you. You are a ghost who has outlived his usefulness.” Man of the West is brutal poetry and may well the best film of Mann’s entire oeuvre. Par for the course, MGM has issued it in a “ho-hum” release.